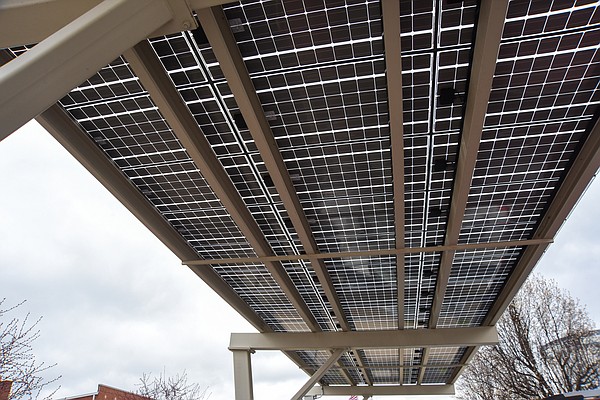 A group of residents against a potential solar project near New Bloomfield will host a town hall meeting with local leadership.

According to the group’s announcement, the town hall will be at 6:30 p.m. April 13 at the New Bloomfield High School gym with representation from the Callaway County Commission, New Bloomfield planning and zoning, the county assessor and the rural fire protection district.

The company NextEra Energy Resources plans to lease land for a solar power project that would span approximately 600 acres in Callaway County, mostly focused on the New Bloomfield area.

The project is not a done deal and remains in the early stages.

NextEra is looking to lease land from property owners — mostly farmers — to install solar panels. The panels would generate electricity to be sold to power suppliers in the area. It would generate an estimated 100 megawatts of energy.

At the earliest, the project could start in late 2024. The panels have an estimated lifespan of 25-30 years, although NextEra’s website says they can last up to 40 years with proper maintenance. At that point, NextEra could discuss with officials replacing the panels and continuing operations or shutting it down.

The company hosted an open house two weeks ago for residents to ask representatives questions, but many left unsatisfied with how the event was handled.

The residents are concerned about proximity of the solar panels to the school (along with how that could limit the school’s growth), depreciated property values, loss of agricultural land, emergency personnel’s ability to respond if a panel catches fire and a loss of tax revenue.

While not finalized, NextEra is in discussions with the Callaway County Commission about three financial agreements in lieu of tax agreements.

One would have NextEra set aside funds the county could access to uninstall the panels if the company goes under. Another would be a commitment to repair county roads damaged by trucks during installation of the panels.

The third would have NextEra pay a certain amount into local funds. The amount has not been confirmed.

During the April 13 event, officials will share what they know of the project and answer questions from residents.