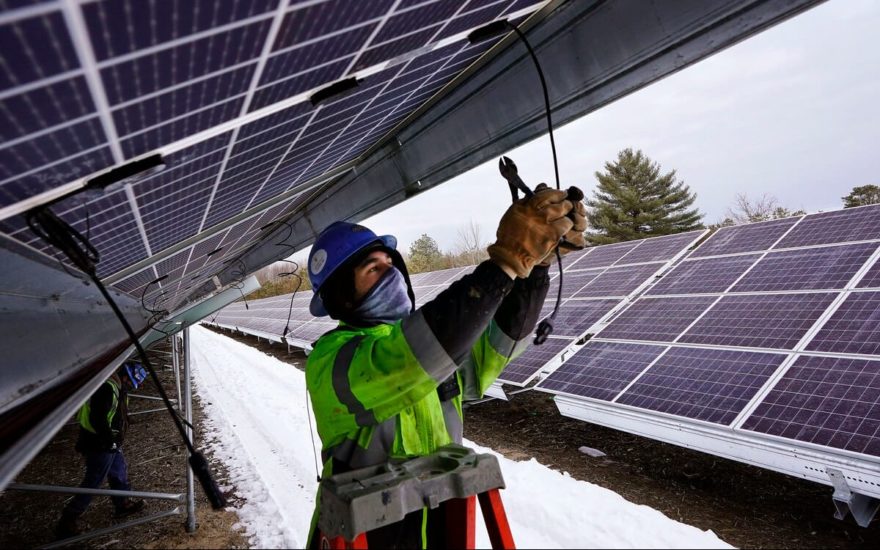 In the span of a few days, a New Hampshire developer had one proposed solar array approved with relative ease in Brewer, and another in Eliot halted after local residents pushed back.

The week before, an appeals board in the southern Maine town of Eliot halted a proposed solar array from Kellar’s company after nearby residents organized to stop the project. Eliot’s planning board had already approved Kellar’s project, but the appeals board overturned the decision.

As solar projects proliferate and grow more controversial in Maine, the proposed installation behind Lowe’s became the fifth the city of Brewer has approved since December 2020.

The first solar project approved by Brewer’s planning board was a five-megawatt array on Lambert Road, developed by Dirigo Solar.

The second project was a one-megawatt array on Wisell Road developed by Darling’s auto dealership, which cleared the planning board in March 2021. That project is the only solar array in Brewer under construction, according to City Planner Linda Johns.

The third solar project to be approved was a roughly five-megawatt array, also on Wisell Road, developed by Longroad Energy. That project gained approval in October 2021 and proposes to track the sun’s movements rather than remain at a fixed tilt like conventional solar arrays.

Johns said no other applications for solar projects have been submitted to city hall.

Brewer Mayor Michele Daniels credited the city’s willingness to its economic history and the composition of its land.

Brewer’s main exports throughout history have been ice, bricks and paper “because we had the resources for it,” Daniels said.

Rather than grow crops, ice was harvested from the Penobscot River and Brewer’s clay-rich soil was made into bricks that helped build cities from Boston to Bangor. At the brick industry’s height from the 1850s to the early 1900s, Brewer boasted about 20 brickyards that collectively produced millions of bricks each year, according to the Brewer Historical Society.

“We have open land, but no longer have farming there, which is what makes it a good place for solar,” Daniels said. “We’re not farmland, and if it’s unused land that doesn’t have any purpose, I don’t see why it can’t be used for solar.”

The roughly 18-square-mile city also has areas of wetlands that cannot be built upon, Daniels said. Solar developments, however, can be built in those areas, as long as they comply with Maine’s Natural Resources Protection Act and gain approval from the Maine Department of Environmental Protection. Under Maine law, solar development cannot “unreasonably harm freshwater wetlands,” according to the state Department of Environmental Protection.

Other nearby communities, meanwhile, have started shying away from allowing solar developments.

Town Manager Daniel McClung said residents raised the question of whether to ban large solar arrays, both because they’re a potential eyesore and because they could take up land that could be later used for agriculture, housing or other purposes.

“I think you see a trend right now across the state of Maine that we jumped in as a state with both feet into solar,” McClung said during the meeting. “You see a lot of solar farms if you drive across the countryside. We had quite a few comments from residents that they didn’t want that in Glenburn.”

Maine has 3,765 solar project installations in place statewide, according to the Solar Energy Industries Association. The number of solar projects increased dramatically after Gov. Janet Mills signed an expansion of the state’s net energy billing program into law in 2019, which created incentives for solar projects.

While developers have hundreds of pending solar project proposals, there’s a chance many will never be built as they wait in line to connect to an electric grid that’s not set up for the soaring number of smaller-scale solar projects.

More articles from the BDN