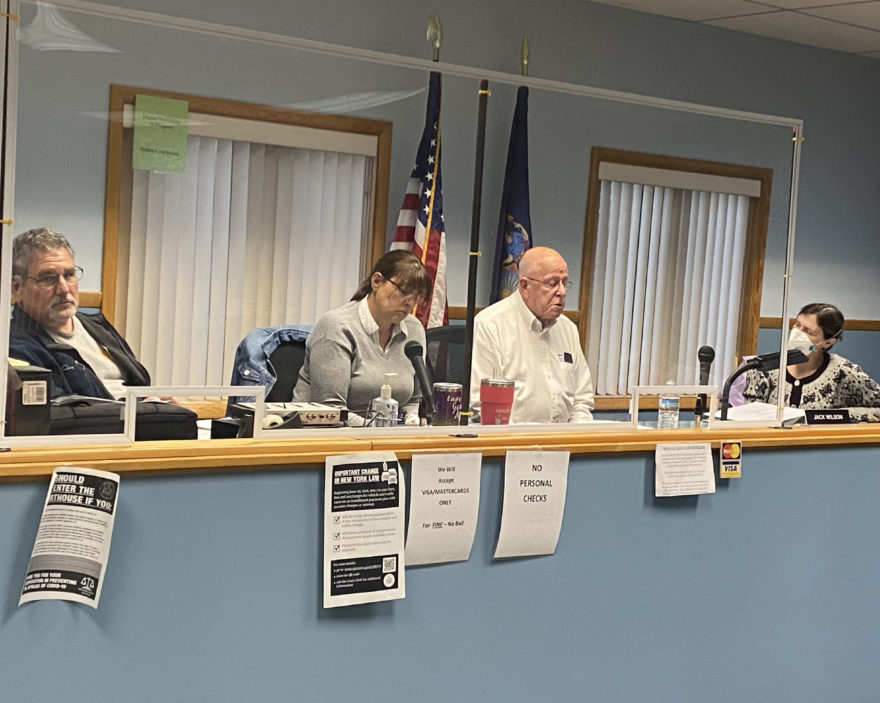 The Johnstown Town Board voted unanimously Monday night to re-approve a local law prohibiting the construction of any new solar farms in the town’s residential or commercial zones, but allowing them in Residential Agricultural Use zones and in Manufacturing One (M1) zones.

The Town Board first conducted a public hearing for the local law, during which no one spoke.

“We’re going to re-adopting the same text because it didn’t get filed in the same year with the (New York state) Secretary of State,” Everhart explained.

Everhart said no new State Environmental Quality Review Act process was necessary for re-passing the zoning change again because the Town Board had already completed the process before passing the law last year and had declared there would be no negative environmental impacts from passing the local law.

After the meeting Town Supervisor Jack Wilson explained why the zoning change was never filed in 2021.

“For some reason the Town Clerk [Nancy Hart] didn’t send it to the secretary of state, so tomorrow she’ll send this in, and typically in about seven days it’ll be effective,” Wilson said.

The zoning law replaces what had been a moratorium on solar farm development the town board had previously passed in the wake of a 20-megawatt solar farm approved for developer SunEast Limestone Solar in January 2021. The site of the SunEast solar farm is Bishop Road with parts of the 392-acre site in the towns of Perth and Johnstown.

A printed or version of Johnstown Town Local Law No. 2 of 2022 was not available Monday night, but the text of Local Law No. 2 of 2021 shows the law limits new solar farms in the town to 26 kilowatts of electricity generation per five acres of land, panels generating more than 26 KWs will require 10 acres, and the law has restrictions requiring eight-foot tall fences with self-locking gates and “vegetative screening” to prevent other property owners from seeing the panels, as well as a requirement that they be built no less than 200 feet from property lines.

Wilson explained why he supports the new zoning rules, and how the Town Planning Board will enforce them to limit new solar farm development.

“We’ve got some many of them here in the town, they’re getting-to-be a nuisance, so we wanted to restrict where they’re going,” he said. “And we’re trying to restrict having them on good farm land. Once that land is gone, it’s gone. They can still do it, but through the site planning process [the Town Planning Board will be requiring all necessary] crossing [of[ the ‘t’s and dotting the ‘i’s, with things like the trees around them, to hide them.”