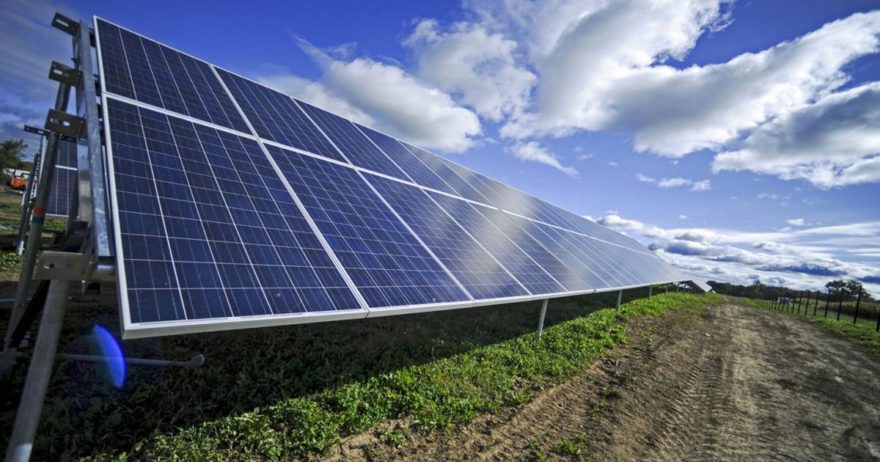 WATERTOWN — A San Diego-based renewable energy company is proposing a 110-megawatt, 520-acre solar project in the towns of Rutland and Watertown.

The Rutland Center Solar Project would be built along Route 126 and Route 12, straddling the town lines of Rutland and Watertown. Borrego Energy is the developer.

One of the biggest solar projects proposed in the north country, the solar array is expected to produce enough electricity to power more than 18,000 homes, according to Borrego company officials.

The company has not started the application process with the state Office of Renewable Energy Siting. Construction is planned start in 2024 and it would not be in operation until a year later. The project would follow ORES’ 94-c permitting process and environmental review for large solar projects.

Borrego plans to file the application by the end of the year. The company also has a contract with the New York State Energy Research and Development Authority under the 2020 Renewable Energy Standard solicitation.

The company held an open house on Thursday at the Watertown Fire Department station, giving residents a chance to find out more about the project.

A few residents attending the open house said they had been aware of the project for a couple of years. The company was not required to start the public outreach for another four months.

“We wanted to get some public input early on,” Ms. Grossman said.

She and Jerry Leone, senior civil engineer with the company, have been regularly attending Rutland Town Board meetings since July. They also have talked to the Watertown Town Planning Board about it.

They have contacted the Jefferson County Industrial Development Agency about a potential payment in lieu of taxes, or PILOT agreement.

The company would lease farmland for the solar project. About 10 to 12 farms are involved in the project, with two to four that will continue to be involved in the agricultural industry after the solar farm gets built, Mr. Leone said. Some critics of solar projects have expressed concerns about losing prime farmland. Company officials were unable to say on Thursday how much fertile agricultural land would be used for the project.

The company will try to comply with local zoning laws, Mr. Leone said.

Some municipalities have been leery about what happens to a solar project after it’s no longer useful.

The company said it would comply with the state’s decommissioning requirements, including removing all aboveground equipment at the end of solar farm’s life, Ms. Grossman said.

Construction would take between 12 and 14 months, generating between 200 and 300 construction jobs. The project would generate about $6 million in local tax dollars.

Borrego has three other projects in the north country.

In a separate project, the company plans to build one or two wind turbines near the site.

Borrego’s public outreach for the Rutland-Watertown project comes after another large solar project completed its application with the state.

According to ORES, Boralex Inc., Kingsey Falls, Quebec, finished its application to erect a 120-megawatt solar project on 2,655 acres in the towns of Watertown and Hounsfield. The sprawling Greens Corners solar project spans several noncontinuous parcels southeast of the Watertown International Airport, southwest of the city and west of Interstate 81. The application was submitted about two weeks ago.

As an Amazon Associate I earn from qualifying purchases.