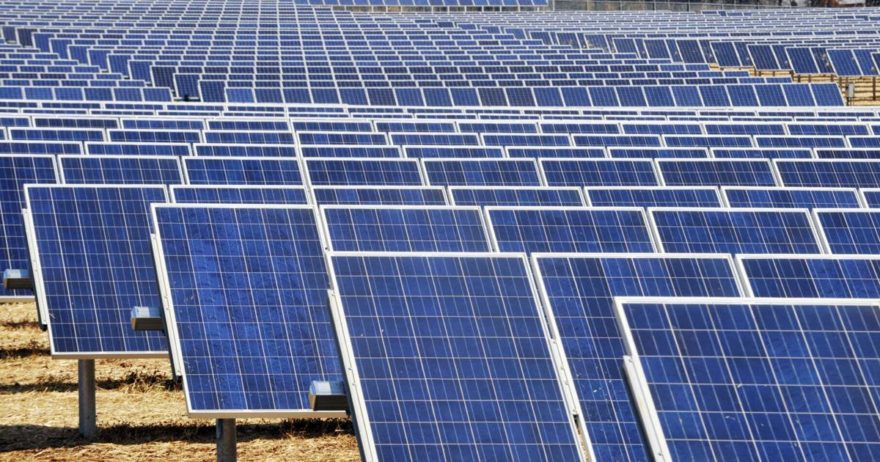 One of North Carolina’s largest owners and operators of renewable energy facilities is seeking state approval to develop a $104 million solar farm on nearly 500 acres in Davidson County.

The development, straddling N.C. 109 just south of the Denton town limits, would have a power capacity of nearly 80 megawatts and produce more than 179,000 megawatt-hours per year using 189,000 solar panels, according to an application filed with the N.C. Utilities Commission.

That would be enough to serve the equivalent of about 16,000 homes for a year. In its application, Cypress Creek Renewables says it will either lease or purchase land from multiple owners. Combined, the tracts involved are valued at nearly $3 million, according to county tax records.

The proposed site, about a mile south of Denton’s downtown, is mostly farmland and forest, although rows of panels would abut the backyards of about a dozen homes, according to preliminary plans submitted to the state.

Cypress Creek would sell the power generated to Duke Energy. The company said in its application that it’s targeting October 2025 to begin production at the site. In a review of plans for the project, the North Carolina Wildlife Resources Commission expressed “concerns for the size of the solar project and its potential impact on terrestrial and aquatic resources.”

The commission’s recommendations included adding wildlife corridors on the site, creating buffers along streams and growing ground vegetation before panels are installed to minimize runoff and erosion.

A company spokesperson did not immediately respond to a request for comment Wednesday.

Duke Energy Corp. and Sun Edison began operating a 17.2 megawatt solar farm in Davidson County in January 2021. The 200-acre facility is in Linwood, just south of Lexington. The company reported last week that its renewable energy capacity increased 20% in 2021.

Wind and solar combined accounted for 9% of Duke’s total capacity, up from 5.6% a year earlier.

The company has set a target of 40% renewable energy by the middle of the century. Wind (nearly 3,000 megawatts in 2021) continued to outpace solar (almost 2,000 megawatts) in Duke’s clean energy portfolio. Duke generated close to 54,000 megawatts across all sectors in 2021.

John Deem covers climate change and the environment in the Triad and Northwest North Carolina. His work is funded by a grant from the 1Earth Fund and the Z. Smith Reynolds Foundation.