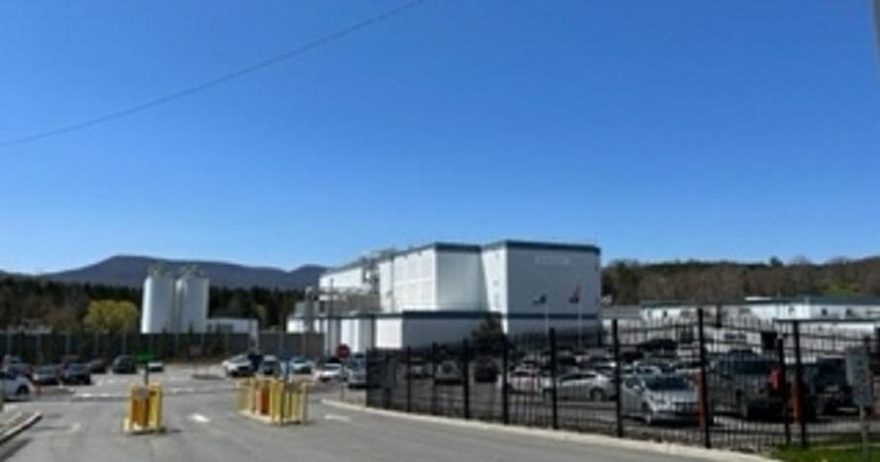 EAST DURHAM — GlaxoSmithKline Consumer Health Care is located in East Durham, but its large solar power generator field was built 90 miles away from the plant that produces toothpaste and other goods for the United States and Canadian markets, a company spokeswoman said Friday.

Little is known about the GSK Consumer Healthcare site. Greene County Administrator Shaun Groden said Thursday he does not believe it was constructed in Greene County.

While the manufacturing plant, formerly known as Stiefel Laboratories and a leading producer of soap products, is located in Greene County, the 17,000-panel solar array with an estimated electricity generation capacity of 6.9 megawatts is located 90 miles away in an undisclosed location in the Catskill Mountains. The Oak Hill site on Friday did not allow access to its East Durham location.

“The solar site is 90 miles away from GlaxoSmithKline’s East Durham location, but still within New York state,” said Sarah Miller, a spokeswoman for GlaxoSmithKline. GlaxoSmithKline and Ameresco held an internal ribbon cutting earlier this week to open the new installation.

The main facility on Route 145 manufactures the oral health care Sensodyne, Pronamel and Paradontax. The company announced the solar project had been completed Wednesday in partnership with Ameresco, a leading renewable and energy efficiency company based in Framingham, Massachusetts. According to a statement from the company, “In addition, at Oak Hill in New York, a major manufacturing facility in GSK’s Consumer Healthcare network, GSK is confirming today that through new investment in solar energy production, it will achieve the landmark of converting 70% of power consumption to solar energy by the end of 2021.”

The solar farm for the GSK Consumer Healthcare site in East Durham is the 12th in which the company has made investments. The project will enable the GlaxoSmithKline Consumer Health Care site in Oak Hill to reduce its carbon emissions.

As an Amazon Associate I earn from qualifying purchases.