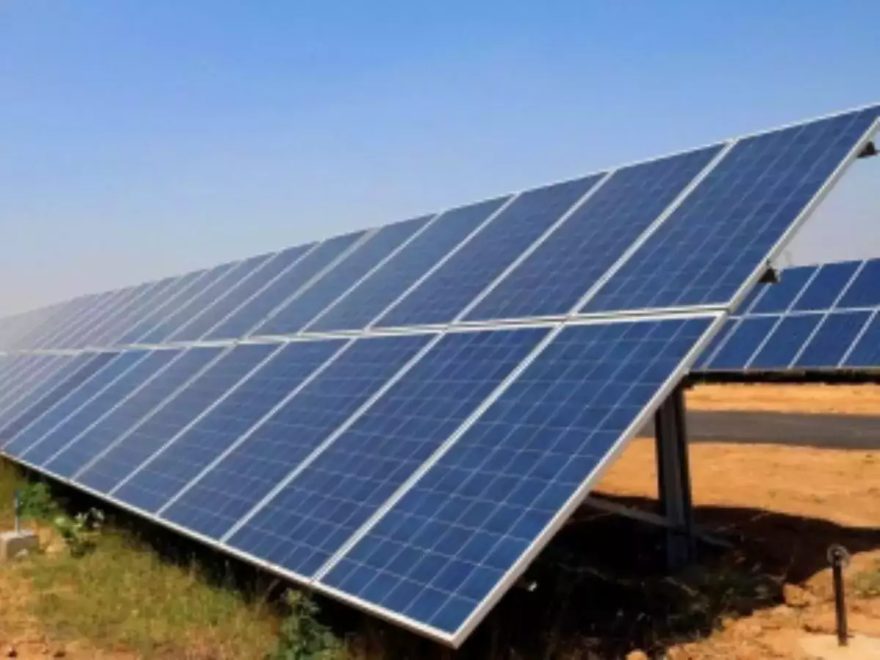 India is projected to fall “well short” of its target for 2022 of having 100 gigawatts (GW) of installed solar capacity, largely due to slow uptake of rooftop solar, a new report by JMK Research and the Institute for Energy Economics and Financial Analysis (IEEFA) said on Tuesday.


As of December 2021, India’s cumulative installed solar capacity was 55GW, with grid-connected utility-scale projects contributing 77 per cent and the balance coming from grid-connected rooftop solar (20 per cent) and mini or micro off-grid projects (three per cent).

With just eight months of 2022 remaining, only about 50 per cent of the 100GW target, consisting of 60GW of utility-scale and 40GW of rooftop solar capacity, has been met.

Approximately 19GW of solar capacity is expected to be added in 2022 — 15.8GW from utility-scale and 3.5GW from rooftop solar.

“Even with this capacity addition, about 27 per cent of India’s 100GW solar target would be unmet,” says report co-author Jyoti Gulia, Founder, JMK Research.

The report projects that by December 2022 there will be a 25GW shortfall in the 40GW rooftop solar target, compared to just 1.8GW in the utility-scale solar target.

“Utility-scale solar capacity addition is on track. India is set to achieve nearly 97 per cent of its 60GW target,” says Gulia. “This makes it imperative to have a more concerted effort towards expanding rooftop solar.”

“The anticipated 27GW shortfall from the 2022 solar target can be attributed to a string of challenges which are slowing overall progress on renewable energy targets,” says co-author Vibhuti Garg, Energy Economist and Lead India, IEEFA.

On the current trajectory, the report finds India’s solar target of 300GW by 2030 will be off the mark by about 86GW.

These challenges include: regulatory roadblocks; net metering limits; the twin burdens of basic customs duty (BCD) on imported cells and modules and issues with the Approved List of Models and Manufacturers (ALMM); unsigned power supply agreements and banking restrictions; financing issues plus delays in or rejection of open access approval grants; and the unpredictability of future open access charges.

The report proposes short- and long-term measures to get India back on track to meet solar targets.

In the long-term, stricter enforcement of the renewable purchase obligation and improved financial health, and potentially privatisation, of distribution companies (discoms).

In rooftop solar, state-level efforts such as Gujarat’s Surya Scheme need to be replicated by other states in the short-term to help in boosting capacity, says Gulia.

“It is also likely that the government, in the short-term, will push aggressively for expediting solar capacity addition to achieve the 100GW target by 2022 by re-allocating some of the unmet rooftop target to utility-scale generation.”

SEE ALSO:
Koo cofounder urges Elon Musk to work with Twitter’s rival in India
Netflix introduces Two Thumbs Up for shows and movies you really, really like and want to see more of