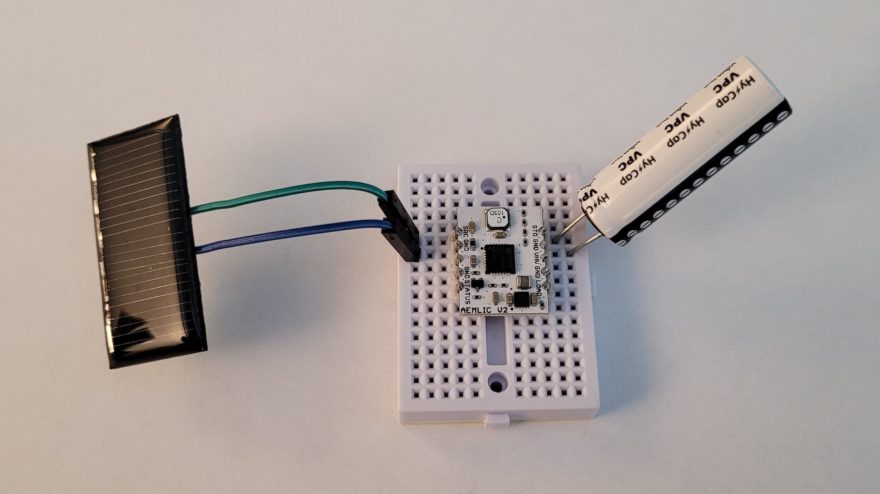 The sun is a great source of energy, delivering in the realm of 1000 watts per square meter on a nice clear day. [Jasper Sikken] has developed many projects that take advantage of this power over the years, and has just completed his latest solar harvesting module for powering microcontroller projects.

The concept is simple. A small solar panel is used to charge up a lithium ion capacitor (LIC), which can then be used to power other projects. We first saw this project last year, when it was one of the winners of Hackaday’s 2021 Earth Day contest. Back then, it was only capable of dishing out 80 mA at 2.2V.

However, the latest version ups the ante considerably, delivering up to 400 mA at 3.3V. This opens up new possibilities, allowing the module to power projects using technologies like Bluetooth, WiFi and LTE that require more current to operate. It relies on a giant 250 F capacitor to store energy, and a AEM10941 solar energy harvesting chip to get the most energy possible out of a panel using Maximum Power Point Tracking (MPPT).

It’s a useful thing to have for projects that you’d like to run off the sun, and you can score one off Tindie if you don’t want to build your own. We’ve seen [Jasper] pull off other neat solar-powered projects before, too. Video after the break.