By Andrew Court For Dailymail.com

Researchers at Indiana’s Purdue University have manufactured the world’s whitest shade of paint – a creation they believe has the ability to slow the process of global warming.Â

The team, led by mechanical engineer Xiulin Ruan, say the shade of white is so bright that it reflects 95.5 percent of sunlight that hits its surface.Â

In a scientific paper published this month, the group proclaim that the bright paint could be applied to rooftops of buildings around the world to keep them naturally cool.Â

As the sun would reflect most of its heat back off the top of the structures, buildings would no longer need expensive electrical air conditioners to keep their interiors at a moderate temperature.Â Air conditioning is often considered a huge contributor to greenhouse gas emissions.Â Â

This processÂ  of the sun reflecting back off of surfaces is known scientifically as ‘passive radiative cooling’.Â Â 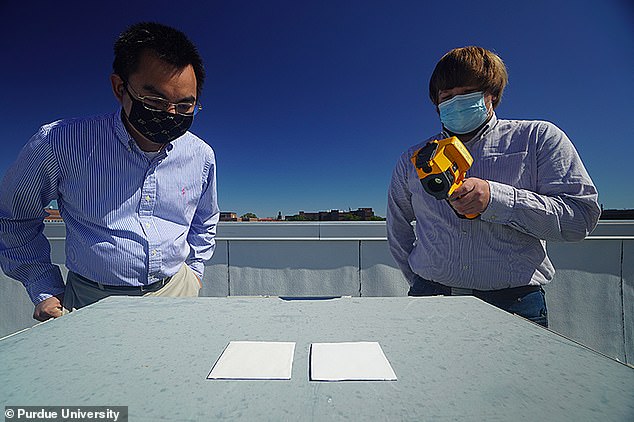 Researchers at Indiana’s Purdue University have manufactured the world’s whitest shade of paint – a creation they believe has the ability to slow the process of global warming. Research leader Xiulin Ruan is pictured left. The team is seen using an infrared camera to compare the cooling performance of white paint samplesÂ 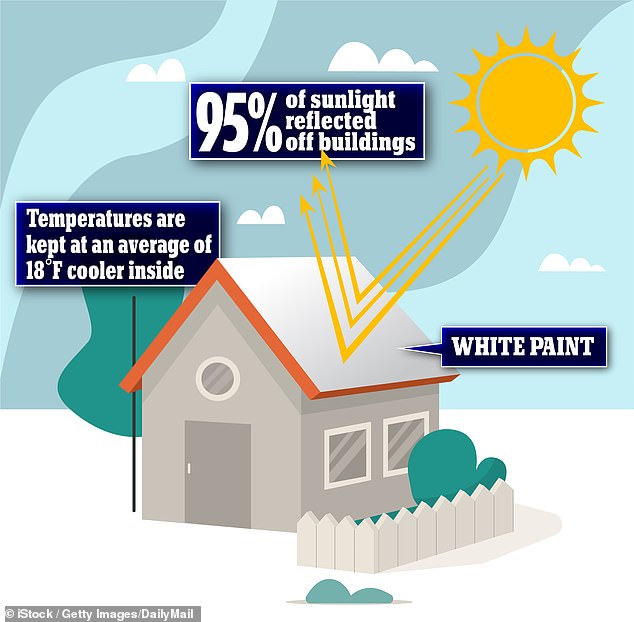 As the sun would reflect most of its heat back off the top of the structures, buildings would no longer need expensive electrical air conditioners to keep their interiors at a moderate temperature

The group’s research has demonstrated that their new shade of white paint – which does not yet have a name – can cool down surfaces by a whopping 18 degrees Fahrenheit.Â

The paint is even cool to the touch.Â  Â

Prior to the group’s creation, the whitest shade of paint only managed to reflect between 80 and 90 percent of sunlight.Â

What makes this paint different is that it features calcium carbonate (CaCO3)Â  – a chemical compound found in limestone, shells and chalk.Â

Calcium carbonate is extremely abundant, meaning that this new white shade of paint is relatively cheap to produce.Â

While the painting the surfaces of buildings in this new white paint may not be quiteÂ  as environmentally effective as installing solar panels, it will be significantly more cost effective. 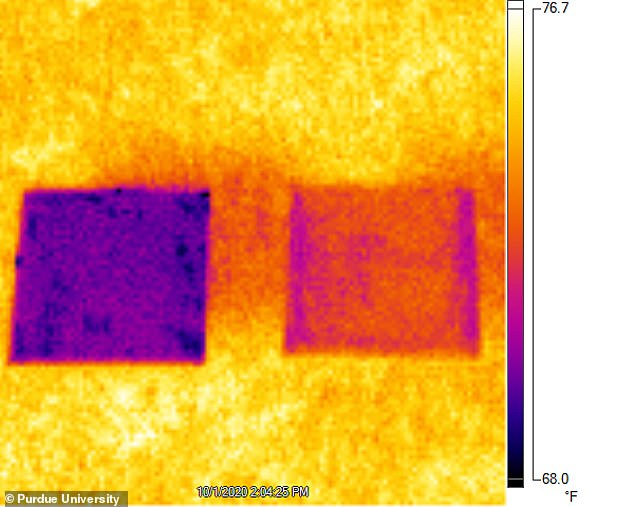 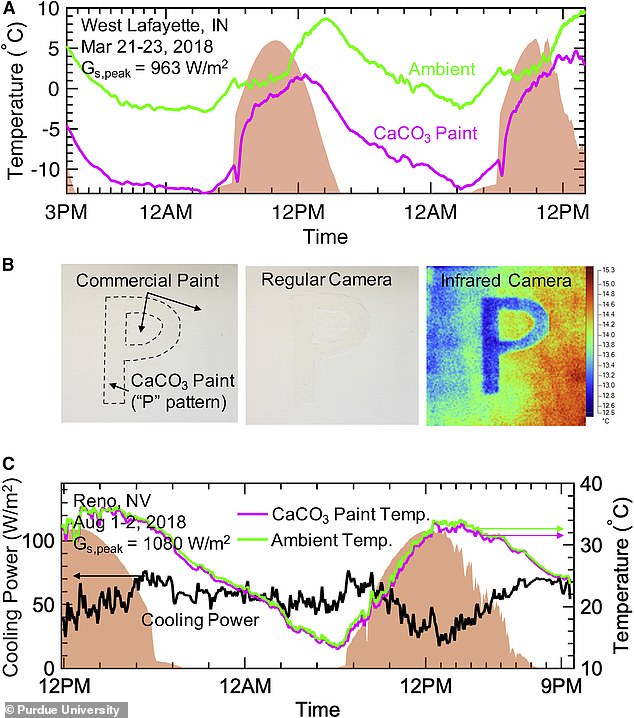 ‘Our paint is compatible with the manufacturing process of commercial paint, and the cost may be comparable or even lower,’ Ruan told Science Daily.

‘The key is to ensure the reliability of the paint so that it is viable in long-term outdoor applications.’

Ruan and his group of researchers say the cooling paint could even be applied to other objects, including cars and telecommunications equipment, such as 5G towers.Â Â

However, there is one catch that environmentalists are still considering.Â Â

The new white paint may be problematic during the colder months of the year if it is applied to rooftops and other surfaces.Â

Given that the paint can keep temperatures up to 18 degrees cooler, some critics say heating costs and consumption will rise during winter months, meaning that the positive environmental impacts of decreased air conditioning would be cancelled out.Â