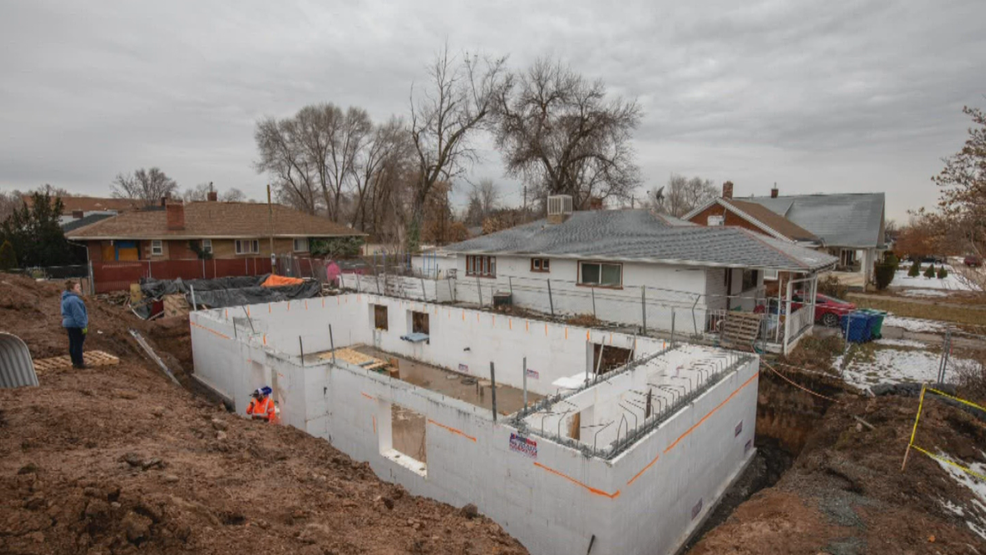 From the curb, the Weber State class project on Quincy Avenue doesn‚Äôt appear all that different from other homes, but it‚Äôs full of surprises.

It‚Äôs all electric ‚Äî there‚Äôs no gas furnace or any kind of combustion in the home. The annual energy cost is about $100.

And in a field overwhelmingly dominated by men, the project‚Äôs student manager is Janae Thomas-Watson.

She returned to college in her mid-30s as a single mother to study construction management.

‚ÄúThey call us non-traditional students,‚Äù she said. ‚ÄúWe tend to be a little more devoted with our school. Our risks are bigger.‚Äù

The team of 30 students Thomas-Watson leads is about an even split between men and women.

Thomas-Watson spends a lot of time communicating the benefits of the student‚Äôs design and execution on the job site.

‚ÄúI would say this is the future of home building. We can‚Äôt keep doing what we‚Äôve always done.”

Over the course of a year, the home‚Äôs solar panels will produce as much power as the home‚Äôs inhabitants consume ‚Äî a distinction dubbed ‚Äúnet zero.‚Äù

It owes much of its efficiency to its construction and a non-traditional HVAC system. The home‚Äôs bones are concrete and foam pieces that fit together like LEGOS.

‚ÄúWhat that really means is you‚Äôre paying to heat your home five to seven times per hour,‚Äù he said. ‚ÄúWe‚Äôre only paying to heat or cool our air half a time per hour.‚Äù

The HVAC system is one he says is popular in Europe, but not commonly seen in the U.S. Some consumers here view the system as less aesthetically pleasing because of its visibility around the home.

It uses a series of wall or ceiling-mounted units in every room called mini splits that move heat from room to room, depending on where the people are. They use refrigerant lines as opposed to a traditional duct system.

‚ÄúIt takes very little energy to move heat from one place to the other. It takes a lot of energy to create heat.‚Äù

By moving heat around within the home, Farner said it allows the system to lessen its dependence on an outdoor compressor that consumes lots of energy in the average home.

A home with solar panels is still connected to the local power grid. Because solar production peaks during daytime sunlight when many people are away at work or school, solar systems bank their energy in the grid.

Think of the grid like a battery. The home sells excess daytime energy to the grid and then buys it back later when it needs it. But there‚Äôs a catch.

So to maximize the value of their solar panels, the Weber State team installed a smart water heater programmed to super heat water during hours of peak solar production.

That allows the home to use more of the energy it creates during the day, while also keeping it adequately prepared to supply hot water at night when the panels aren‚Äôt producing.

Farner said students at Weber State were involved in everything, from designing to framing to permitting. And they‚Äôll do it again and again.

The university has a partnership with Ogden City, in which Ogden donates the land. The city picks properties that are vacant or dilapidated and offers students a chance to build something that will improve the neighborhood.

The university will sell the home students created this spring and roll the profit into materials to build the next home.

‚ÄúThis is a perpetual fund to build a home every year,‚Äù Farner said.

The home on Quincy Avenue has six bedrooms and three bathrooms and will sell for about $300,000. The team envisions it as a home where two generations of a family can live together under one roof.

Weber State University has a stated goal of becoming a net zero campus by 2050. It‚Äôs reduced electricity consumption since 2007 by 32%.