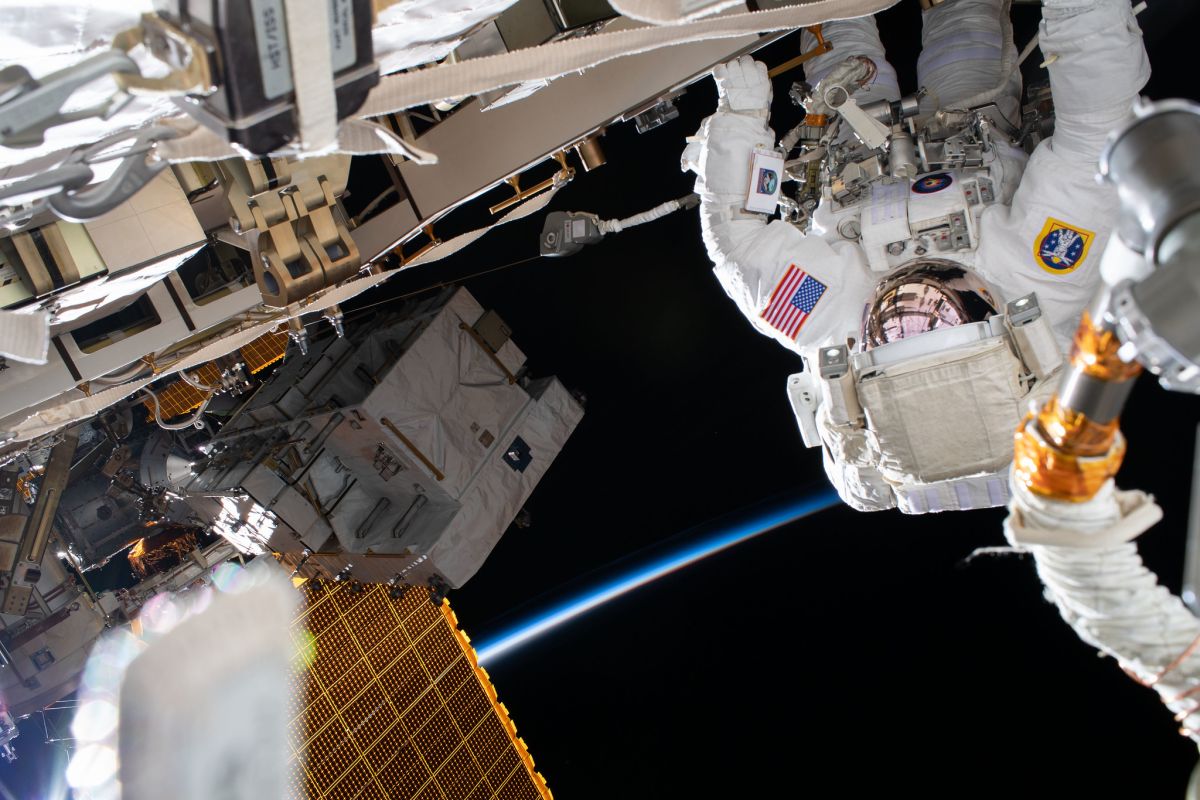 NASA astronauts Chris Cassidy and Bob Behnken are about to emerge back in the black.

The spacewalking duo will make a fourth excursion outside the International Space Station (ISS) for Expedition 63 Today (July 21), and you can watch the entire thing live here on Space.com, courtesy of NASA TV, or directly via the agency’s website. The spacewalk began at 7:12 a.m. EDT (1112 GMT).

Both astronauts, about to embark on their 10th career spacewalk each and the 300th spacewalk involving NASA astronauts, zoomed so far ahead of schedule during their last extravehicular activity on Thursday (July 16) that they are all done with the scheduled battery replacement work expected of them on July 21.Â

During their spacewalks together, the astronauts continued ongoing work to swap 48 aging nickel-hydrogen batteries on the International Space Station’s solar arrays for 24 more efficient lithium-ion batteries, which should keep the station powered until at least 2024. After today’s spacewalk, only one more lithium-ion battery needs to be installed to complete the 3.5-year upgrade performed by several crews. The battery’s install date hasn’t been announced yet.

With the battery work largely finished, NASA’s ISS blog reports, Behnken and Cassidy are expected to service the station’s starboard truss structure, where the new batteries are located. They will also do some work to the U.S. Tranquility module to get it ready for a new commercial airlock from NanoRacks that will support future commercial modules. (The airlock will be delivered later this year via a SpaceX flight).

It will be a busy couple of weeks at the International Space Station after this spacewalk is over, the blog adds.

Russia is scheduled to launch a Progress resupply ship on Thursday (July 23) at 10:26 a.m. EDT (1426 GMT or 8:26 p.m. local time in Baikonur, Kazakhstan). On board the spacecraft will be nearly three tons of food, fuel and supplies for the Expedition 63 crew, and it is expected to dock with the space station 3.5 hours after launch.

About a week later, Behnken and Expedition 63 crewmate Doug Hurley will depart the station on a SpaceX Crew Dragon spacecraft. SpaceX and NASA are planning to bring the crew back to Earth on Aug. 1, weather depending. If all goes to plan, they will splash down 19 hours after undocking, on Aug. 2, off the Gulf coast of Florida. They became the first astronauts launched to orbit on a commercial crew vehicle on May 30.