Walking It Off | Columns – CapeNews.net 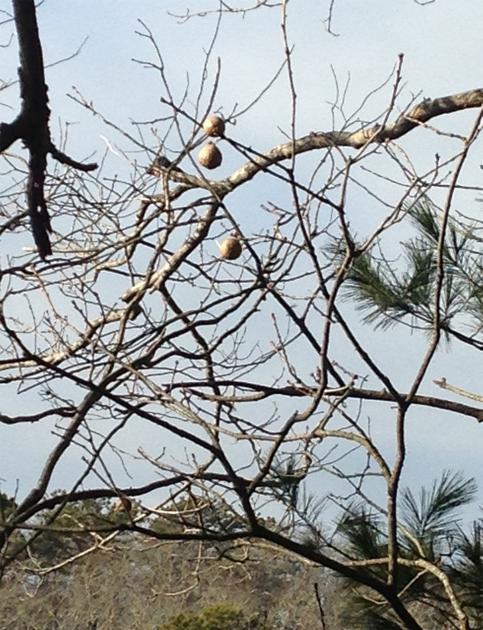 Itā€™s been a funny kind of winter so far, full of doom and gloom in the news and out our windows. The world is burning up, flooding, losing its diversity and perhaps its will to survive. And still, many just skip along singing their song and putting lots of paper dollars in the bank. Those flimsy dollars wonā€™t matter when the oxygen and water are compromised, but they donā€™t care. Lalalalalalalalala.

For those of us who do care, there is much to do to try and save whatā€™s left. We need to stop wringing our hands while watching a computer or phone screen. We need to put down the screens and get out there, get involved, do something besides moan and groan. Begin with simple things, like stop buying stuff wrapped in plastic. Stop driving a gas guzzler. Invest in solar panels. Replace cleaners, pesticides and herbicides with old-fashioned, safe alternatives. Eat less meat. Wear clothes until they wear out. Stop voting for climate change deniers and environmental vandals.

Think sustainably. Channel your inner grandma, who lived through the Depression. Join an organization that is actively doing something; then roll up your sleeves and join them. There are many to choose from.

Itā€™s hard to stay positive in a world that seems to be going mad. I maintain that walking is a good antidote to the craziness. Get outside. Listen to the birds instead of the talking, scarily groomed heads of television so-called news. Even when birds are calling or muttering to each other, they make more sense than the talking heads.

Thereā€™s something about walking through acres of trees and shrubs that is calming, reassuring. Plants are the basis of our survival. Without them, we will die. Not only do they give us oxygen, but also food, medicines, dyes, homes and more. They donā€™t say much, or at least much that we can understand. They seem to grow in all sorts of conditions, as do we. Even the toughest, hardest, cruelest of environments allows some to survive, even prosper. I recently finished a book about a young woman who not only made it through seemingly impossibly horrible things throughout her childhood, but who ended up thriving, not just surviving. She made me think of cacti, those amazing plants that adapted to a grueling, unimaginably difficult life in inhospitable deserts. Not only do they persevere, they flower.

Even on the darkest, coldest winter days there are buds to be found, buds that will grow and expand into flowers, fruit, berries and leaves. Some will be eaten by deer and rabbits, but that is not wasteful. The deer and rabbits will be food for others and the buds will live on as energy shared. If you think about the meat you eat, almost all the animals and birds we eat are vegetarians. We are benefiting from plant energy indirectly.

Beneath the leaf litter are hundreds, thousands of tiny eggs and creatures that make the world go round. These are the invertebrates, insects, arachnids, crustaceans and worms that will rise from the dirt to become beetles and moths, roly-poly bugs, spiders, bees and wasps. All have their place in the circle of life. Many, such as worms and many beetles, also help break down what is dead and left behind into usable nutrients, extending life energy well beyond physical death.

Winter walks allow us to see the bare bones of the life around us. Everything is laid out, plain and simple. We see where the marsh creeks are, the vernal pools, the places where ice never freezes over due to a warm spring beneath. We see the tracks of the animals that live around us, in mud, sand and snow. We watch birds that forage in bare branches and wrest insect larvae and spiders from crinkled bark. We notice hawks keeping vigil that we might visually skip right over in leafier, lusher times.

Winter gives us a good idea of what living without greenery, without abundance, would be like.

It is, perhaps, time we should look at the scarcity and severity of winter and wonder if we really want it to become a permanent thing. It doesnā€™t have to be cold to become barren and wasted. Pictures from Australia will give you a pretty good idea of what excess heat and fire can do to a once lush and green area. Almost all deserts were once vital places full of life and water. We can walk a lot off, but in the end, we probably canā€™t walk off ruining our home. There are really big choices to be made in the next year. What will your choice be?

Mary Richmond is an artist, writer, naturalist, and educator who grew up on the Cape and lives in Hyannis. More information at www.capecodartandnature.com.