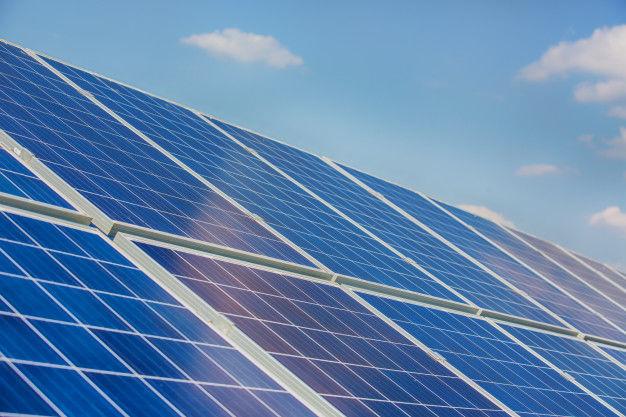 VERNON â€” Solar panels that are projected to save the town over $1.2 million over the next 25 years could be installed before the winter, Town Administrator Michael Purcaro says.

The town plans to install solar carport canopies at the police department and the new Center Road School parking lot, a roof-mounted solar panel array at Northeast School, and a free standing array along the wooded area by Lake Street School. Some trees will be removed at Lake Street, but how many is unclear at this point.

The project is being handled by Earthlight Solar and Energy Solutions, the Ellington-based company that installed solar equipment through Solarize Vernon, a state-backed program to allow residents to transition to solar energy at home at little to no cost.

The town is entirely dependent on traditional, line-based electricity, Purcaro said, but is working to implement solar energy as part of its Sustainable Community Initiative.

â€śIt really reflects our priorities,â€ť Purcaro said, adding that officials are â€ślooking for cleaner and greener energy in our community.â€ť

The town is part of Sustainable CT, a voluntary certification program through which municipalities must meet various requirements in areas including energy and transportation. The town received Sustainable CTâ€™s silver certification, which is the highest certification awarded through the program, last year, and Purcaro said the new solar panels on town property would help maintain that certification going forward.

A third-party financier, New York-based Madison Energy Investments, is handling the cost of the equipment, according to Earthlight CEO Tim Schneider. Purcaro said a power purchasing agreement would allow the town to purchase and install the equipment at no cost to taxpayers.

â€śThe amount of money it could cost for us to do this on our own up front would be a huge capital expenditure for the town,â€ť Purcaro said. â€śBy using a power purchasing agreement we spread that out over time and each year we make sure the amount of electricity weâ€™ll be generating will be a savingsâ€ť compared to the current cost.

Schneider said Madison Energy Investments would own the solar structures for 25 years and sell power to Vernon at a flat, affordable rate during that time.

Officials have been planning this project for over a year, and Purcaro said officials have taken into account some residentsâ€™ concerns about the aesthetics of the carport canopies.

â€śWeâ€™re very mindful and sensitive to the historic value of our community,â€ť he said. â€śWe want to make sure (the project) fits our community; we want it to look good in the community.â€ť

Schneider said the canopies would be no higher than 13 feet, which is much shorter than similar structures that are made to accommodate large trucks.

Purcaro said an added benefit to the canopies would be that police vehicles are shielded from snowstorms. He said officers normally must clean off all cars before moving them off the lot â€” sometimes multiple times during a single storm â€” to allow the lot to be plowed.

â€śPutting canopies behind the police department really makes sense from a public safety standpoint,â€ť he said.

, adding that spending time during a shift making sure cars are able to leave the lot is not an ideal use of police resources.

Purcaro said the goal is to begin working on the project immediately so it can be finished by winter.