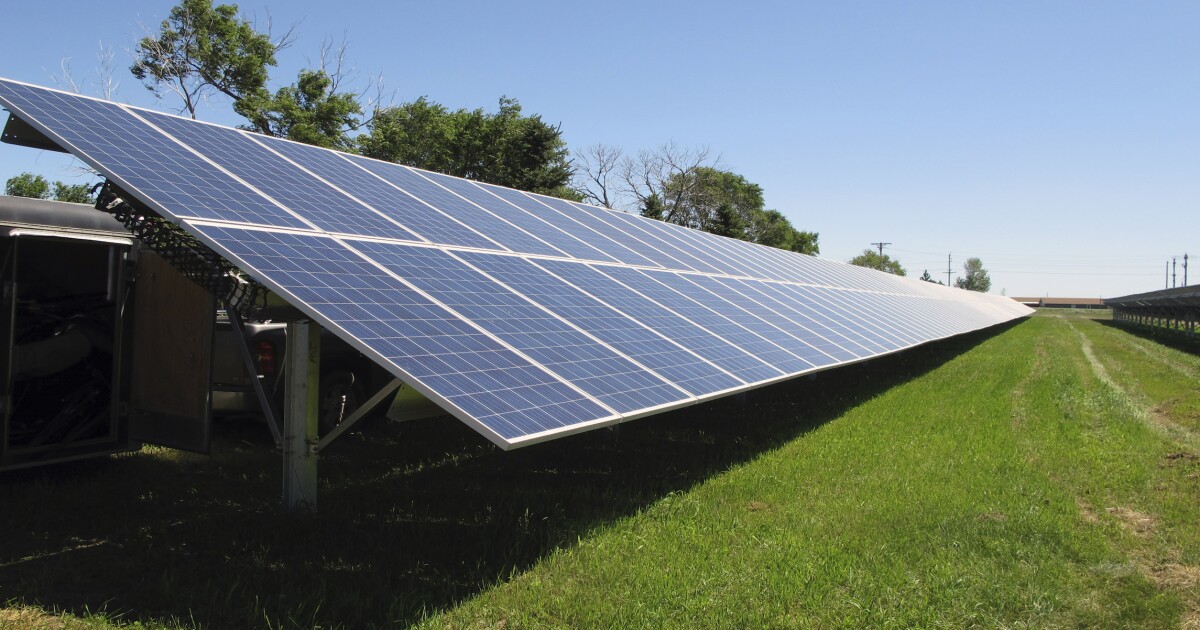 The White Houseâ€™s tariffs, meant to boost the domestic solar panel industry, havenâ€™t benefited most companies, who say they would rather the administration get rid of the levies instead.

The International Trade Commission, a federal agency, reported on Friday that the tariffs of up to 30% placed on the imports of panels and the key components of panels two years ago had not prevented imports from rising or domestic companies from going out of business.

The report found that some major U.S. solar cell producers had ceased production, leading to declines in domestic production and capacity. Makers of finished solar panels had declined initially, then showed some recent improvements, but their overall record was mixed.

The Solar Energy Industries Association, a trade group that represents companies across the entire industry, called for the administration to remove the tariffs, saying that the ITC report was further proof the trade policy had actually constrained demand for panels rather than expanding it. SEIA had opposed the imposition of the tariffs.

â€śWe have 1,000 member companies that represent the entire solar supply chain, and overwhelmingly, those companies do not support the tariffs as a way to incentivize manufacturing,â€ť said John Smirnow, international trade expert for the SEIA. â€śItâ€™s only a couple of companies that are supportive of them.â€ť

The group estimates that the tariffs have prevented 62,000 jobs, cost $19 billion in industry investment, and resulted in 10 fewer gigawatts in domestic solar power capacity nationally. â€śThe industry is growing, but if the tariffs werenâ€™t in place, weâ€™d be doing better,” Smirnow told the Washington Examiner.

For some domestic manufacturers, though, the tariffs have been a boon, by pricing out imports of solar cells and other panel components, helping the remaining companies that make those components be more competitive. Tom Werner, head of Sunpower, told Bloomberg in December that the industry was growing thanks to the tariffs, pointing to a 25% rise in the purchase of the U.S-made panels, up considerably from two years ago. Sunpower did not respond to a request for comment.

The White House instituted the tariffs in 2018 in response to requests from a handful of manufacturers. At the time, the administration said the levies were needed because manufacturers had been â€śseriously injuredâ€ť by imports. â€śThese cases were filed by American businesses and thoroughly litigated at the International Trade Commission over a period of several months,â€ť U.S. Trade Representative Robert Lighthizer said in 2018.

According to the ITC report, released Friday, the financial performance for those who produced the parts for solar panels had â€śgenerally declined,â€ť with only one solar-cell maker still in operation at the beginning of 2019. The performance of those companies built solar panels â€śshowed mixed results,â€ť with imports and employment declining in the first year but rebounding in 2019.

Exactly how much impact the tariffs had is hard to judge. The ITC contained no actual figures, having based its findings on confidential internal industry reports provided to the agency.

â€śThe tariffs have led to new U.S. module production investment, but we havenâ€™t seen any investments in U.S. cell manufacturing,â€ť Smirnow said. SEIA ideally wants the tariffs rolled back but would accept moderating them in the case of imports of solar cells.

A spokesman for the USTR could not be reached for comment.