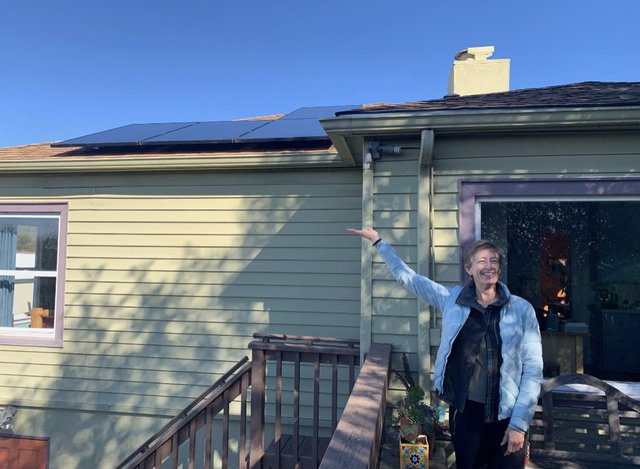 One of the nation’s fastest-growing solar energy companies has helped thousands across five different states make the switch to solar since it was founded in 2017, and its home office is right here in Turlock.

Solar Energy Partners was first started four years ago by brothers Alex and Clint Williams along with Dave Madrid, who each had decades of experience in the solar industry already. The company offers a “white glove” service in researching, comparing, selecting and installing residential solar panels for customers, saving homeowners nearly $118 million since they first began.

SEP grew at an astounding rate of 500% during the pandemic, most recently announcing a merger with another solar company, The Standard — a move which will allow the company to expand its footprint into several other states in addition to those where they are already established, including California, Colorado, Florida, Nevada and Texas.

Though their corporate office is located in Turlock, SEP installs solar panels on homes whose owners are mainly Pacific Gas and Electric customers, Alex Williams said, as Turlock Irrigation District bills its customers for solar differently. TID customers with solar panels are billed according to a self-generation rate, which include time-of-use energy charges, whereas PG&E customers are able to see unused energy “rollover” to the next month.

In 2014, TID set a 5% cap for installed net metering meaning that once the limit was hit, new solar installations no longer qualified for the previous net metering program, which includes the opportunity to aggregate multiple solar systems or being netted on an annual basis.

“In Turlock, there are two groups of people who have solar,” Williams said. “They’re either in that original 5%, or they’re someone who wasn’t as worried about the economics of it and wanted solar so that they could be a part of the solution. Or, they’re just tech-savvy and want the latest solar technology.

As a result of the merger with The Standard, SEP now has 500 contractors throughout the five states where they operate, including California offices in Santa Rosa, San Jose, Stockton, Sacramento, Fresno, Bakersfield, Los Angeles, Orange County and San Diego in addition to Turlock.

Recent figures released by NASA show that 2020 came in close second to 2016 for the hottest year in recorded history, pushing 2019 to third place. With the increased heat has come increased solar popularity, both for energy cost savings as well as environmental purposes, Williams said.

The company is also constantly recruiting employees for its rapidly expanding business, with most making up to $100,000 per year according to Williams. Projections from Allied Market Research predict that the solar industry should reach $223.3 billion by 2026, growing at a compound annual growth rate of 20.5% from 2019 to 2026.

While most looking to switch to solar energy are hoping for quick savings, Williams encouraged them to look at the long-term picture.

“If you switch to solar because you want your bill to be lower next month you might be disappointed, but if you look at it on a longer scale the savings are there,” Williams said, noting most solar panels last up to 30 years. “Of course, on the 30-year scale there’s still a huge economic benefit to it, but the reality is that going solar is just the right thing to do.

“If everybody just did the right thing, what kind of world would we live in?”