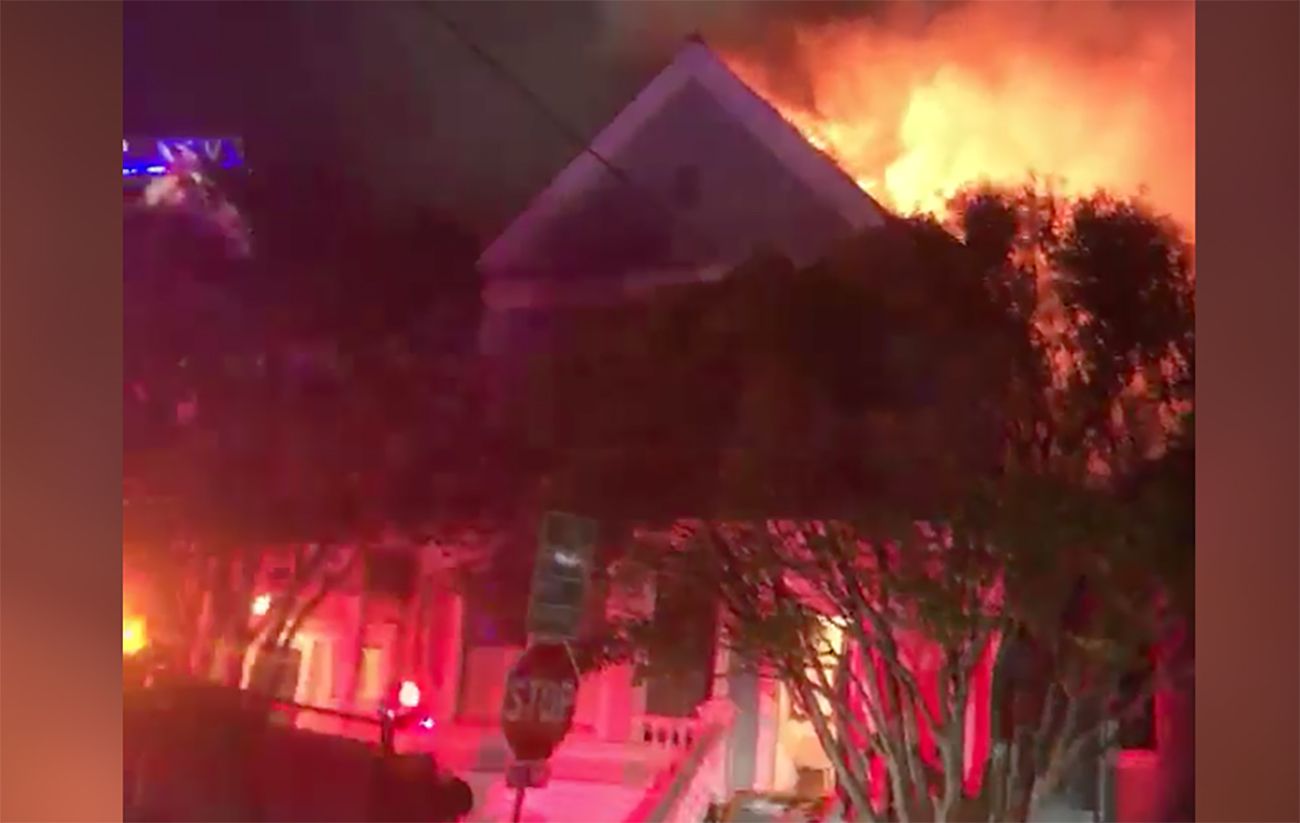 A fire that broke out overnight in Noe Valley spread to three homes and rose to three alarms before being contained around 3:30 a.m.

The was first reported in a garage at 4261 23rd Street just before 2 a.m. Wednesday. By 2:19 a.m., a third alarm was called and the fire had spread to the roof of the same building and to two adjacent structures, as KPIX reports. Video on the Citizen app shows the fire buring at around 2:20 a.m.

As KRON4 reports, a PG&E crew arrived at 2:30 a.m. to secure a live electrical wire at the scene that was creating a hazard.

SFFD spokesperson Lt. Jonathan Baxter gave an update around 3:30 a.m. as the fire was getting contained, noting that solar panels on the roof of one of the houses on fire were creating complications for the firefight.

Six people were reportedly displaced in the blaze.

The cause of the fire remains unclear.