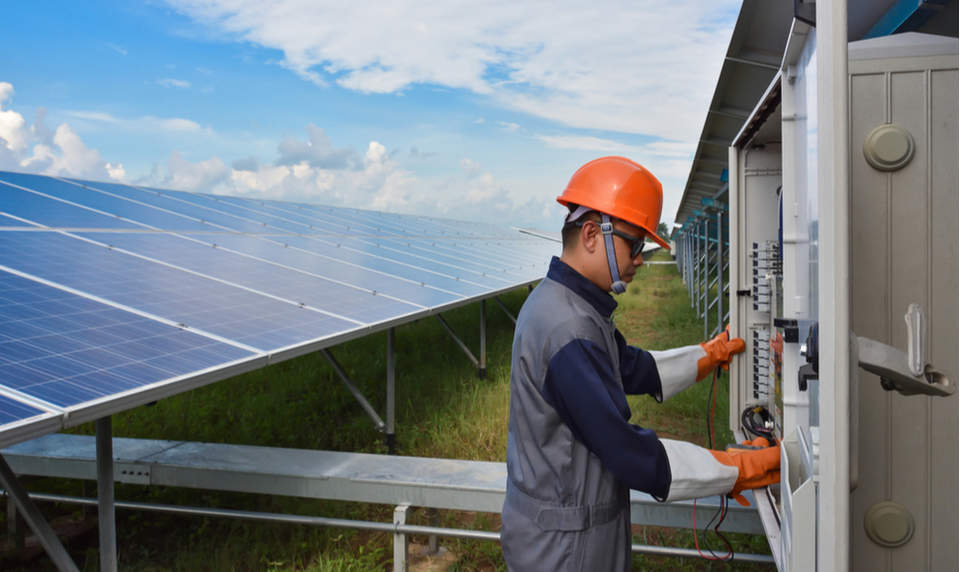 As shown in a recent RMI report, battery energy storage costs are less than a fifth of what they were a decade ago. This is enabling batteries to become cost-effective in a growing list of locations and use cases, such as balancing the grid, reducing customer demand peaks and providing backup power. In particular, behind-the-meter solar-plus-storage often can deliver bill savings for large commercial and industrial users that have high demand chargesÂ â€” typically greater than $10 to $15 per kilowatt (kW) â€” or have time-of-use (TOU) utility rates.

Our analysis shows that these investments have simple payback periods of less than eight years in places as diverse as Arizona, North Carolina, Ohio and South Carolina â€” based just on reducing peak demand and shifting TOU. Behind-the-meter batteries also can deliver other services, but we did not model these values.

While solar-plus-storage is gaining market share in places with battery investment incentives, such as California and New York, it is also competitive in many less-obvious locations. To evaluate its cost-effectiveness, we modeled the optimal battery capacity to be paired with a 50â€“200 kW PV system for a typical commercial customer with peak monthly loads averaging around 300 kW and annual usage of 900 megawatt-hours â€” translating to around $150,000 per year.

While solar-plus-storage is gaining market share in places with battery investment incentives, such as California and New York, it is also competitive in many less-obvious locations.

We ran our model in four diverse locations â€” New Bern, North Carolina; Piqua, Ohio; Bullhead City, Arizona; and Charleston, South Carolina â€” based on geographic diversity, neither obvious political support nor antipathy toward solar-plus-storage, and typically high demand charges. We used NRELâ€™s REopt Lite online tool to quantify the customer cost savings from solar-plus-storage. We also examined, but did not quantify, other social values, such as resilience and GHG emissions reductions.

North Carolina has the fourth-most installed solar per capita in the United States, despite having the fifth-cheapest commercial electricity rates, a moderate solar resource and a fairly weak renewable portfolio standard (RPS), which mandates that utilities source 12.5 percent of their electricity from renewable sources by 2021.

In cities such as New Bern, with high commercial demand charges (less than $25/kW) coupled with TOU rate structures, solar-plus-storage can be an attractive economic investment. The simple payback is just six years, faster even than a standalone solar PV system. For a typical medium-sized commercial customer in North Carolina spending $155,000 per year on electricity, these savings would correspond to a net present value (NPV) of $220,000.

Solar-plus-storage investments also could help New Bern adapt to and mitigate climate change. New Bern, a coastal city, has faced 24 hurricanes and severe storms since 1950, with almost half occurring in just the past decade. During future disasters, resilient solar-plus-storage systems could help keep the lights on.

Moreover, solar-plus-storage systems controlled and dispatched by the utility also could supplant planned natural gas peaker plants â€” especially as part of a “clean energy portfolio” that also includes energy efficiency and demand-side flexibility measures. Thus, solar-plus-storage could displace some of the 422 megawatts of natural gas plants planned over the next five years in North Carolina and help ratepayers avoid the associated risk of stranded costs.

Ohio ranks near the bottom of the nation for installed solar per capita, with a poorer-than-average solar resource, relatively cheap electricity and unfriendly policies â€” such as the state legislature rolling back what was an already weak RPS of 12.5 percent by 2026. Battery energy storage could play an important role in jump-starting the solar industry here because it can increase solarâ€™s cost effectiveness.

In places such as Piqua, with high commercial demand charges ($16/kW), investments in solar-plus-storage could pay back in less than eight years, compared with the 14-year payback period for a typical standalone solar PV system. For a typical medium-sized commercial customer in Ohio spending $105,000 per year on electricity, these savings would correspond to an NPV of $14,000.

As with North Carolina, solar-plus-storage investments also represent a significant emissions reduction opportunity. Ohio is third only to Pennsylvania and Texas in terms of planned gas generation capacity, with 2,250 megawatts expected to come online in the next five years. Showcasing the cost effectiveness of solar-plus-storage could play an important role in shifting investments away from new natural gas plants and toward clean energy portfolios.

Additionally, solar-plus-storage on critical facilities could serve as a resilient resource during grid outages. Piqua has experienced 12 federally declared disasters since 1950, including an EF4 tornado that hit just south of the town in May. This resulted in over 50,000 residents losing power, some for multiple days.

Despite having experienced some of the countryâ€™s biggest battles over net metering and having a fairly weak RPS of 15 percent by 2025, Arizona is about on par with its California and Nevada neighbors in installed solar per capita. This is due in large part to the state’s having the best solar resource in the United States.

Battery storage is rapidly becoming economic as well, especially for residents in cities such as Bullhead City with its high commercial demand charges ($15/kW) coupled with TOU rate structures. For these customers, solar-plus-storage systems would pay back in less than seven years. For a typical medium-sized commercial customer in Arizona spending $120,000 per year on electricity, these savings would correspond to an NPV of $90,000.

Arizona is primed to become a leader in storage. Its utility regulator, the Arizona Corporation Commission, recently placed a moratorium on the construction of new gas plants, emphasizing the importance of battery storage in balancing a grid with a high portion of renewable energy.

Climate change is also a critical factor for Arizona, which recently experienced increased wildfires, extreme temperatures and drought. Bullhead City has experienced 13 federally declared disasters since 1950, including recent wildfires in 2013 and 2015. As with other cities feeling the heat from climate change, resilient solar-plus-storage systems could alleviate some impacts from grid outages.

Even though South Carolina has a better solar resource and higher electricity prices than North Carolina, a combination of unfriendly solar policies has resulted in its having less than a third of the installed solar per capita of its northern neighbor. This includes a practically nonexistent RPS ofÂ 2 percent by 2021, a recently lifted 2 percent aggregate cap on net metering and the Public Service Commission setting abnormally low rates for solar projects through PURPA.

Solar-plus-storage could be a significant missed investment opportunity for places that donâ€™t properly evaluate the many benefits described above.

Despite these regulator headwinds, solar-plus-storage systems can pay back in less than seven years in cities such as Charleston, which is subject to Coastal Electric Cooperativeâ€™s high demand charges (less than $16/kW) and TOU rate structures. For a typical medium-sized commercial customer in South Carolina spending $150,000 per year on electricity, these savings would correspond to an NPV of $82,000.

Similarly to New Bern, Charleston has experienced 17 disasters from hurricanes and severe storms since 1950, including 12 in just the last six years. Resilient solar-plus-storage systems can help Charleston deal with the effects of these increasingly frequent natural disasters. And as nuclear power plants continue to falter in the state, costing rate payers billions of dollars, solar-plus-storage is well-positioned to become a critical part of a more distributed, cleaner and lower-cost electricity system for South Carolina.

Itâ€™s time to get serious about storage

It no longer makes any sense to say that batteries are too expensive. Solar-plus-storage could be a significant missed investment opportunity for places that donâ€™t properly evaluate the many benefits described above â€” especially those with high commercial demand charges or TOU rates.

Cities can play a unique role in helping to build the industry by developing goals, policies and siting and safety guidelines for battery energy storage. New York City has taken a great first step, developing useful tools that other cities could use to develop best practices in these areas.

In addition to cities, corporate and institutional energy customers should take the lead by assessing solar-plus-storage on their buildings to evaluate the direct bill savings and their ability to adapt to and mitigate the effects of climate change. Collectively, the buying power of these customers could help significantly move the needle on battery storage deployment and be an important accelerant of our transition to a cleaner grid.

« We are Planning to Enter Into EV Charger Market in India: Brijesh Prajapati – Saurenergy Southeast US adds 427 MW of distributed solar in 2019, as advocates press for more – pv magazine USA »