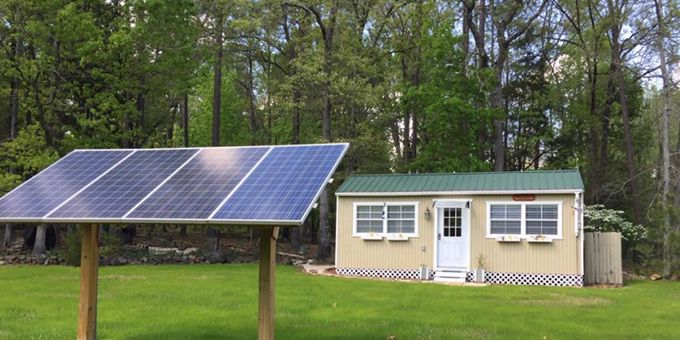 I was fortunate enough to acquire one of the first of five alpha SLC units built by Koolbridge Solar. My SLC is installed in a remote cabin and efficiently working to my expectations. My cabin started out as a 12-foot x 24-foot storage shed, which since initially there were no interior walls made it simple to rough-in the system circuit for each light and each appliance.

So, with the Smart Load Center I had up to 16-circuits available to work with and ultimately, I only connected 10 which were adequate for a 250 square foot cabin. Other major components for the solar setup included four 310-Watt PV panels, a DC-to-AC inverter, charge controller and eight 12 Volt deep-cycle marine batteries.

The Smart Load Center is the energy management hub of the cabin.

Since completion, we furnished the cabin with a microwave, refrigerator, induction cooktop, TV, ceiling fans and LED lighting ‚Äď to add to the comforts of home. When I show the cabin to people, friends, neighbors- I get a high level of inquiries asking about it. One of the first questions asked of me is what are the advantages of the Smart Load Center over a standard breaker box?

Off-grid solar solutions are more and more playing a pivotal role in extending renewable energy for millions of off-grid homeowners like myself. According to research by Grand View Research,¬†the global off-grid solar PV panels market size was valued at USD 1.8 billion in 2019 and is expected to grow at a compound annual growth rate (CAGR) of 9.5% from 2020 to 2027. The growth is owing to the growing need for renewable energy sources by people like myself who want to unharness themselves from¬†power coming from large utility grids and self sufficiency where there is just no grid power.

The off-grid solar sector will serve 388 million people with the most basic level of electricity access by 2030. It is anticipated that 10-million¬†newly constructed homes in 5-years will rely on solar for electricity. And 5-million more existing homes will convert to solar in 5-years each of which will rely on some form of installed energy management system like the Koolbridge Solar Smart Load Center provides.

There are a few items that are especially important to understand about installing a Smart Load Center. One is the Smart Load Center will monitor power use circuit-by-circuit. That is valuable for an off-grid application. Why is that important to an off-grid homeowner? Because when you are off-grid, there is no grid when you run out of solar, you are out of power. So, you want to be very conscious of how much energy each electrical appliance is using. 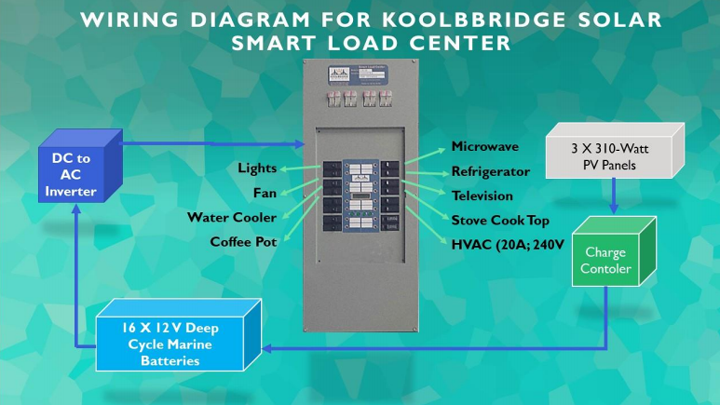 Second, it provides the owner with a total energy use over a certain amount of time. For example, say if the cabin was used for a couple of days. Either I can remotely or a direct occupant in the cabin could get a read-out of the total Watt hours or kilowatt hours of energy that was used over a specific period.

Another unique feature is the fact that the Smart Load Center has intelligence to shed loads based on set priorities. For example, if you had 16-circuits and all the circuits were used for lighting and appliances, you could establish priorities for each circuit. 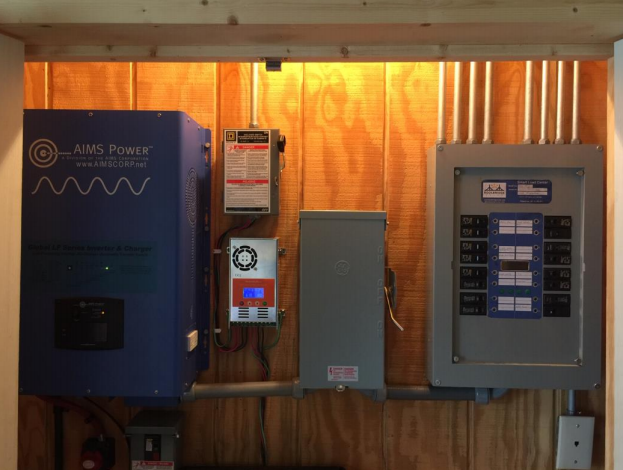 Say circuit number 1-was a low priority, circuit number-16 was your highest priority. Say TV watching at night is your highest priority. You would set that on number-16 so that as everything starts shutting down, the last item to shut down would be that TV. But anyway, that‚Äôs sort of the thought behind the load shedding function. A last benefit is the Smart Load Center in an off-grid application is in a way it educates the owner. I can develop better energy conservation habits. For example, I can set up the Smart Load Center so that when the sun goes down, if someone wanted to turn on the cooktop, which uses 1500 Watts, it would not work.

Now, maybe other people would not want that setting, but that is just an example. If you compare that to a standard breaker box, what does the standard breaker box give you? It gives you a housing for circuit breakers. Well the Smart Load Center does that, and it does all these other things. So, I think it is unbelievably valuable for off-grid applications. Now I am about 95% finished with the cabin. One thing I would like to add is a propane generator.

Most of you understand that the Smart Load Center in a standard installation manages two power sources. One is if there is a grid it would be the primary electrical source and secondary source would be solar. Now, if it is flipped on an off-grid application with. solar being the primary source, there is an opportunity to add a secondary energy source such as a propane generator. With the addition of a generator I can run that cooktop at 9 o‚Äôclock at night.

The more I use the cabin the greater I can understand and program the Smart Load Center to manage and provide me with new reporting data each day.

The cabin gets water from two sources. A rooftop collection system sends rainwater through the gutters and to a diverter that directs it to a 275-gallon tote. This (unfiltered) water will primarily be used for watering plants. ‚ÄúFrom an RV point of view, this is more like your grey water application,‚ÄĚ Curt said. At the same time, another tote is filled with well water from the main house, to be used for showering, washing dishes and consumption.

The shower is outside, attached to the back of the cabin and enclosed in bamboo, while the toilet is housed in a separate building that Curt and Vesna constructed behind the cabin. To avoid the need for a septic system, Curt went with a propane fueled incinerating toilet that burns waste and turns it to ash. 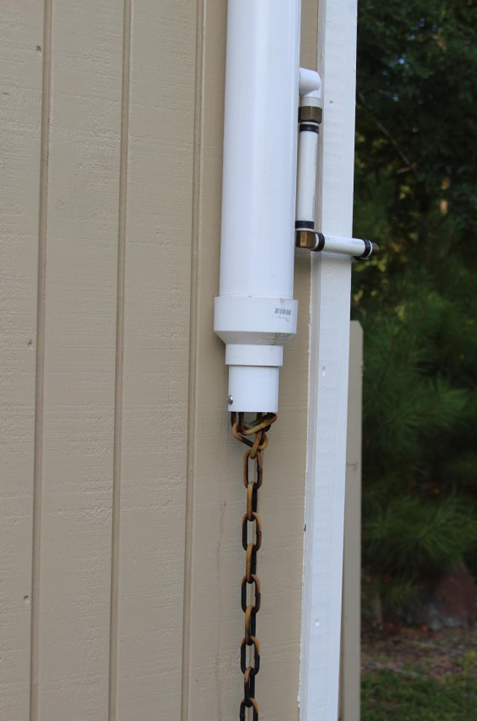 As we think about potential upgrades, and we learn about off-grid use of the cabin with the Smart Load Center, we are feeding information back to the Koolbridge Solar team regarding software enhancements that may improve the off-grid user‚Äôs experience. 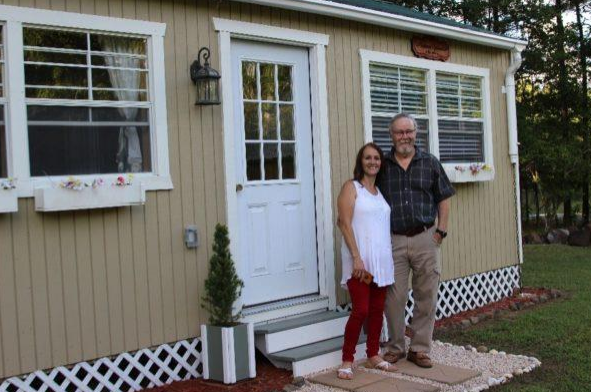 For additional information about the Smart Load Center go to¬†https://koolbridgesolar.com/.

Tigo will announce the new product launch of the patented UHD-Core TS4-A (Advanced Retrofit/Add-on) Platform at SPI 2019. The new TS4-A-M (Monitoring) & TS4-A-S (Safety) units have improved lightweight hardware and lower labor costs to address a range of functions and budgets. The TS4-A-M allows module-level monitoring via Tigo’s SMART Website & App. The TS4-A-S is UL-certified as a rapid shutdown solution for residential and C&I PV system. Both units join the Tigo’s multivendor solution that works with almost any inverter and smart module in the global PV market. Contact sales@tigoenergy.com for pricing, shipping, and availability in Q4’19.