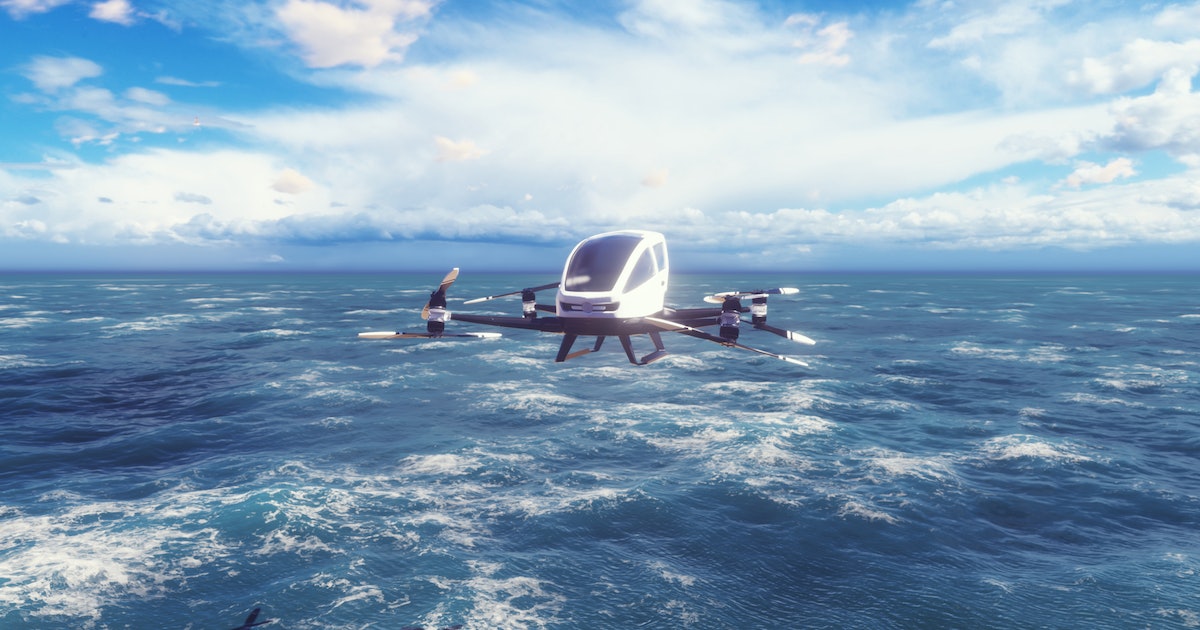 Tesla could “maybe one day” create an electric vertical-takeoff-and-landing craft â€“ but don’t expect it any time soon.

On Sunday, the Tesla CEO Elon Musk responded via Twitter to a fan question about whether his electric car company will enter the aviation space with a “VTOL” vehicle. While it would be a radical shift in the company’s efforts, Musk has hinted at plans for a VTOL before.

And his latest comments suggest it’s not entirely out of the question, but it’s not a priority:

“Enough already on my plate & Teslaâ€™s. Maybe one day will do a prototype. Those are relatively easy. Volume production with high reliability & low cost & passing all regulations is 100X harder.”

The comments are the latest hint at Musk’s plans for a zero-emissions flying machine. But these have been more than a decade in the making. Musk floated the idea back in 2009, when he said in a TechCrunch interview that â€śan electric plane gets more feasible as battery energy improves.â€ť He also mentioned the idea in a brief cameo appearance in the 2010 film Iron Man 2, a film where lead actor Robert Downey Jr. turned to Musk as a model for the titular character.

While Musk has had the idea for a while, he’s remained firm that one of the biggest hurdles to an electric jet is energy density. The Tesla Model 3’s battery has a density of around 250 watt-hours per kilogram. Musk claimed in 2018 that a jet would need around 400 watt-hours per kilogram at a minimum, perhaps even 500 for desirable performance.

The project came to the fore once more on Tesla’s Battery Day in September, when the company unveiled a series of advancements that could make batteries cheaper and faster. Prior to the event, Musk said that a 400 watt-hour battery is around three to four years from volume production.

During the event’s question and answer session, Musk was asked about the jet again. While he didn’t commit to Tesla actually making the jet, he did say that “our batteries will, over time, start to approach the 400 watt-hours per kilogram range.”

On his Twitter page, Musk has recently dropped more hints that the jet is on his mind. In October, in response to a post about the anniversary of the supersonic jet Concorde’s last commercial flight, Musk wrote that “there should be a new supersonic jet, this time electric.”

The Inverse analysis â€“ Musk appears not to have given up on his electric jet idea, but he has to focus Tesla’s other priorities.

That means electric cars, solar energy, and battery storage. Tesla is known as an automaker now, but in July Musk declared his ambition for clean energy to account for half the company’s output in the future. It’s quite a goal, especially considering clean energy accounted for just six percent of the company’s revenue at that time.

Later that day, Musk said Tesla’s new batteries could reduce investment per gigawatt by 75 percent, and require a tenfold smaller building footprint per gigawatt-hour. Musk may not want to shift Tesla into aviation, but the company appears to be making big strides toward boosting battery production to transition the world onto clean energy.

Tesla-branded batteries inside a third-party airplane? It would be one way to dramatically boost the size of Tesla’s energy business.