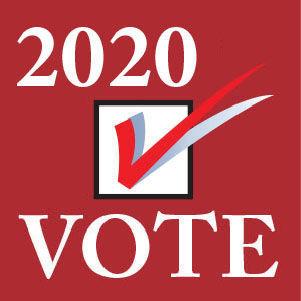 Ten petition articles for the April Town Meeting were filed by the January 17, deadline, including an article filed by Marc P. Finneran of Teaticket asking the town to keep the West Falmouth Fire Station open.

Mr. Finneranâ€™s article, signed by 22 people, asks â€śTown Meeting vote to ask Selectmen to ensure the West Falmouth Fire Station remains open and staffed until such time that a new station is constructed, open and staffed.â€ť

Two petition articles seek to create new bylaws. On behalf of the Falmouth Litter Reduction Team, Ronald P. Klattenberg of East Falmouth filed an article seeking to ban the sale of alcoholic beverages in containers less than or equal to 100 milliliters, commonly referred to as nip bottles. Forty-one people signed the article.

â€śThe Falmouth Litter Reduction Team (FLRT) has surveyed litter and sought to reduce litter along our roadways,â€ť the article states. â€śBy randomized sampling at locations throughout Falmouth, FLRT found that alcoholic miniatures (aka â€śnipsâ€ť) comprise 32 percent of roadside litter. If projected throughout the Town, the study estimates an average of 94 nips/mile.â€ť

The proposed bylaw has an effective date of January 1, 2021. The article notes proposed state legislation seeking to place a deposit on nip bottles, and states the bylaw could be rescinded if the state implements a deposit.

The proposed bylaw requires that prior to issuing a building permit for the re-roofing of a municipal building with electric service shall be issued, the location shall be assessed for the appropriateness of solar collection.

The bylaw includes an exception for roofs that fall under the jurisdiction of the Falmouth Historical Commission.

Her resolution reads: â€śBe it resolved that the Town of Falmouth recognizes that the climate emergency, driven by human activity including energy consumption and land use practices and leading to global warming, rising seas, deadly storms, dangerous heat waves, acidifying oceans, and melting ice sheets, poses a threat to the health, safety and economic security of the residents of the Town. The Town of Falmouth therefore adopts as its policy the objective of reducing net greenhouse gas emissions from human activity within and by the Town to zero at the earliest technically and economically feasible time, and requests the Board of Selectmen to direct all officers and departments of the Town to take such measures within the scope of their respective responsibilities and authority as may be necessary and prudent to facilitate such policy and objective.â€ť

An article filed by Ronald D. Zweig of Woods Hole and signed by 14 people asks Town Meeting to advise the board of selectmen to appropriate $45,000 from certified free cash to finance the water quality monitoring and operational support for the third and final year of the planned three-year nitrogen monitoring program in Bournes Pond. At the April 2019 Town Meeting, the body voted $40,860 from certified free cash to fund the second year of this program, which aims to improve the water quality in Bournes Pond by using shellfish nitrogen mitigation to reach the total maximum daily load for that estuary.

As discussed at the January 13 meeting of the Falmouth Board of Selectmen, Sandra Faiman-Silva of Davis Road, Falmouth, filed an article on behalf of the affirmative action/diversity committee. This article, signed by 186 people, seeks to reinstate the position of affirmative action/diversity outreach coordinator. The position has remained vacant since George R. Spiveyâ€™s retirement in 2013.

Other petition articles filed for the April Town Meeting include a ban of the commercial sale of single-use plastic water bottles anywhere in town and a trio of proposed zoning changes by the Economic Development and Industrial Corporation, which is looking to allow ground-mounted solar arrays as a by-right use at 64 Technology Park Drive.