Across Europe, a range of entrepreneurs are attracting funds aimed to improving how power is generated and deployed in industry and at home.

Kees Koolen has made his fortune, several times over, from various internet companies over the past 20 years, first as co-founder of online travel company Booking.com and later by investing in Uber. But now, the Dutch millionaire investor is betting on the energy transition as the next boom.

‚ÄúThe energy transition is in the same phase the internet industry was in the 1990s. We knew then that everything would be digitised, it just took 30 years to carry it out. The same will happen with the energy transition. We know what needs to be done,‚ÄĚ says Mr Koolen, who, through his Koolen Industries conglomerate, has been curating a varied set of investments in this area ‚ÄĒ particularly in innovative energy storage.

Storage is the remaining missing piece of the energy transition. The price of renewable energy has come down dramatically over the past 30 years ‚ÄĒ the price of wind power has declined 30 times, and the price of solar power 300 times ‚ÄĒ so that by 2017 renewable energy reached a tipping point to become the cheapest energy source. 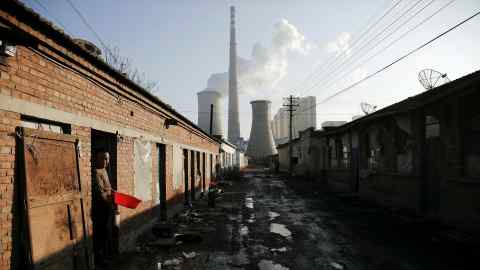 But it is cheapest only at certain times of the day. Without the ability to store this energy for use when the sun does not shine and the wind does not blow, it cannot fully replace fossil fuels.

Many storage projects have focused on large-scale lithium-ion batteries. Tesla, for example, is building utility-grade lithium-ion battery storage systems, such as the Moss Landing substation project announced with Pacific Gas and Electric company in California, which would be the largest such installation in the world.

But lithium batteries are not the only answer. A number of European start-ups are working on experimental alternatives.

Kraftblock, a German start-up with a novel thermal storage solution, is one of the most recent additions to the Koolen Industries portfolio.

A number of companies, such as SolarReserve in California, have looked at storing heat in molten salt or concrete, but these accommodate temperatures of no more than 560C. Kraftblock‚Äôs founder, Martin Schichtel, who was used to dealing with temperatures in excess of 1,300C in his former role as a porcelain industry engineer, began experimenting with materials that would be able to hold much higher levels of heat. He founded Kraftblock after patenting a nanotechnology granule that can be heated to 1,300C.

Schichtel believes that industrial companies such as steel manufacturers and ceramic factories could capture a large part of their waste heat using the Kraftblock system. This could be used in the next cycle of investment in manufacturing equipment, saving energy costs.

The heat could also be transported for use elsewhere, such as heating an apartment block. The superhot granules can sit inside an insulated shipping container and be driven across town in the back of a lorry. It is like a very big, super-hot version of a hot water bottle or storage heater.

‚ÄúPart of the energy transition will be about becoming very efficient with our use of heat, not just throwing it away as we do now,‚ÄĚ says Mr Koolen. ‚ÄúIt will not be acceptable for our industries to keep using as much fossil fuel as they do now, so they will be looking for ways to recycle energy.‚ÄĚ

Industry accounts for 24.2 per cent of global greenhouse gas emissions, according to Climate Watch, more than the transport sector or agriculture, so increasing energy efficiency in this sector could have a big impact.

Energy use in buildings accounts for roughly 17.5 per cent of greenhouse gasses, with the bulk of that coming from residential housing. Individual homeowners, too, are looking for ways to store the energy gained from solar panels, and Tesla‚Äôs lithium-ion-based PowerWall storage system has become a popular choice.

But ‚Äúlithium-ion batteries can be expensive and they do blow up,‚ÄĚ says Michael Peither, co-founder and chief technology officer of VoltStorage, which is developing an alternative.

The Munich-based start-up, founded in 2016, is developing a vanadium redox-flow battery with a 20-year lifespan. Current lithium-ion batteries contain minerals taken from the earth such as nickel whereas Vanadium is a byproduct of iron production. 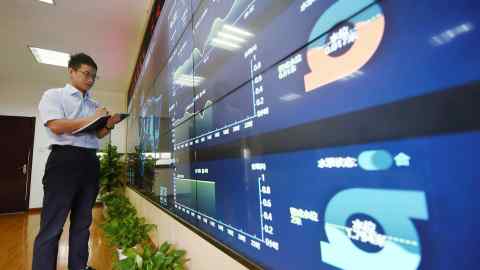 Nasa is exploring the technology for future Mars missions, due to its long life, safety and affordability.

VoltStorage is also developing an iron redox-flow battery that could be even easier to source.

The main downside is that the batteries are big and heavy ‚ÄĒ roughly the size of a washing machine. No good for cars, but fine fixed into the corner of a domestic garage or basement.

In July, the start-up raised ‚ā¨6m in early venture capital funding from investors including EIT InnoEnergy and US VC firm SOSV.

Better batteries for electric cars will also be needed before there is mass adoption of the technology. Long charging times ‚ÄĒ it can take half an hour to charge an electric car battery at even the fastest charging stations ‚ÄĒ are one of the big concerns for prospective electric car buyers. Superfast charging is therefore the holy grail for the industry.

Skeleton Technologies, an Estonian start-up, is developing graphene-based ultracapacitor technology that could provide an answer. The company‚Äôs ‚ÄúSuperBattery‚ÄĚ can be charged in just 15 seconds and go through hundreds of thousands of charge-discharge cycles without losing its efficiency.

On its own, the SuperBattery couldn‚Äôt power a car for much more than 50km, says Taavi Madiberk, co-founder and chief executive.

Ultracapacitors provide big blasts of power but don‚Äôt hold it for very long ‚ÄĒ they leak like a sieve when it comes to long-term storage. However, combined with a lithium-ion battery or hydrogen fuel cell, they could give drivers the best of both worlds.

‚ÄúWe are not a silver bullet or a complete solution on our own. You won‚Äôt have long-range electric vehicles running purely on our technology. But combining a lithium-ion battery with a SuperBattery can reduce charging time, as well as the overall cost and weight of the battery system in the car,‚ÄĚ says Mr Madiberk.

Northern Ireland‚Äôs Wrightbus recently said it would begin testing the technology in its hydrogen fuel cell buses. Skeleton Technologies has raised more than ‚ā¨50m from investors including the European Innovation Council and Estonia‚Äôs Harju Elekter Group.