SSA: State bailout may not be needed – Martha’s Vineyard Times 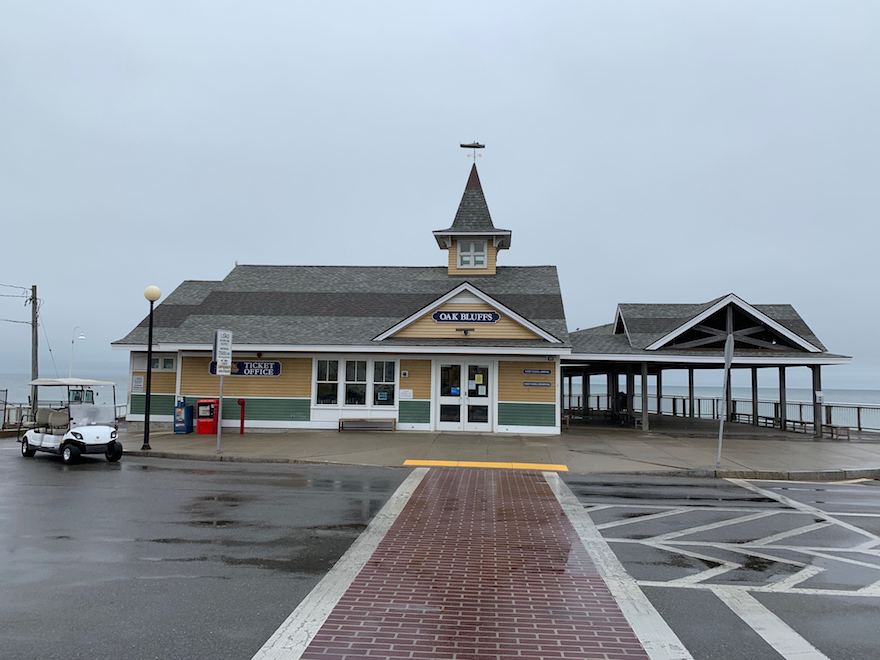 A combination of increased vehicle traffic and freight traffic has helped float the Steamship Authority toward improved finances, which general manager Robert Davis said could eliminate the need for a year-end bailout from the state â€” at least the massive one predicted.

At a meeting of the SSA board Tuesday, Davis said an operating deficit that once looked like it could lead to a $60 million shortfall in April and May is now looking like it will be closer to $10 million or $12 million in the hole by yearâ€™s end. If itâ€™s on the lower side, federal aid known as the CARES Act would cover that. While board members struggled to understand the accounting gymnastics behind that â€”Â Barnstable representative Robert Jones calling it â€śclear as mudâ€ť â€”Â Davis said heâ€™s hopeful the state bailout wonâ€™t be necessary.

â€śFrom the general ledger side, we could end up with a net operating loss; however, once you factor in the $10 million in CARES Act money, that money may offset that to the point where we wouldnâ€™t have to be making a certification to the commonwealth for reimbursement of a deficit,â€ť Davis said. â€śAt this point, if I was to say whatâ€™s the likelihood, right now Iâ€™d have to say weâ€™d still be in a position where the state would need to pick up a portion of this.â€ť

Under the enabling act that created the ferry service, the state is required to step in if the SSA has an operating deficit at the end of a year. It can then seek to recoup that money from the port towns of the SSA, with the Vineyard and Nantucket paying the bulk of it. But with the huge deficit looming, the state legislature passed legislation that would hold the port communities harmless in this year of the coronavirus pandemic.

The more rosy budget picture comes as the ferry service had an uptick in vehicle traffic over the past couple of months â€” automobiles were up 11 percent in September â€”Â while trucks were down 4 percent and passenger travel was down 15 percent that same month, Mark Rozum, treasurer and comptroller of the SSA, said.

Meanwhile, bookings for November are even with where they were in 2019, Rozum said, and December is at 82 percent year-to-year.

Money was a big part of Tuesdayâ€™s meeting. The SSA board discussed the 2021 proposed operating budget for the first time. Rozum said the budget increase to $112.7 million is a 1 percent increase over the 2020 budget, and does take into account potential drops in ridership due to the ongoing pandemic.

The projections assume the same amount of vehicle traffic, and about 90 percent of the passenger projections from 2019. Passenger travel has been 36 percent off projections through September, according to Davis.

Board members Kathryn Wilson of Falmouth and Moira Tierney of New Bedford expressed some concern that the budget was not conservative enough, given the impact the coronavirus had this year on travel, but both Rozum and Davis said if there is a need they will reduce service to the islands, as they did in the spring.
â€śMy concern is that some of the underlying assumptions â€”Â the assumptions under the assumptions â€” may have shifted,â€ť Wilson said. â€śFor instance, if we go into another prolonged period of either people being ill or unable to ride boats â€”Â I mean there are a variety of variables here that could be activated â€”Â and although I tend to be an optimistic person, when it comes to budgeting this way, Iâ€™m wondering if we should be extremely conservative in our budgeting and expectations so that we can be pleasantly surprised.â€ť

The SSA has shown it can cut service to reduce costs, Davis said. â€śWe can be adaptive and adjust those schedules accordingly, should there be a turndown in activities, and try to curtail some of the costs there,â€ť he said.

The budget is driven by the operating schedule and the crew thatâ€™s required to operate the boats, Davis said. He added the SSA wants to make sure it keeps up maintenance on its boats.

â€śWe feel itâ€™s important to make sure we donâ€™t take any steps back in terms of our maintenance program,â€ť he said. â€śWe need to make sure these vessels are safe, that theyâ€™re reliable, but if we find if traffic doesnâ€™t warrant it, we can cut back on the service.â€ť

Directly related to the 1 percent overall increase in the budget is a need to increase rates across the board. The increases were first discussed at a port council meeting earlier in the month.Â

Jim Malkin, chair of the SSA board and the Vineyardâ€™s representative, said the only way to save money is to eliminate trips, and that canâ€™t happen because vehicle traffic is demanding the current level of service.

â€śFare increases are tough for everyone to swallow; itâ€™s a bitter pill, this is a lousy economic time. We have no idea whatâ€™s coming. There is one person who is very certain that everything is going to be fine, but I donâ€™t agree with one person on that,â€ť Malkin said. â€śâ€¦ The Steamship Authority, it seems to me, weâ€™re in a difficult place.â€ť Ferries are being used by workers and by companies making deliveries, but not daytrippers, he said. â€śIf weâ€™re gonna keep things running for the people who need to get on and off, for the goods and services that need to get on and off, we have to do what we can to keep the boats running, and we canâ€™t stop maintaining them.â€ť

The board took no action on the fare increases.

In an email, spokesman Sean Driscoll wrote that there will be public information sessions on the rate increases, and then theyâ€™ll be brought back before the port council and board for a vote.

Finally, on the money side, the SSA got some positive news from Jones Lang LaSalle, a consultant that looked at whether the Thomas Landers parking lot in Falmouth might be ripe for solar panels. The answer was a resounding yes, Davis said.

The company concluded that the physical conditions are ideal for solar canopies, and that potential grant money available makes it attractive. The company predicted that the SSA could rent the space for $175,000 to $250,000 per year, which Davis said he thinks is conservative. Meanwhile, some of the energy produced could be used for the SSAâ€™s adjacent maintenance facility, he said.Â

Davis is asking the firm to help work up an RFP, and itâ€™s possible the solar panels could be installed and operational in the next two years. Companies have already expressed an interest in bidding on the site, Davis said.

In answering a question from Robert Jones, Davis said the company that leases the site would be responsible for the canopies, the solar panels, and for removing them once theyâ€™ve outlived their useful life.

â€śAll we have to do is provide the space and we get a check, is that right?â€ť Jones said.

In other business, the board unanimously approved a $761,882 contract for the MV Woods Hole to receive dry-dock repairs. The work will be done by Thames Shipyard. The board also received an update on recent work done to the MV Marthaâ€™s Vineyard, which returns to service on Wednesday.

Also on Wednesday, the Oak Bluffs terminal is closing for the year, and work will begin on the second phase of the reconstruction of the pier. Temporary repairs, which only allowed vehicles as big as a pickup truck, were done in the spring, delaying the opening of the Oak Bluffs terminal, much to the chagrin of town leaders. Rozum said Coastal Marine LLC was awarded the $752,400 contract to complete the work, replacing 30 more pilings and doing other work to shore up the pier. The work is expected to be done by Dec. 20, even though Oak Bluffs wonâ€™t reopen again for service until the spring.

The board also awarded a contract to SeaStreak, the fast ferry service out of New Bedford, to license trips to Marthaâ€™s Vineyard and Nantucket through the end of the year.

Tuesdayâ€™s meeting started with a moment of silence for former Barnstable board member Robert Oâ€™Brien, who recently died. He was on the board for 26 years, Davis said. It ended with Davis congratulating Richard Clark, the Vineyard Haven terminal manager, on his retirement from the SSA after 41 years of service.