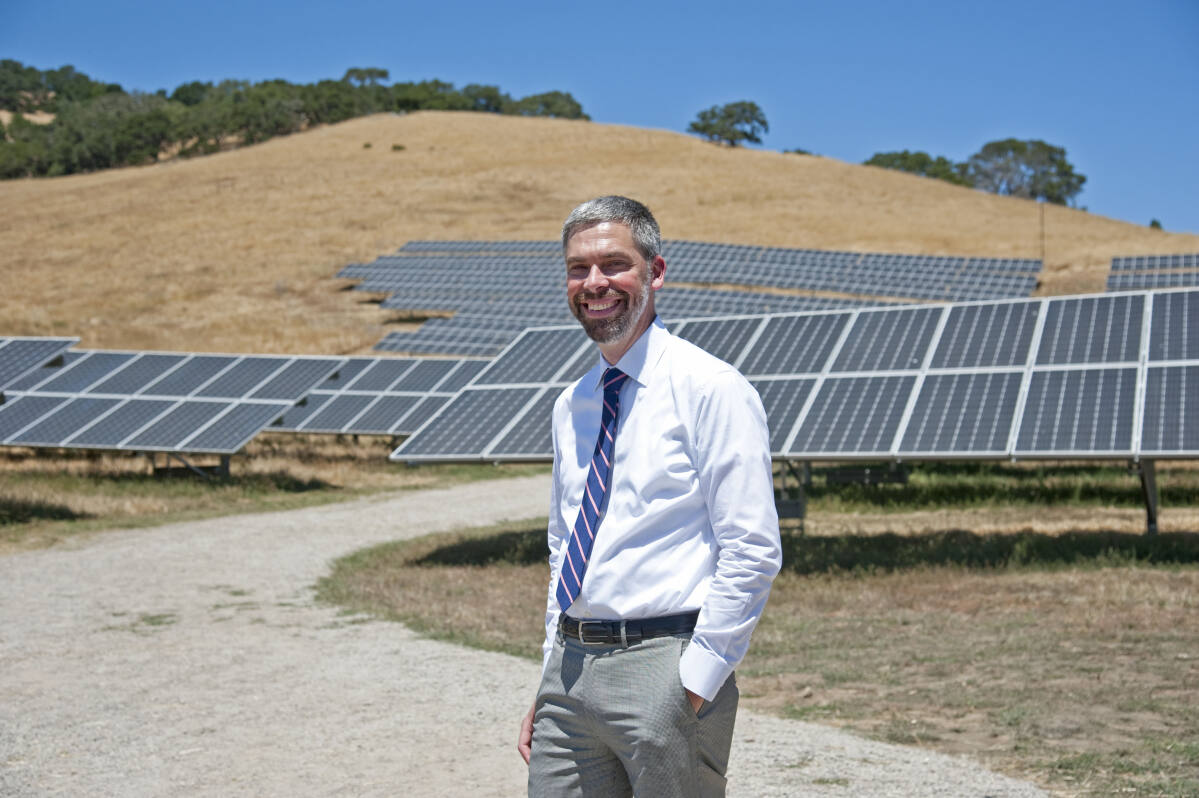 With their eyes on a 2045 carbon-free state deadline, North Bay clean energy providers are hoping to team up with other sources in seeking ways to store energy.

On Oct. 16, Sonoma Clean Power and MCE, formerly Marin Clean Energy, sought partners to secure to get energy-related technologies that will help them secure 500 megawatts of long-term storage. They seek contracts related to energy storage such as battery backups, which will be accepted at a minimum of 10 years.

Both North Bay power providers are community choice aggregators, which are not-for-profit, public agencies aimed at providing clean energy choices including solar, wind, hydropower and geothermal sources to regions, with the idea of reinvesting revenues into local and statewide projects and programs.

By doing so, the providers hope to manage usage during peak- and low-consumption periods, which have changed in the last few years.

Proposals, which are due by Dec. 1, are sought by vendors such as renewable energy developers, battery storage suppliers and industry experts.

â€śBrown outs are definitely a concern. What weâ€™re seeing with the California ISO is more flex alerts,â€ť Glanton said, warning the situation may worsen with climate change.

Clean energy providers typically tap into utility-scale, lithium-ion batteries backed by solar resources, which can store and emit four hours of energy at a time. The energy may stay on site or get recycled back to the grid, allowing for the users to get credits.

Jeff Mattias, who runs Synergy Solar & Electrical Systems in Sebastopol, pointed out that energy storage is important to timing usage, especially since peak times have changed.

In particular, shelter-in-place orders have prompted residential use to go up and commercial consumption to drop. Electrical usage has gone up 19% since March 8, compared with 2019. The daily shifts in the peak hours have also changed recently.

â€śThey used to be from noon to 6 (p.m.). Now theyâ€™re 4 to 9 (p.m.),â€ť said Matthias, California Solar and Storage Association North Bay Chapter president. â€ś(Doling out) too much power can be as much of a problem as too little, so we donâ€™t waste the energy or damage the electrical system.â€ť

In 2019, many structures experienced more than two weeks of power outages, Matthias pointed out, adding 30% more electricity will be drawn from the grid in the next decade. The statistic was unverified by the California ISO and state Public Utilities Commission at press time.

That pairing provides an option for a property owner over generators that some view as costly, loud and risky because of the potential of carbon monoxide poisoning if used indoors.

â€śStorage is a big component to transitioning to a carbon-free future. It was important we participate,â€ť Marin Clean Energy spokeswoman Jenna Famular said.

The same sentiment was shared by Silicon Valley Clean Energy.

â€śBy working together, the eight CCAs are able to procure large-scale projects that would be challenging for one CCA to procure on its own,â€ť its CEO Girish Balachandran said.

The California Community Choice Association argues these providers represent the future of energy procurement and lead the way with contracts to store more than 5,000 megawatts through renewable energy facilities throughout the state.

They came on the scene in 2002, after the energy crisis of 2000, as an alternative to investor-owned utilities like Pacific Gas & Electric.

As the power company that owns and maintains the infrastructure that delivers the energy, PG&E has also gotten in on the clean-energy and storage act. Last May, the Northern California utility sought approval on five energy storage projects totaling 423 megawatts in a filing with the CPUC. PG&E, which received approval in August, sent out its request for offers in February.

â€śPG&E is deeply committed to the California vision of a sustainable energy future. We are now taking advantage of advancements in energy storage technology to ensure that customers continue to receive clean and reliable power from a flexible and dependable electric grid,â€ť said Fong Wan, senior vice president of PG&Eâ€™s Energy Policy and Procurement division.

Natural gas represents Californiaâ€™s top electricity source over the past few decades, but within the last 10 years, solar power is fast gaining ground as a reliable source of renewable electricity.

Susan Wood covers law, cannabis, production, energy and agriculture as well as banking and finance. For 25 years, Susan has worked for a variety of publications including the North County Times in San Diego County, Tahoe Daily Tribune and Lake Tahoe News. She graduated from Fullerton College. Reach her at 530-545-8662 or susan.wood@busjrnl.com.

« Sky’s the Limit – Cannabis Business Times US Residential Storage: A Glimpse at the Market and the Q.HOME+ ESS – AltEnergyMag »