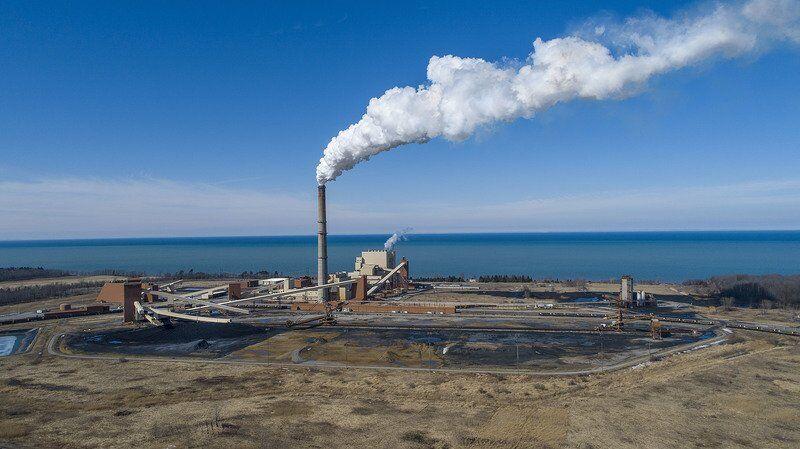 The former site of the Somerset Coal Power Station has found an interested party in Applied Energy Services (AES) which has proposed the Somerset Solar Project, a 140- to 200-megawatt solar energy farm of 1,000-acres on and around the former coal power plant.

According to Mike Farrell, director of development for AES, the property is currently owned by Somerset Operating Company and another company called Beowulf Energy which AES intends to lease land from in order to complete the project.

Farrell noted that the project would ultimately be ruled on by the Office of Renewable Energy Siting (ORES) committee under the Accelerated Renewable Energy Growth and Community Benefit Act, or 94-c, which was passed as a part of the 2020-21 state budget.

The act revamped the siting process of solar energy projects by consolidating the decision-making into one state agency, ORES, but opponents criticize 94-c for further takes away the power of local municipalities and counties to decide whether a large-scale project, such as the Somerset Solar Project, is right for their community.

Because of the controversy, Farrell said AES did not take for granted that the project would be a “slam dunk” or that the community around it would approve of the siting of solar panels simply because the property was a former coal plant. He also said that some of the property expected to be developed is being used for agriculture at this time and would have to be repurposed for solar panels.

An open house will be held by AES on Wednesday to discuss the project with local residents.

“This open house is not something that is required by permitting law, this is just us trying to get a feel and try to engage the community, so we can have those conversations,” Farrell said. “To have a power plant owner, it’s a little different situation, because we’re talking to one land owner and we’re not getting the feeling of the community, and that’s why we’re holding the open house to start that local community dialog.”

The history of the project extends before AES came into the picture.

“Originally, this project was won from sPower,” Farrell said. “Previously I was an sPower employee and sPower was a national renewable energy developer, mainly solar, a couple wind projects and also doing some battery storage.”

Farrell said AES took control of sPower, and the proposed lease of land from Beowulf, after extending its ownership of the company in late 2020 by buying more than its original 50% of the company.

As the date for the open house comes closer, AES is looking to submit a permit application in the fall of 2021 to ORES after it takes into consideration local input.

Barring delays, Farrell said, the permit should be acquired by fall of 2022, construction taking place most of 2023 and finally a full operation date in 2024, said Farrell. There will be a mandated public comment period directly after the application is deemed complete.

Thus far, AES has invested about $2 million into the project, including legal work and engineering, and is investigating the possibility of a Payment in Lieu of Taxes (PILOT) agreement with the town, county and school district. During its operation, the coal plant where AES intends to build received such an agreement.

“We’re not relying on that, but we’ve had some very productive conversations with the town and county about a PILOT approach that works for them, but we’re keeping an open mind,” he said.