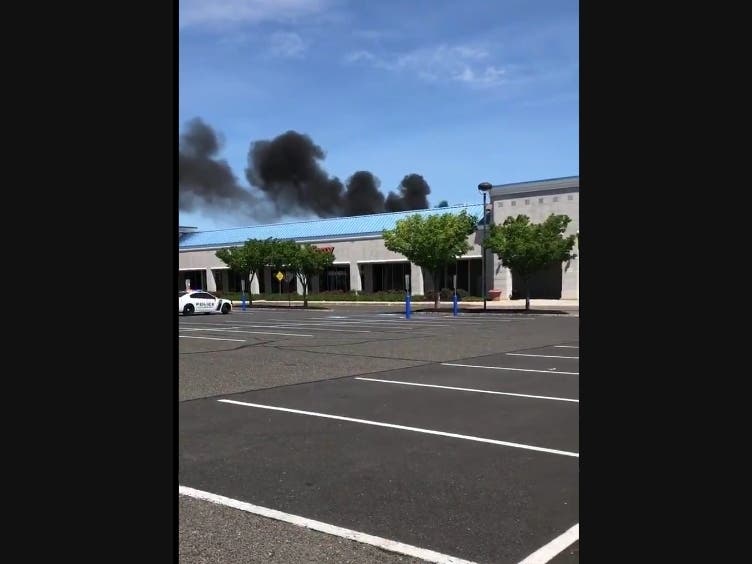 HOLMDEL, NJ â€” Solar panels on the roof caused a large fire to break out at 11 a.m. Sunday at the Hobby Lobby in Holmdel, according to Holmdel police.

Firefighters are now at the scene. The Holmdel Hobby Lobby is located off Rt. 35; avoid the area and traffic may be backed up.

One volunteer firefighter was injured fighting the blaze. He was treated for dehydration.

Nearby Texas Road House fed all the first responders who came to help put out the blaze.

Here is a video taken by passerby Michael Folchetti: