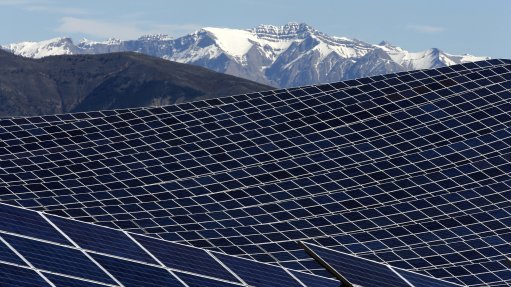 A slow decline in silver demand from photovoltaic (PV) cells is forecast for the next several years, but solar generation capacity growth in China, Europe and North America over the next decade, will keep silver demand at elevated levels.

This is according to a new report, which London-based consultancy CRU produced on behalf of the Silver Institute.

ŌĆ£We forecast a slow decline in silver demand from 2020 to 2023 as PV capacity added per year dips, while attempts at silver thrifting in PV panels continues at a diminished rate,ŌĆØ CRU states, adding that between 2024 and 2030, the rate of silver thrifting will slow further, while PV capacity additions will increase slightly.

Thrifting has resulted in silver demand rising at a slower pace than overall PV demand, but CRU notes that thrifting has its limits. Silver possesses the lowest electrical resistance among all metals at standard temperatures and that potential substitute metals cannot match silver in terms of energy output per solar panel.

ŌĆ£While there is a decline from the 2019 peak, it would be higher than any consumption level prior to 2016 and demonstrates that the PV sector will remain an important and consistent source of industrial demand for silver.ŌĆØ

The report maintains that a combination of global efforts to reduce fossil fuel reliance, legislation to lower carbon emissions, and favourable government tax policies, should result in a continued expansion of solar panel installations over the next decade.

For example, policies in California mandate that new residential homes be built to include a solar electricity system. Solar power is also a competitive option for power generation at industrial sites, particularly in remote locations with favourable conditions, such as mine sites in South Africa, Chile, and Western Australia, providing further upside for silver and solar demand.

CRU says that solar PV will be the key driver of new capacity in the renewable energy field. Solar power generation is forecast to increase to 1┬Ā053 TWh in 2025, almost doubling from 615 TWh in 2019, which equates to a compound annual growth rate of 9.4% and results in the sectorŌĆÖs share of global electricity generation increasing from 2.3% to 3.5%.

The largest part of the additional solar capacity moving forward is expected to be installed in China, accounting for about 40% of future capacity increase out to 2025. Compared with developed regions like Europe and North America, China was a latecomer to the PV industry. The Asian giant is forecast to double its PV capacity over the next five years, from 205 GW in 2019 to 414 GW in 2025, CRU states.