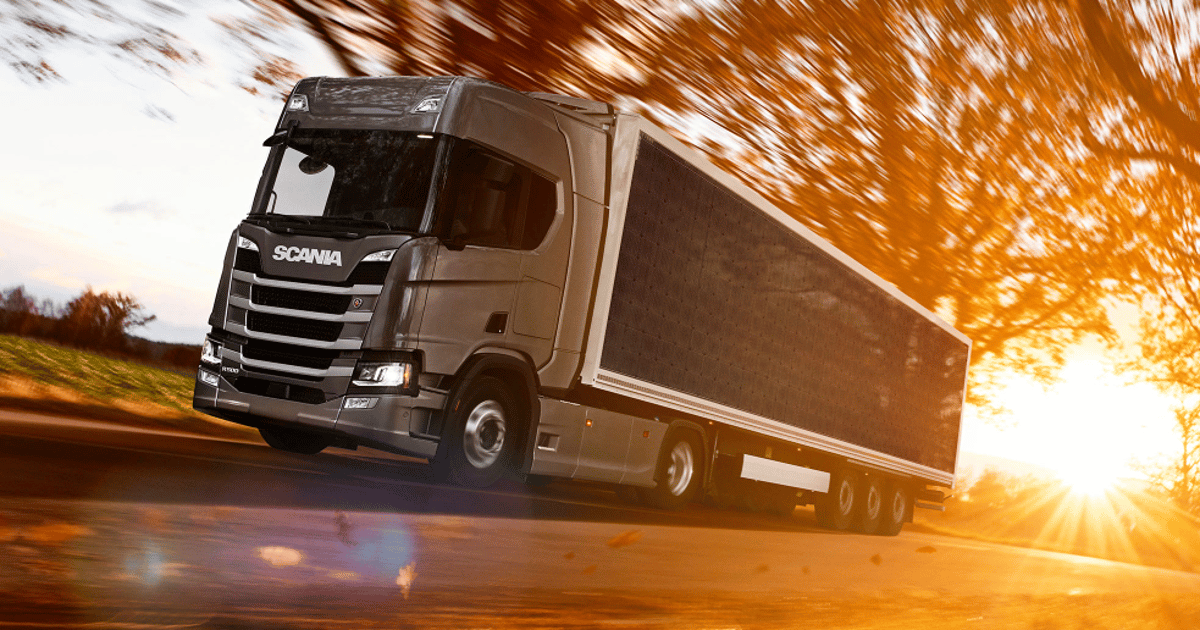 While other major truck companies look at fuel cells and electrics with massive batteries, Scania is experimenting with the possibility of solarized plug-in hybrid trucks. As the “hybrid” part makes clear, the solar panels won’t be able to power the full journey â€” or anywhere close â€” but Scania believes its solar panel-decorated trailer will be able to deliver fuel savings between 5 and 20 percent, depending upon where and when it’s on the road.

The last time we saw a vehicle as covered in solar panels as Scania’s trailer, it was merely a concept â€” the 2017 Dethleffs e.home solarized motorhome. Scania is hoping its design can leap beyond concept stage and deliver measurable performance in the real world. It covers an 18-m (59-ft) trailer with 140 sq m (1,500 sq ft) of solar panels on the roof and sides. Swedish shipping company Ernst Express will pair the trailer with a Scania plug-in hybrid tractor and use it for daily operations to test its efficacy.

According to Scania, pre-trial estimates show that the solar trailer can offer a 5 to 10 percent fuel savings during Swedish operations between spring and autumn. It admits that the Swedish winter does not produce sufficient sunlight to make solar charging feasible but imagines the system also finding use in sunnier locations. If used in southern Spain, for instance, the set-up could double its fuel-saving benefits, the company says.

Scania expects the trailer to generate up to 14,000 kWh per year when operated in Sweden. Its collaboration with Ernst will test whether the trailer can effectively generate enough energy to feed back into the grid when the batteries are full and the truck parked.