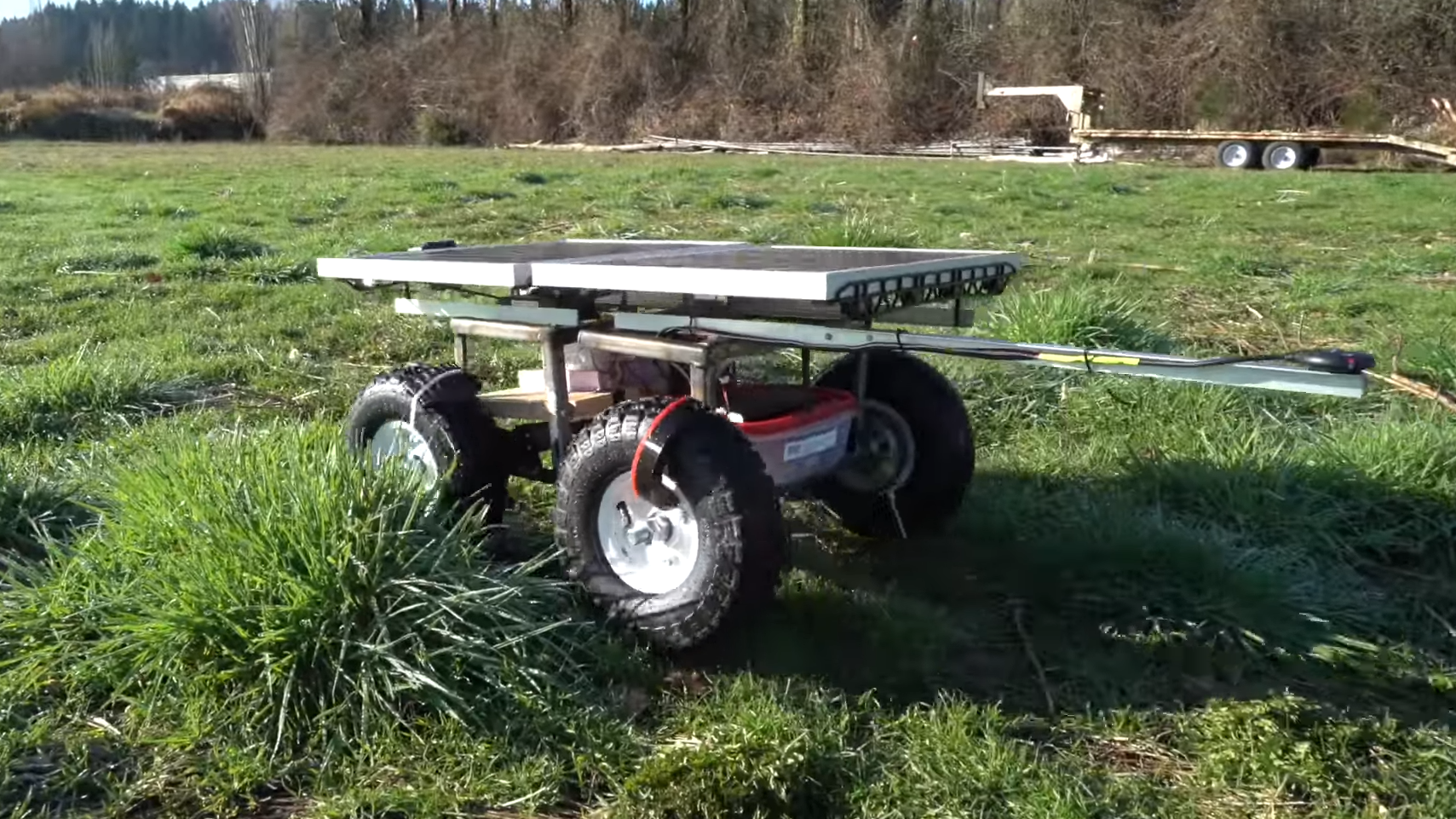 The solar panel technology we have available today doesnâ€™t really lend itself to practical everyday transport. But when speed isnâ€™t a concern, it can make for some very interesting autonomous rovers. One example of this is [Daniel Riley] aka [rctestflight]â€™s solar powered rover, which he built to live autonomously at his flight testing field, crawling around whenever it has gathered enough juice from the sun.

[Daniel] has thing for autonomous craft of all types, with quite a few aircraft and boats to his name. This rover is built around a welded steel frame, with each wheel driven by a brushless geared motors via a chain. While itâ€™s technically a skid steer, the electronic speed controls are from a quadcopter and canâ€™t reverse, so it doesnâ€™t turn quite on the spot.

With the rigid steel frame, any small bump in the ground would cause one wheel to lose traction. To fix this, the frame was cut in two and a pivot added in the center, allowing all four wheels to always remain on the ground. Another problem is that the wheels would sometimes dig themselves into the soft wet ground, so this, [Daniel] attached a 3D printed â€śhumpâ€ť to each drive wheel, which helps them to climb out of any soft spots. For the next version of this rover, [Daniel] plans to use cheap DC geared motors from a Barbie jeep. Theyâ€™re a bit too fast though, so heâ€™ll be adding 3D printed cycloidal reduction gearboxes. Weâ€™re definitely looking forward to seeing here this project goes from here.

There have been a number of projects to test solar powered robots for agricultural use. We really like the idea, with its potential for long duration missions. Imagine something like this roaming the Black Rock playa in the US, the Makgadikgadi Pan in Botswana, or even the Sahara Desert, while gathering environmental data and making awesome time-lapse videos.