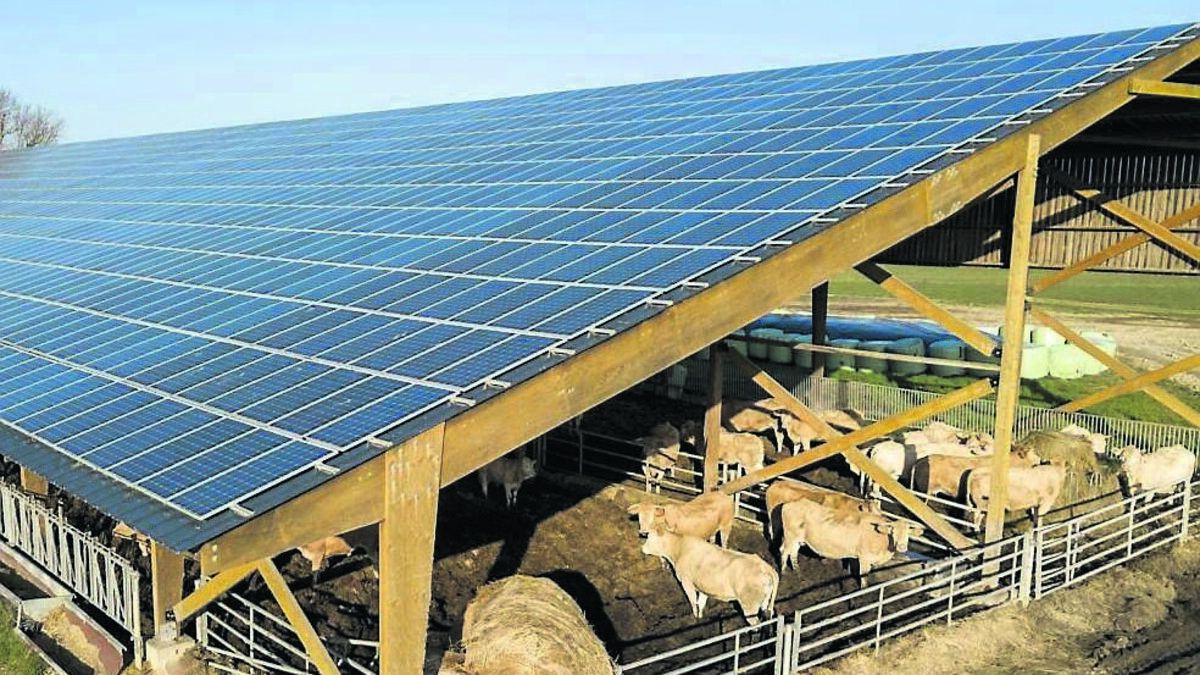 ICOS says dairy farms can earn between €208 and €2,773 per annum, from selling electricity to the national grid, when the Micro-Generation Support Scheme goes ahead.

And they will potentially save €843 to €2,341 per annum off their farm energy bills.

The projections identify a return on investment occurring between 2.9 to 13.3 years, depending on the scale of dairying platform, and the scale of solar installation, which is usually affixed to outbuildings, and/or installed on underused areas around the immediate farm buildings.

ICOS also saw significant potential for many beef and tillage farms, if the currently proposed scheme’s limit of selling 30% of the excess electricity they produce back to the grid is raised.

ICOS, the policy and representative body for co-ops, including milk processors and marts, made the projections in its submission to the Department of Environment, Climate and Communications consultation on the Micro-Generation Support Scheme.

TAMS (Targeted Agricultural Modernisation Scheme) grants may be available for arrays ranging from 3 kW to 11kW.

Irish dairy farms have an average herd size of 90 cows, for which ICOS said an array under 11kW makes a lot of sense, because the additional cost of battery storage is not incurred, and there may be TAMS grant aid, plus capital allowances.

Installing a 11kW array on a typical 120-cow dairy farm will save the farmer €1,124 in farm energy costs, and the farmer can receive an annual income of €763 from exported energy (30%) at 8c/kWh, according to the co-ops organisation’s calculations.

The expected return on investment payback period is 7.6 years, which may be reduced through availing of TAMS grant aid and capital allowances which can be offset against income tax.

ICOS said installing a 6kW array on a typical 90-cow dairy farm will save the farmer €843 in energy bills, and will earn €416 per year from exported energy, at 8c/kWh.

The expected return on investment payback period is 6.2 years, which may be reduced through TAMS grant aid and capital allowances.

It is not eligible for TAMS grant aid, but the expected return on investment payback period of 5.8 years may be reduced by capital allowances.

ICOS said energy consumption on a considerable number of dairy farms is high enough to warrant an array of up to 30kW, possibly even 50kW for larger dairy farms, if availing of the feed-in tariff for selling to the grid.

He added: “We believe that a specific renewable energy infrastructure grant should be set up for agricultural holdings to promote farm-based solar generation.

“Funding for this would ideally come from the Just Transition Fund or National Recovery Fund, which prioritises investment in renewable energy.”

Without such grants, the expense of medium to large-sized solar panel installations and renewable energy technologies is out of reach for the average farmer, earning only 40% of the average industrial wage in Ireland, according to ICOS.

Therefore, there is only a low level of investment in solar energy on farms at the moment, by farmers who subsidised the cost with TAMS II grants and use of capital allowances.

But solar arrays over 11kW are not covered by TAMS.

The consultation document categorises agriculture in 0-11kW capacity bands, but ICOS opposes this restriction for farmers whose energy consumption gives a basis for larger installations.

ICOS acknowledges that getting larger capacity from farms to the national grid will present infrastructural challenges, but says a network of power generators dispersed on farms in rural Ireland offers energy security and a rural economic boost.

ICOS also commented on the proposal for occupied buildings to achieve a minimum post-works BER C rating, saying it should be tweaked to only apply to residences and not to agricultural or SME connections with adjacent residential buildings accounting for only minimal shares of total energy consumption.

Mr Walshe said autonomous, democratic, member-led co-ops rooted in their communities, with a long track record of sustainably providing goods and services, are the ideal delivery vehicle for all types of community energy generation projects.ICOS is keen to engage on this with the Environment, Climate and Communications Department, and with the SEAI.

Later this year, farmers, businesses, individuals and community groups can generate their own renewable electricity, through means such as solar panels on rooftops, and receive payment when they sell excess energy into the grid.

Micro-hydro, micro-wind, and micro-renewable combined heat and power with output of up to 50kW, designed to primarily service the self-consumption needs of the property where they are installed, will also be in the Microgeneration Support Scheme (MSS), the first such support scheme in Ireland, with a route to market for selling excess power into the national grid at a fair price.

The Government says the MSS must protect customers, protect vulnerable customers, and be accessible to all electricity customers.

Remuneration for exported electricity is seen as a small additional benefit rather than a revenue-generating opportunity, with the main benefit being savings by reducing power bills

“By producing and selling their own electricity, citizens, farmers, business owners and community organisations can save on their energy costs and reduce their carbon footprint,” said Environment, Climate and Communications Minister Eamon Ryan.

It has been estimated that about 10% of the country’s electricity needs could be met if every household had two rooftop solar panels.