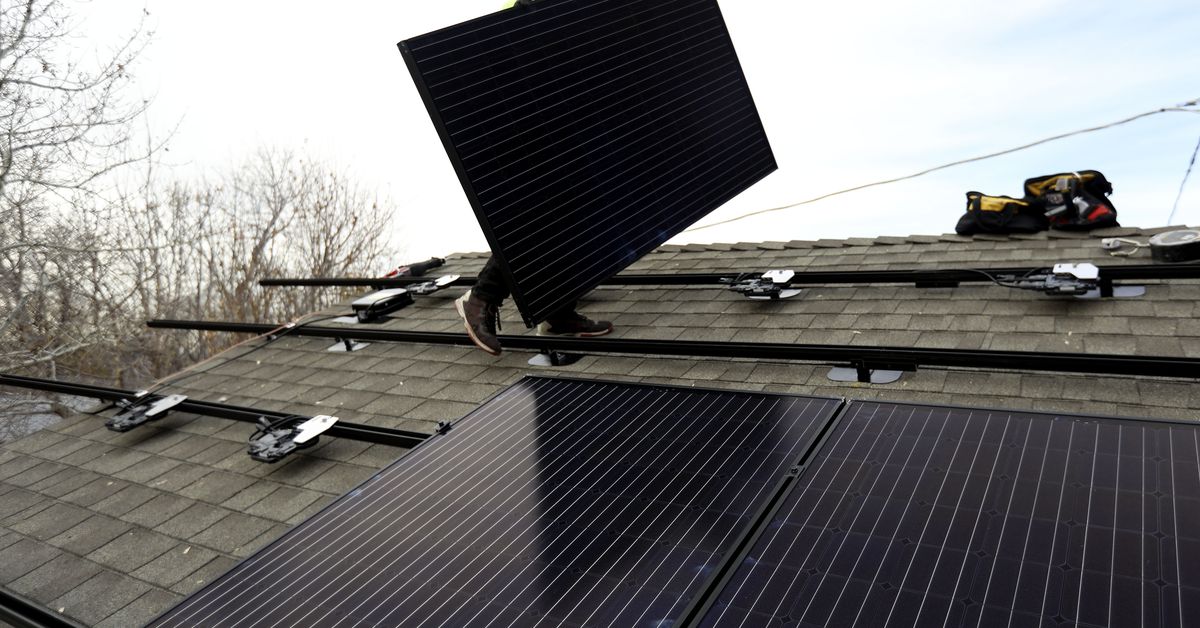 SALT LAKE CITY â€” Solar advocates say a proposal by Rocky Mountain Power to decrease the amount it pays future rooftop solar owners for excess energy is a threat to more development of the renewable energy resource and will deter additional investments by Utah customers.

A rate case on the proposal is slated to be heard this week by the Utah Public Service Commission after the utility company completed a three-year cost benefit study of rooftop solarâ€™s value.

Kate Bowman, renewable energy program manager with Utah Clean Energy, said during a webinar Friday that the proceeding will define the future of rooftop solar in Utah.

â€śAccess to rooftop solar is a choice people want to make and a choice they should have,â€ť she said.

Rocky Mountain Powerâ€™s net-metering program began in earnest in 2008, with just 372 customers. By 2017, when it ended at that rate of compensation, there were 27,800 rooftop solar customers in the state. It has since grown to nearly 36,000 customers.

Still, Bowman said commercial and residential solar only makes up 2% of the energy mix in Utah, with plenty of room to grow.

After the traditional net-metering program ended, Rocky Mountain Power implemented a transition program agreed to in a stipulation approved by the utility commission to shave the rate by 8% to 10% for new customers.

â€śWe feel we should only have to pay the market rate not the premier rate,â€ť said spokesman Spencer Hall.

He added the utility companyâ€™s recommendation to the Public Service Commission on the issue of customer-generated electricity is to minimize cost shifting to other customers by setting a rate Rocky Mountain Power believes is fair compensation.

But Bowman strongly disagreed that it is â€śfair,â€ť and said the benefits of rooftop solar energy were vastly underestimated by the utility company.

â€śIf Rocky Mountain Powerâ€™s proposal is approved, it sends a strong signal to prospective solar customers that their energy exported to the grid is essentially worthless,â€ť Bowman said.

Sachu Constantine, managing director of regulatory affairs for Vote Solar, said the national organization looked at solar energy production by more than 3,000 customers in Utah and came up with it own compensation rate.

The 24 cents per kilowatt-hour it came up with â€” compared to Rocky Mountain Powerâ€™s rate of 1.5 cents, reflects avoided costs such as additional infrastructure investment or losses of energy via transmission lines to the utility company because rooftop solar energy is generated on site. Additionally, the analysis took into account climate benefits such as reduced carbon emissions and jobs created by the solar industry.

â€śThis is about fairness and allowing customers to participate in the value of solar,â€ť he said. stressing that such a low rate paid by Rocky Mountain Power will discourage new investment in rooftop solar.

The utility companyâ€™s proposal simply doesnâ€™t reflect the value rooftop solar provides, Constantine said, adding the group simply wants a return to the net-metering rate, which was compensation based on a straight kilowatt per hour earned, not a portion of it.

Josh Neves, attorney for Utah-owned Blue Raven Solar, said the future of solar power will be determined by what the Public Service Commission decides after Tuesdayâ€™s hearing.

After the net-metering rate ended in 2017, Neves said, many Utah solar companies shut their doors and took their business elsewhere.

â€śThe current Rocky Mountain Power proposal will easily be the most regressive rate restructure in the country and will literally eliminate thousands of jobs here in Utah.â€ť

Hall said the export rate paid to rooftop solar customers is borne by other customers and does affect the utility companyâ€™s earnings.

He added the state Office of Consumer Affairs, which had argued against the inequity in net metering for those not on the system, is in general agreement with the rate reduction.