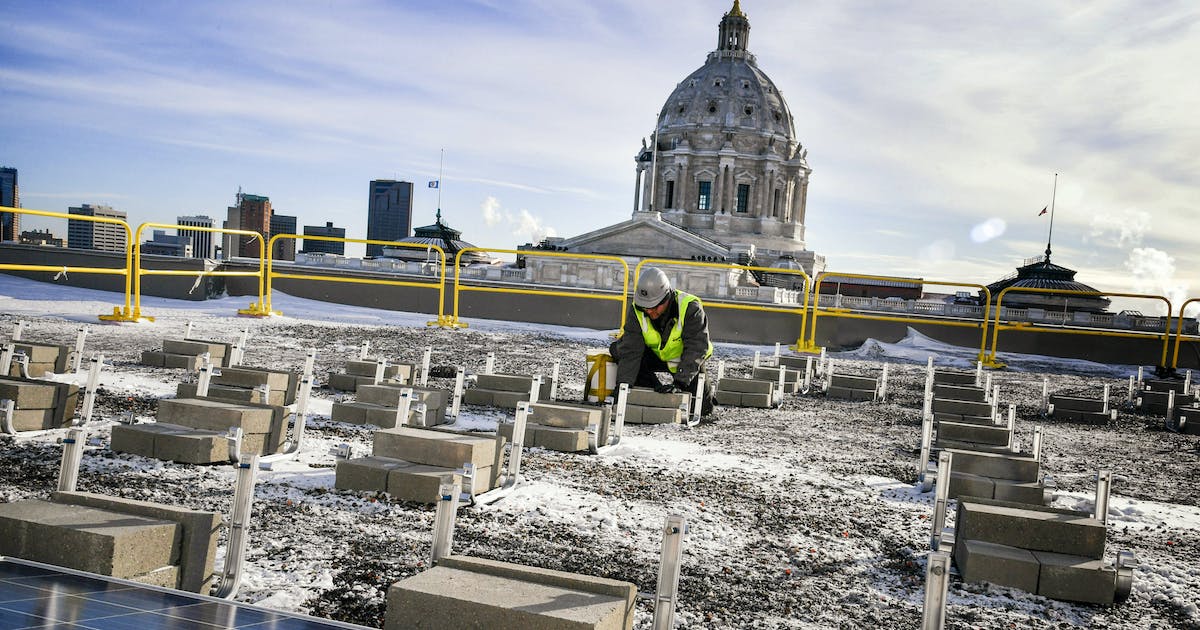 It has been interesting to read recent opinion pieces regarding our electric grid and the role of solar and wind power. I doubt that many of the writers truly understand the benefits of solar and the downside.

I have a second home at the end of the Arrowhead Trail in northern Minnesota. The closest electric pole is 16 miles away, forcing each home to either run a generator or use solar, wind or both to get electricity. I started my solar journey 16 years ago. The initial investment was substantial ($21,000), as you literally become your own utility company. I’m on my third generation of batteries for storage of energy, upgrading to three 48-volt lithium batteries at a cost of $5,000 each and increasing the number of solar panels from eight to 16. Why? Around half of Minnesota days are cloudy. With all this solar power, I still need my generator for backup if the cloudy days exceed two in a row.

This solar journey has made me aware of how we use electricity, which appliances are energy pigs (hair dryer, toaster, coffeemaker) and taught me to wait for sunny days to do laundry. My point: Solar has made great strides, but has a long way to go.

Our future electric sources should be diverse, and our appliances and buildings more efficient.

The Minnesota Pollution Control Agency (MPCA) issued an air quality alert last month that air pollution from fine particles would be at dangerous levels for a few days. These are the particles that easily lodge in the lungs, leading to health concerns for children, the elderly and people with pre-existing asthma, emphysema and heart disease.

The air quality alert tells us that everyone should take precautions by limiting physical activity, staying away from local sources of air pollution such as busy roadways and making sure you carry an inhaler if you have breathing conditions. Fine-particle pollution comes from any activity that uses fuel.

Minnesota is having many more of these air-quality-alert days. The alarms are going off for Minnesotans to support the Clean Cars Minnesota rule. The state is behind on its goals for greenhouse gas emissions set in a bipartisan legislature in 2007. Additional emission reductions are needed to achieve these goals. Transportation is now the largest emitter of greenhouse gases in Minnesota.

With fewer gas-powered cars on the road, the air could get a lot cleaner. During the pandemic shutdown last spring, we all got to observe that there was very little traffic, resulting in blue skies and clean air. The Clean Cars Minnesota rule will improve our air quality with stricter fuel efficiency standards. Minnesotans will have access to more choices in hybrid and electric vehicles. Cleaner cars will help us meet the urgent goal of 55% clean energy by 2035.

Consumers will benefit with lower costs in maintenance. No more paying at the pump — just plug the vehicle in at home. An electric vehicle needs no oil changes, and there are no belts and air filters that need changing.

Most important, the clearest benefit from Clean Cars Minnesota will be improved air quality that we all deserve.

It reminded me of a letter I wrote to Hennepin County and copied to the Minnesota Pollution Control Agency and my legislators as a result of what I thought was a counterproductive policy to reducing the quantity and quality of the waste stream. I wrote the letter after taking several dozen compact-fluorescent-type light bulbs (CFL bulbs) to the Hennepin County recycling facility in Brooklyn Park.

Since I lived in a condominium, several residents decided it was good to separate some types of waste from the waste stream. As a result, there were locations provided in each of our two trash rooms in the garage for items such as plastic bags, CFL bulbs, regular fluorescent light bulbs, batteries, etc. Periodically a volunteer could take them to the Hennepin County recycle facility. Since I was going near the facility one day, I volunteered. To my surprise, the gatekeeper at the recycle facility noticed on my driver’s license that I had an apartment number included on it. She told me that our condominium was a “commercial” facility and therefore we could not dispose of quantities of CFL bulbs from our facility; however, she did permit me to dispose of those I had with me.

After this experience, I called Hennepin County and was told the gatekeeper was correct, i.e., it was required by the MPCA and Hennepin County was just enforcing the requirement. I then wrote the letter. The only response I received was a call from a person at Hennepin County telling me what I had already been told was correct. I pointed out to those I talked to and corresponded with that it was counterproductive to require the 87 units in our building to each drive to the recycle facility to dispose of their CFL bulbs since it would cause more environmental harm and most, if not a majority, would just dispose of them in the trash. In fact, we no longer have any location in our building to separately handle these types of waste items, so the majority of them are just part of the recycle — or more likely the trash — stream.

I thought what was environmentally friendly would be promoted by our elected officials and the MPCA. However, someone appears to not have thought through what is being implemented when it comes to disposing of waste. Granted, the items we were separating were a small portion of the waste stream but greater polluters than the normal waste stream contaminants.

Possibly our legislators, the MPCA and the counties can provide rules and regulations and use a little common sense to reduce the amount and type of waste that goes to our overburdened landfills. How about requiring locations that sell certain items also have a location to dispose of same — this is already being done by certain retailers for plastic bags. That is where we dispose of our condominium’s plastic bags, and the retailers never expressed a concern when we brought them several large garbage bags full of plastic bags.

May we care for people as much

The story “Violinist shelters 330-year-old instrument from Texas storm” (Feb. 20) about the Texas man who slept with his valuable Italian Goffriller violin to keep it from freezing during the power outages reminded me of my father’s love for his Italian Guarneri violin. My father, Henry Kramer, was a violinist in the Minneapolis Symphony Orchestra starting in the 1940s when Dimitri Mitropoulos was conductor and retiring after 35 years when the renamed Minnesota Orchestra was under Stanislaw Skrowaczewski in a new concert hall. Dad moved from a section player to assistant concertmaster to second principal violin and, in his last years, to principal violist.

As he approached 90, the Guarneri was stored in a bank, unplayed — waiting, I presumed, to be inherited by his children who would consider it only an asset, because we don’t play violin. But just as the Texas man said he treats his violin “as if it were a living creature,” Dad felt a good violin must be played to keep its musical soul — its unique tone — alive. So before he died, he sold it to a player in the Minnesota Orchestra so it would continue as a living instrument.

When Dad passed away a few years later, we invited the new owner to his memorial service, where she played a beautiful tribute to my father and his instrument. Then, as now, whenever she plays that violin, keeping it alive, she also keeps a piece of Dad alive.

If my father were here to read about what Texans are enduring, he probably would say, “If we can care so much for violins, surely we can care for each other even more.”

We want to hear from you. Send us your thoughts here.