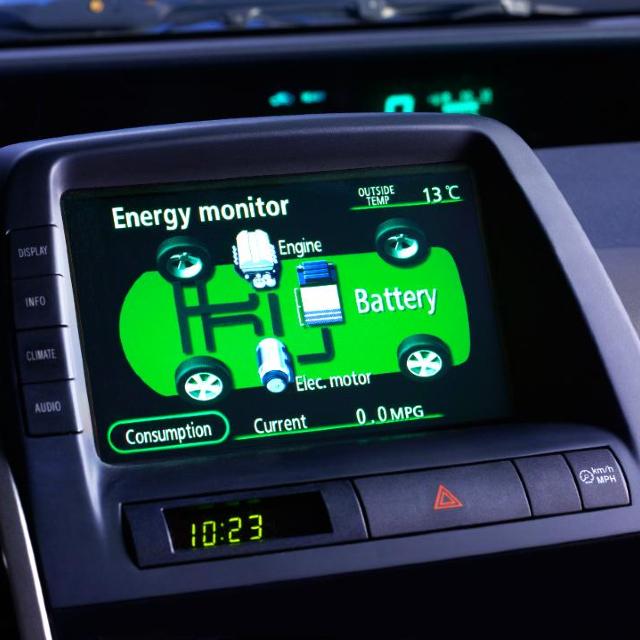 In times when technological advancements happen every second, it’s hard to imagine an industry that has gone untouched by the tech revolution.

And energy â€” batteries in particular â€” is going through a renaissance very quickly due to the new opportunities presented by the innovation waves hitting the market. Throughout my experience working with various companies â€” from startups developing new energy efficiency solutions like batteries, to behemoth companies pushing innovation in their respective spaces â€” I have noticed a large shift globally in how innovation has been transforming various industries. And energy is not an exception to this rule.

Increasingly and unexpectedly, the small devices that powered our phones or computers only a few years ago have the capacity to power cars and even buildings today. And it’s not just the size-to-power ratio that has been changing â€” the sources of energy have been dramatically changing too.

According to UBS (via CNBC), energy storage costs will fall between 66% and 80% over the next decade, while the energy market will grow to $426 billion around the world. As renewable sources become cheaper and help ensure less damage to the environment, new-age batteries could become the solution to a smooth transition from fossil-driven fuels to renewable sources with a focus on solar and wind energy.

Not only is there a massive shift toward more sustainable, cleaner energy sources in general, but there also seems to be an improved capacity for energy storage and an introduction of more effective techniques with the goal to gradually, fully eliminate the need for natural gas.

Among the new applications of batteries are the electric vehicles that have increased in popularity recently. Tesla announced it would release a luxury electric sports car in 2006 â€” milestones ahead of the other players in the field that were still playing with the idea of hybrid models that partially relied on renewable energy but still kept the element of traditional energy supplies. But as the energy market shifts, so could consumer expectations and, thus, the priorities of these companies.

According to the International Energy Agency, the “global electric car fleet exceeded 5.1 million” in 2018. That’s still a very small portion of the 1-billion-plus cars projected to be on the road as of 2015, but the number could keep growing. Moreover, BloombergNEF estimates that 57% of new passenger cars sold will be electric by the year 2040.

Electric cars are not the only tools fueled by the new age of batteries; I believe this new generation of batteries is on the way to becoming the latest innovation in energy storage and could completely eliminate the need for fossil fuel in the near future. Tesla is one of the first companies to introduce solar energy and storage batteries known as Powerwall batteries, which could reinvent the home energy market and allow customers to store energy under their roofs.

The Tesla Powerwall is usually paired with solar panels; this combination of energy storage and solar panels allows homeowners to preserve and maintain power throughout days and nights if the batteries retain enough energy from sunshine.

And Tesla is not the only one pushing for innovation in the energy space. Among its competitors â€” and viable alternatives to the Powerwall â€” are such giants as LG, with its partnership with solar company Sunrun to bring batteries to the U.S. market. Mercedes has also taken steps to rival Tesla; the company formed a partnership with Vivint to sell its home battery in California.

At the very core, batteries operate by following the same logic that water pipes do. In this scenario, the usable energy capacity shows how much water can run through the pipe; the power is the size of the actual pipe. The larger the pipe, the more water can push through in one sitting â€” but the water will drain faster, too. In the same way, more powerful batteries could allow for more electricity storage but get depleted of energy at a faster rate. The power factor accounts for the types of appliances that can be powered at once, while usable capacity accounts for the length of time these appliances can be powered. The more power the battery has, the more energy-demanding appliances it could supply. Larger usable capacity, though, could store energy and power the appliances for longer time periods without needing to recharge.

More and more today, technological advancements are changing the landscape of the energy industry and allowing for energy to be almost pocket-sized in devices like computers and phones, but powerful enough to provide electricity for entire homes. In the nearest future, and due to the potential emergency nature of environmental crises, I expect that natural energy sources will come to replace fossil-fueled energy and eliminate consumers’ current dependence on such types of energy.

Of course, the full transition to sustainable energy is yet far in the future. As of today, the world still largely depends on traditional energy sources and may perceive sustainable energy solutions as interim and transient in times when the traditional methods are costly or non-functional. With innovations hitting the market and revolutionizing the energy space, companies who are at the forefront of such advancements still need to consider how ready consumers are for such a big change and how likely they are to embrace it from the get-go.

The truth is, consumers take time to take in any innovation â€” despite its space or market. But slowly and surely, they tend to break the barrier of unfamiliarity and become the new norm as time goes by.

And all companies in the energy space can do is constantly monitor the needs and attitudes of the customers and present their innovations in the best way possible so customers can embrace the change and adopt the new direction of innovation.