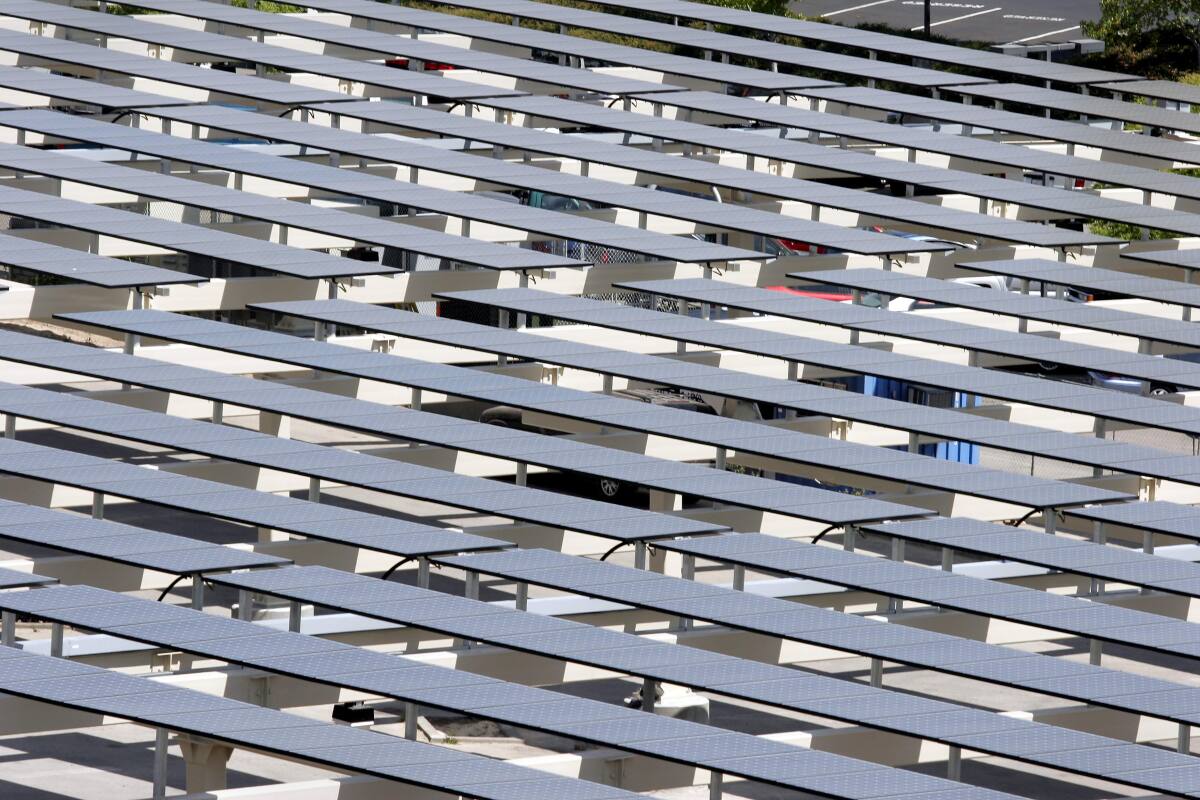 Mike Cary, 62, just joined Poppy Bank to lead a new PACE division with the future of the planet in mind â€” one he feels comfortable having his two adolescent girls inherit.

The energy expert was brought on board the Santa Rosa bank on Sept. 20 as a senior vice president to keep pace with the reemerging market that revolves around convincing businesses of the benefits of using C-PACE funding to install energy efficiency upgrades such as solar, heating and cooling systems, and insulation.

Though structured like loans with payment schedules and amortization, PACE agreements act like loans but really serve as assessments. Theyâ€™re paid back as line items on property tax bills.

â€śWe are very excited for the addition of the C-PACE finance division to our institution,â€ť President and CEO Khalid Acheckzai said. â€śThis endeavor comes at a time when our community needs it most.â€ť

With a competitive pricing structure in place, Cary said the community bank is poised through his efforts to provide strategies for North Bay businessesâ€™ specific challenges. For one thing, some companies have sought swapping out their HVAC systems to improve the air quality in their offices with the possibility of COVID-19 pathogens contaminating the air.

â€śThere are literally hundreds of enhancements commercial property owners can do,â€ť he said.

Cary estimated the North Bay market may be worth more than $500 million, based on his experience. Nationally, it could be valued in the trillions of dollars.

For four years, the Fairfield resident served as the chief revenue officer at Ygrene Energy Fund, which was reported as one of the nationâ€™s top PACE loan originators as early as 2006 by the Business Journal.

Before that stint, he worked over 11 years for Citibank in Virginia, which recruited him at age 24 as it changed â€śits financial sales culture,â€ť he told the Business Journal.

The experience helped hone his sales skills and financial acumen, while also using his competitive ambition and teamwork ability. Cary grew up playing baseball and football in Richmond, Virginia.

â€śIt helps to work with others for a common goal,â€ť he said.

PACE programs have â€śgrown significantlyâ€ť in primarily California, Florida and Texas over the last decade. The program has since blossomed into Ohio and New York.

Commercial buildings use much of the energy consumed in the country. C-PACE is considered an economic driver for small-business growth, leading to generating more jobs and environmental sustainability, Poppy Bank hopes.

Over the last few decades, the eco-conscious movement has made the case that energy-efficient projects help rather than hinder business because of its massive potential and need.

The first PACE project was launched in Berkeley a decade ago, and Sonoma County Energy Independence Program started a few years later.

The residential side has experienced legal challenges and a loss of support from Fannie Mae and Freddie Mac when it wouldnâ€™t take on agreements with PACE assessments. According to national law firm Tiffany & Bosco, these government-tied financiers cited the residential programs â€śare detrimental to the home mortgage industry.â€ť

Still, Poppy Bank plans to only delve into the commercial business, which Cary defines as a â€śmore sophisticated marketâ€ť to work with.

â€śIt hasnâ€™t been an issue on the commercial side,â€ť Cary said.

Poppy Bank, which opened in Sonoma County in 2005, has grown to more than $3 billion in assets and has branches across the San Francisco Bay Area, Roseville and Southern California.