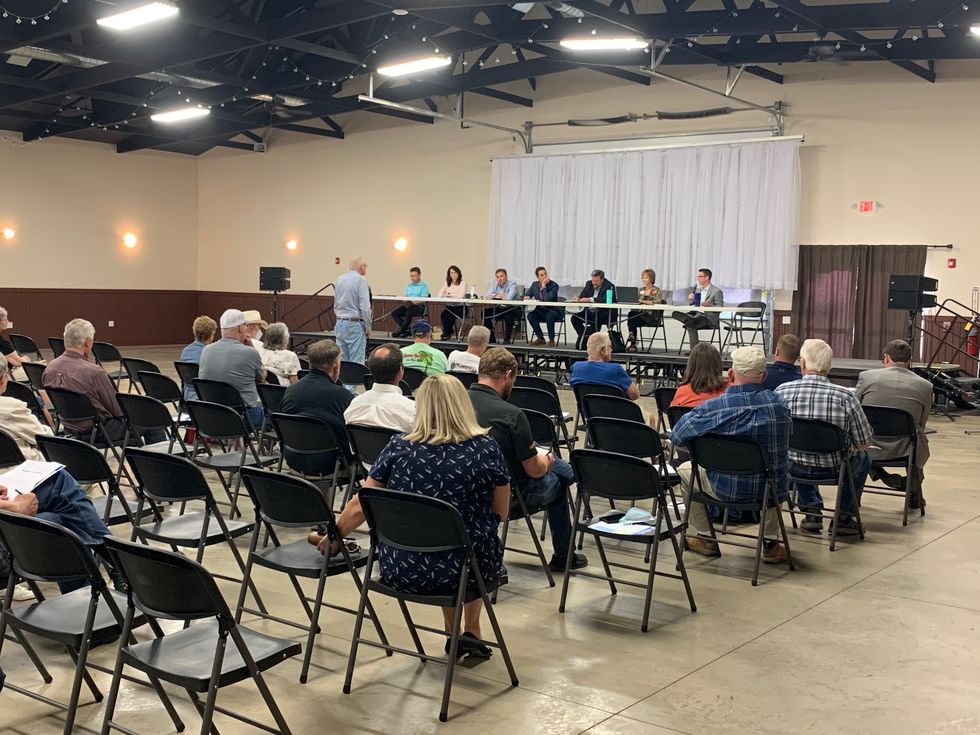 CENTRAL CITY, Iowa (KCRG) – Around 150 people came to the Linn County Fairgrounds in Central City on Wednesday to hear — and in many cases, voice their own opinions — about the process that could clear the way for a proposed solar farm.

NextEra Energy, which is based in Florida, plans to repurpose the Duane Arnold nuclear plant in Palo into the farm.

But NextEra is also looking to lease more land in rural Linn County, saying the entire farm would stretch across 3,500 total acres in three arrays. The company said it could bring in a $700 million capital investment and about 300 construction jobs.

NextEra has told KCRG-TV9 the project is planned for 2023, and it would need approval on a rezoning request from Linn County Supervisors before work can start.

Most of the people who spoke at Wednesday’s meeting said they are against the project.

Beth Dunkel, who is building a home in the area that could be affected near Center Point, says this isn’t what she and her husband thought they would be dealing with when they bought land for their “forever home.”

“You’ve got a company coming in that’s not vested here in Iowa, and they want to put in these solar panels. They’re not thinking about people like us and our land and how it affects our livelihood, and they’re thinking about profit,” Dunkel said.

A few people did speak in favor of the project, mainly about the environmental benefits they argued solar would bring to the area.

“When you turn the lights on, you want power, where are you going to get it? It doesn’t come from coal anymore. It isn’t coming from nuclear anymore. It’s gotta come from wind and solar. So unless you can do without electricity, I don’t know what you’re going to do,” Warren McKenna said.

Linn County staff said Wednesday, the second of two public information meetings on the proposal process, that they couldn’t comment on how the proposed solar farm would affect specific parts of the land because NextEra hasn’t yet applied for this rezoning process.

But county staff did outline what requirements it would need to meet for approval.

The company has said it does not plan to seek eminent domain on the land, meaning no one would be forced to sell or move.