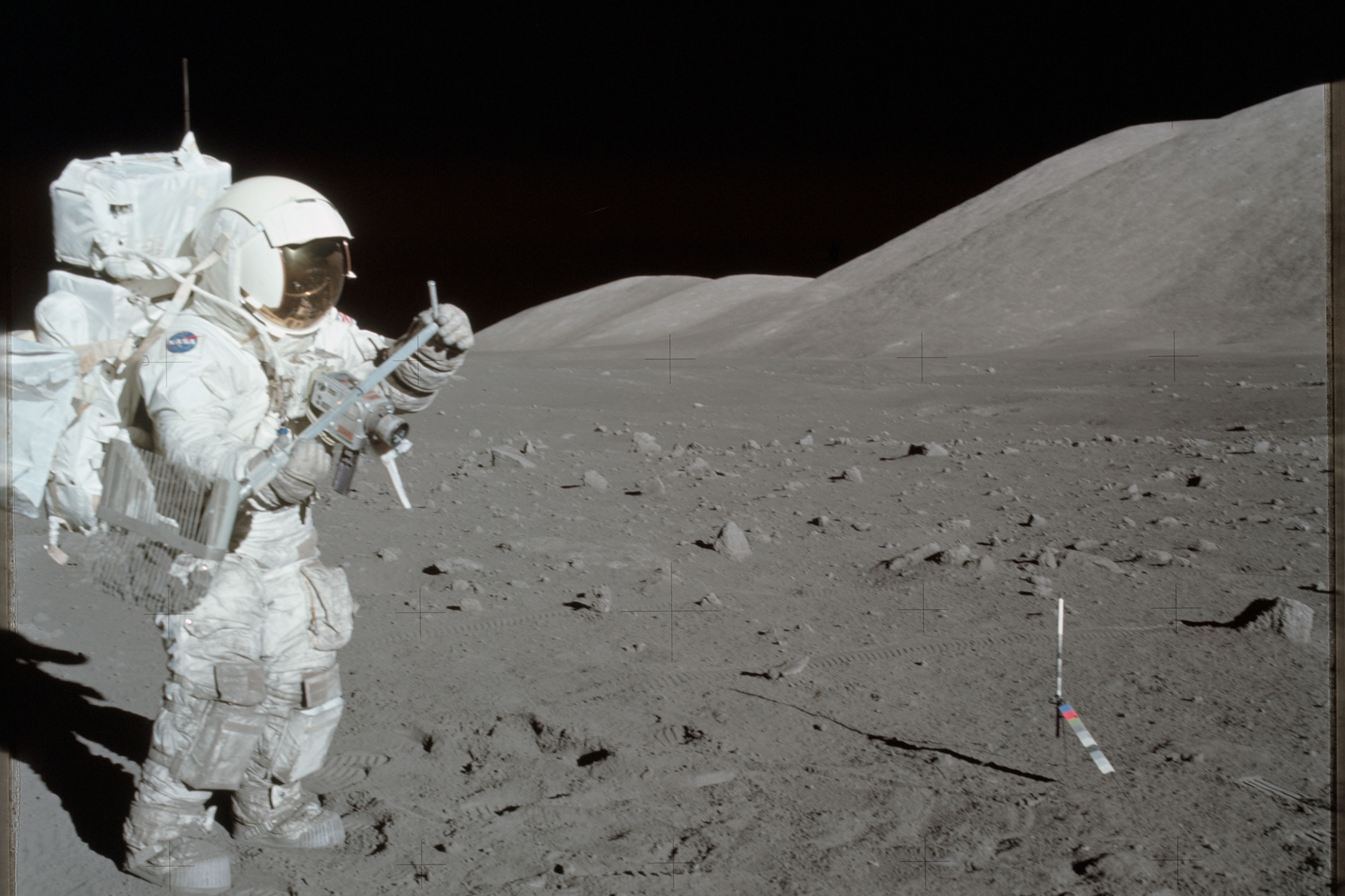 Forty-eight years ago, when Apollo 17, the last Apollo mission to the moon, departed the valley of Taurus-Littrow, I never imagined that next crew would come at least 52 years later. As a nation we cannot continue to have such gaps, if we intend to maintain our global leadership in space exploration, expand our commercial sphere of activities away from Earth orbit, and secure the benefits of the moon for future generations.

The future of humanity, the concept of freedom, and the pride and aspirations of Americans have expanded into space. The Apollo experience shows that human exploration of the solar system is one of those ideas that bring peoples together and harnesses the tremendous commercial resources of the United States. There is no acceptable choice for Americaâ€™s future but to return to the Moon to stay, and to do so as soon as possible.

Apolloâ€™s origins were purely geopolitical; however, its success showed the potential of sustained national and commercial activities on the Moon and what 450,000 dedicated Americans could do when challenged. Returning to the Moon will be about establishing a permanent, sustainable human presence and maintaining global leadership on the frontier of space as well as on Earth.

Having walked in the lunar valley of Taurus-Littrow, and as someone who has devoted much of his life to understanding the moonâ€™s record of Earth history, I also realize the moonâ€™s role as an imbedded part of human curiosity, history and now geopolitics. Additionally, Apollo demonstrated how Americaâ€™s commercial industry, working with NASA to implement a national goal, will continue to play its essential role in humanityâ€™s journey into space.

NASAâ€™s Artemis Program will be one of the driving cultural, geopolitical and economic forces of this age. Artemis, the mythical twin sister of Apollo and goddess of the Moon, will also depend on American industry to land the first woman and next man on the Moon in 2024, but also enable a permanent foundation of sustainable operations, productive science, and commercial activities on the lunar surface and beyond.

The Human Landing System (HLS) project within the Artemis program constitutes the final piece of the intricate plan NASA has devised to return to the Moon. This project seeks to design and build the actual spacecraft that will land American astronauts on the lunar surface once again. Together, NASA and our U.S. commercial industry are using the lessons from past and present successful partnerships with HLS.

It has been remarkable to see the National Team, including Blue Origin, Lockheed Martin, Northrop Grumman, and Draper, work closely together with NASA. Blending established entities and entrepreneurial space firms is a good prescription for success. The team is aptly named, as it represents our national heritage in lunar exploration, our national pride in science and technology innovation, and the national strength of our commercial space industry.

Apollo was remarkably successful in maturing the technology available in the 1960s. Since then, the U.S. space industry has come a long way, having advanced liquid and solid rocket propulsion, pioneered reusability and precision rocket stage recovery, refined life support technology and rendezvous and proximity operations, and gathered new data to assist landing on the Moon. Couple this with todayâ€™s entrepreneurial spirit, I am confident we can return to the Moon to stay and can reap the national, commercial and societal benefits that will accrue.

Blue Origin is building the Descent Element â€“ or lander â€“ that will transport the crew the lunar surface. Blue Originâ€™s lander has been under development for years with private capital, builds on vertical landing successes with their New Shepard vehicle, and is designed for the future (using a liquid hydrogen/liquid oxygen main engine) where propellants are sourced from lunar ice. NASAâ€™s plan is to land near the Moonâ€™s South Pole where we expect to find significant quantities of water-ice as well as other resources.

Lockheed Martin provides the Ascent Element that will boost crews from the surface back to a rendezvous and docking point in lunar orbit. This stage will leverage existing human-rated deep space technology from the Orion spacecraft, including avionics, software, life support, and crew interfaces.

Northrop Grumman will provide the Transfer Element that will ferry the entire landing system to a pre-landing lunar orbit. This stage is based on the highly successful Cygnus cargo transfer system, which has flown 13 resupply missions to the ISS.

Draper has delivered highly reliable guidance, navigation and control systems, including for Apollo, and will leverage this expertise to provide the descent guidance and flight avionics.

NASAâ€™s Human Landing System offers the country the best chance at returning to the Moon and using its resources to sustain and advance human exploration and civilization in space. Scientific explorers and commercial pioneers need to get to the Moon with diverse people, practices, and profit motivations. The spirit of innovation is still alive in the USA, and can help us look up to a brighter future in the 21st century. Half a century has been far too long to wait to see Americans again step on the Moon.

Harrison H. Schmitt, a former U.S. Senator from New Mexico, was a crew member of Apollo 17. He is a member of the Blue Origin Science Advisory Board.