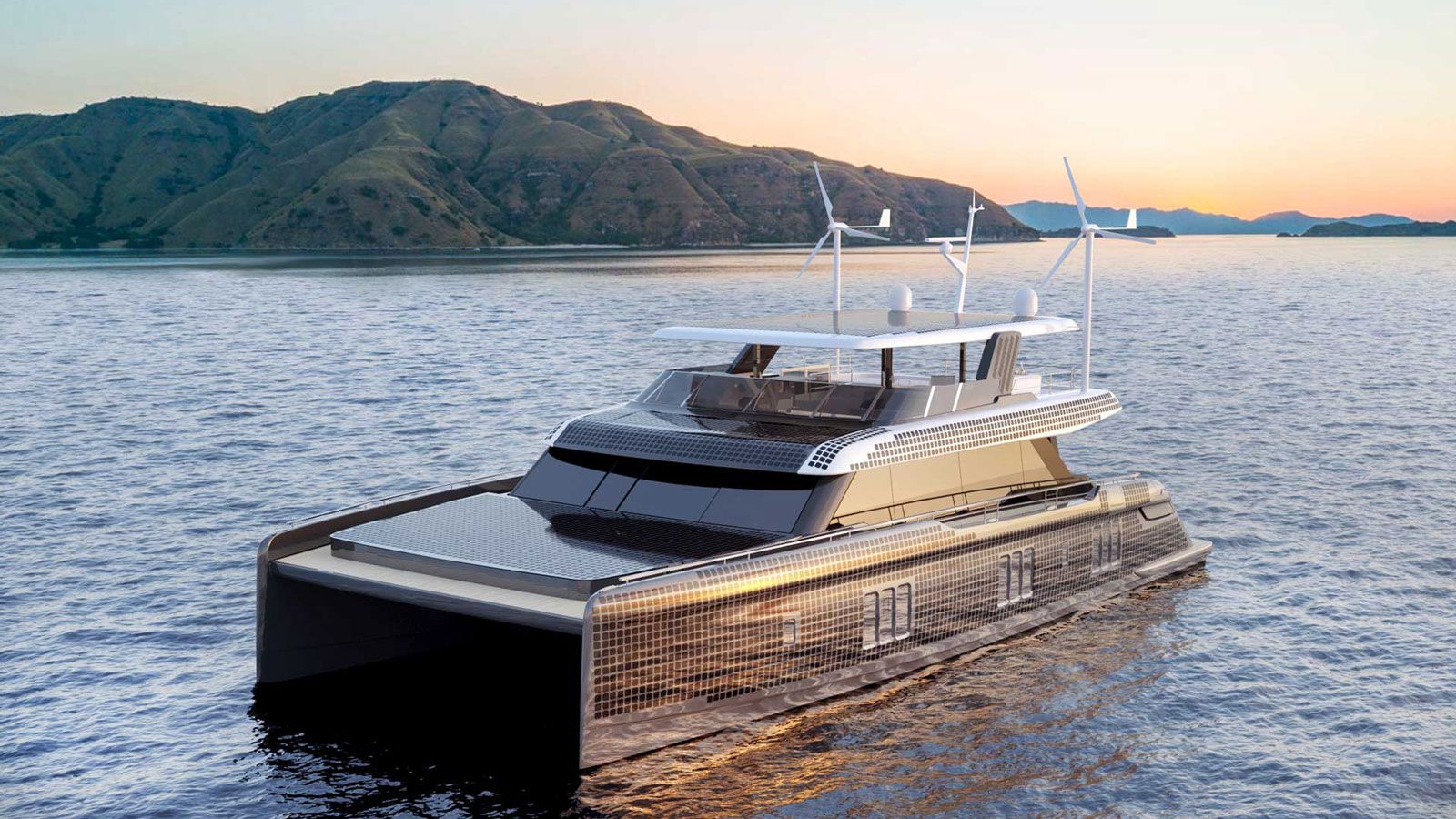 Rosberg was unveiled as the builderâ€™s eco brand ambassador earlier this year after the shipyard launched a full range of eco catamarans packed with green technologies.

Speaking to BOAT International in the latest episode of the BOAT Briefing podcast, Rosberg revealed why he teamed up with Sunreef.

Earlier this year, the yard launched an Eco Line of motor and sailing catamarans, which range from 12.1 metres to 30.48 metres.

Sunreef has also turned its attention to construction materials, which feature ethically sourced teak or cork-based decking, recyclable sailings, non-toxic bottom paint and hulls built from linen and basalt instead of fibreglass.

Rosberg described these innovations as â€śa huge jump in sustainabilityâ€ť.

â€śThose are the kind of steps which I [find] fascinating and really respectâ€ť, he added.

Reflecting on his partnership with Sunreef, Rosberg also pointed to the GreenTech Festival, which he founded in Berlin, as well as his role as an investor and shareholder of the all-electric racing series Formula E.

â€śEverything Iâ€™m doing as an entrepreneur is based on sustainability and eco so [myself and Sunreef are] a great match,â€ť he said.

His sustainability mission began when he retired from racing in 2016 after winning the Formula 1 world championship. Post-retirement, his life has been â€śone of searchingâ€ť, he said.

â€śI think particularly in this space of taking care of the environment and supporting us as a whole (â€¦) that has given me a lot of purpose.â€ť

He called on the wider superyacht industry to do more on sustainability, revealing that Sunreefâ€™s Eco Line is already attracting widespread attention from buyers.

â€śEvery industry in the world needs to become more conscious of the environmental damage thatâ€™s being done and need to position themselves accordingly and do a better job with that,â€ť he said.

â€śI think it is important to set an example as well and say it is possible, people will buy those boats. [The Eco Line] is really starting to kick off now (â€¦) because eco is cool and thatâ€™s awesome â€“ that weâ€™ve come to a point today in the world where eco is coolâ€ť.