New York’s roofs may get a lot greener soon – Archinect 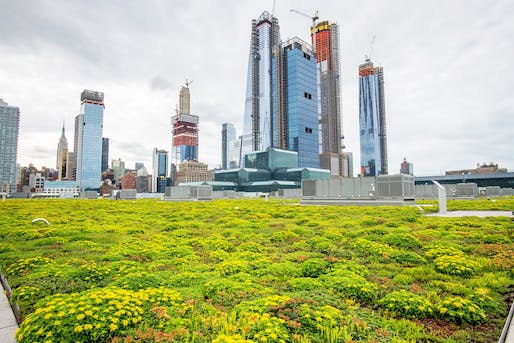 Measuring 6.75 acres, the expansive green roof capping the Jacob K. Javits Convention Center in Manhattan is the second largest of its kind in the United States. Image: Javits Center/Facebook

Local Laws 92 and 94, which went into effect on November 15, 2019, require all new buildings and major roof alterations to be capped with a green roof, solar panels, or some combination of the two.

In their publication Urban Omnibus, The Architectural League of New York asked experts from the Green Roof Researchers Alliance to elaborate on the implications of NYC’s ambitious decarbonization legislation, the Climate Mobilization Act, which â€” since November 2019 â€” requires all new buildings and major roof alterations to feature either a green roof, solar panels, or a combined solution.

Similar articles on Archinect that may interest you…