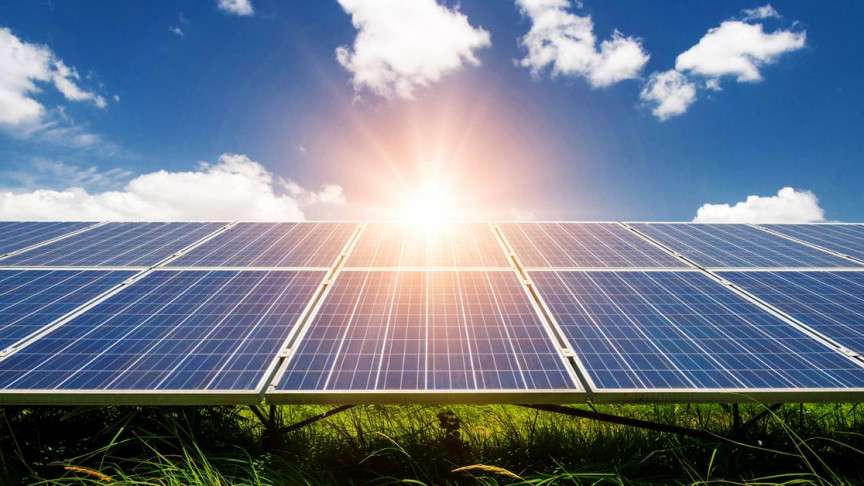 If it works for humans, why not for solar panels? Researchers have devised a clever plan to make solar panels sweat so that they can cool down and increase their output, according to Science Magazine.

How does it work? Studies have already shownÂ that cooling solar panels with water can boost their output. But such setups require abundant water which is just not available in arid regions and in developing countries.

That’s why researchers invented the atmospheric water collector. There are materials out there that can suck vapor from the air and condense it into liquid water.

Amongst these, there is a gel that absorbs water vapor at night and releases it in the day as heat rises.Â If further covered by plastic, the released vapor is then condensed back into liquid water, and collected into a container.

It is this collected water that researchers decided to use as a coolant for the solar panels. To achieve this, theyÂ pressed a sheet of the gel against the underside of a standard silicon solar panel, hoping that during the day, the gel would use the heat from the solar panel to evaporate water it had collected the previous night.

As such, vapor would be released through the bottom of the gel just as sweat is released in the human body. Better yet, they could adapt the amount of gel needed to the environment’s humidity, ensuring the system worked in even the dryest conditions.

The end result?Â The temperature of the solar panels dropped by as much as 10Â°C, andÂ the electricity output increased by an average of 15%Â and up to 19%. Not bad!Â