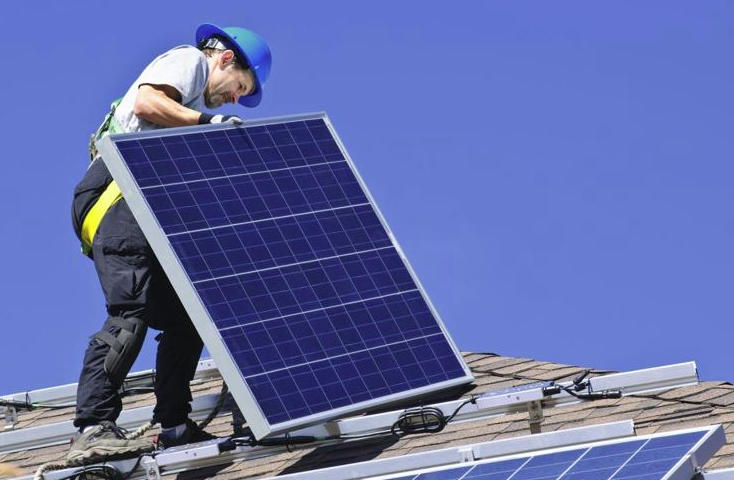 The national non-profit organization Solar United Neighbors has launched a local solar co-op, with aims of getting panels for homeowners and businesses in the City of Tucson.

According to Bret Fanshaw, Arizona program director for SUN, a solar co-op is a group of households in a geographic area who are planning to go solar around the same time. Through the group, members will be able to educate themselves about solar and can see the different types of panels they may be eligible for based on their roof space.

So far, SUN has hosted a series of webinars where local co-op members can view a presentation on the goals of the co-op and information about solar. The webinars included explanations on how solar panels work, how they attach to homes and how ownership can reduce TEP bills. The next SUN webinar will be hosted on July 21 on Zoom.

The co-op is currently seeking to hit its 100-member goal. The co-op then decides on a certain installation company and approaches it for a group price.

â€śWe send solar installation companies a request for proposal, where they can bid on the group by describing their pricing, warranties, equipment and many other details,â€ť Fanshaw said. â€śCo-op members review the bids and choose one company.â€ť

Fanshaw added that the co-op generally sees a discounted price since they are bringing a group of educated and interested buyers to a certain installation company.

SUN is a non-profit organization but does make some money based on the number of people in the co-op who choose to buy solar.

â€śThe winning installer pays Solar United Neighbors $600 per signed contract. We are a non-profit organization, and this fee helps to fund our solar outreach and education work,â€ť Fanshaw said via email.

In previous SUN co-ops across the states, 20-30 percent of the people who sign up for the co-op end up buying. This is the third co-op in Arizona by SUN, and the first to be in Tucson. The two previous co-ops here have been in the Phoenix area and have seen higher purchase rates, with the first one having 50 percent of the members buying solar.

â€śArizona is a pretty advanced solar market compared to other places,â€ť Fanshaw said. â€śThe mindset is a bit different, and thereâ€™s probably a lot of folks that have thought about going solar and have already done it. My hope is that the co-op model can break through to the next wave of folks that might have been thinking about it for a while and the group process can give them some additional confidence to move forward.â€ť

The Center for Biological Diversity headquartered in Tucson, has partnered with Solar United Neighbors for the project. According to Greer Ryan, energy policy analyst at CBD, the co-opâ€™s actions comply with their goal of generating clean electricity without additional land use.

Other than avoiding the use of animal habitats for solar panels, as well as any expansion of the fossil fuel industry, CBD sees other potential benefits from a broad use of solar energy.

â€śBecause solar energy, when thoughtfully planned, can provide additional biodiversity benefits,â€ť Ryan said. â€śYou can have, if itâ€™s ground-mounted, pollinator plants around the panels to provide shade for the plants. You can co-locate solar with agricultural lands to help both with pollinators and also just to create additional income for farmers.â€ť

Ryan said the CBDâ€™s role in the partnership is focused more on the legal and policy side, as opposed to the physical installation of solar panels.

Fanshaw mentioned a few different tax incentives in place; there is a federal tax credit if someone were to go solar this year. There is another tax credit that is worth 26 percent of the cost of installation. Arizona has a state tax credit as well worth up to $1,000.

â€śFor a while, we had some good policy incentives in place for people to go solar. When the renewable energy standard was passed, at the beginning of that, the utilities were providing some incentives to go solar. We used to have net metering in Arizona, which is the policy that allows all of the extra electricity your solar sends back to the utilities to be credited,â€ť Fanshaw said.

Despite these incentives, Ryan described barriers to their outreach efforts and solar adoption.

â€śItâ€™s not for lack of interest from the public right, I think people want to see more solar out there,â€ť Ryan said. â€śI think it really has to do with the entrenched power of traditional energy companies, so fossil fuel companies and big private corporations not wanting to see their business model threatenedâ€¦ SUN partners do get a small referral fee for directing participants to the co-op. We want to be transparent about that but also stress that thatâ€™s not our primary reason for supporting this effort.â€ť

CBD has provided an introduction to both of the webinars so far by SUN.

â€śAny kind of model where people get to benefit themselves and itâ€™s not just big companies benefiting and plus where the actual energy generation is happening in such a way that it minimizes the impacts to the environment and to wildlife is a pretty good model,â€ť Ryan said.