My Turn: Shutesbury not big enough for mega solar array – The Recorder 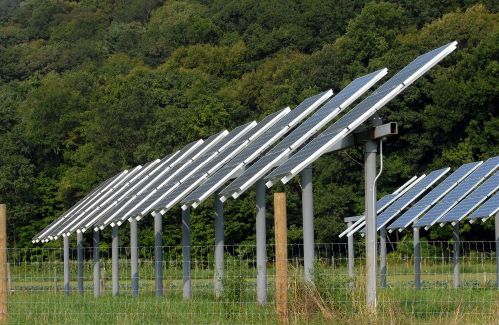 This is a letter for the town of Shutesbury about the potential ramifications of building the largest solar complex in Massachusetts in a very small town.

Solar developments are industrial complexes. Just as you wouldn’t call a coal mine a “coal farm” or an oil field an “oil farm,” Shutesbury is not going to be a solar farm as developers would charm us to believe. There is very little known about the effects of utility-scaled solar arrays on the environment, quality of life, and particularly the emotional and financial cost to nearby residents.

One study has shown that in towns with a single utility-scaled array, home prices decrease by an average of 1.7%. Nearby abutters face much larger losses (Gaur & Lang, 2020). Since there is no data for a town the size of ours and the large number and interconnectedness of arrays proposed, we don’t know what the magnitude of losses might be.

You probably came here and/or grew up and never left because you love our wonderful town. Would you have considered moving to Shutesbury had you known that large areas of the town consisted of a utility-based solar industrial complex?

As Gaur and Lang point out: “Many rural areas pride themselves on their rural character and residents seek out that type of bucolic setting. Hence, construction of solar installations could be seen as an industrialization of the landscape (my emphasis) and may cause larger negative impacts on property values.”

Shutesbury is one of those places — that’s why we are here.

The goal of zero carbon emissions by 2050 is a noble endeavor that we should all strive to achieve. Does it have to be at great personal loss to a community? There are alternatives that would not impinge on the well-being of a town and its residents. Some examples include parking lots, rooftops, median strips and on the roof of malls. The Mullins Center array is an excellent example of “smart” solar.

Developers will also claim correctly that it is more expensive to develop in areas that don’t impact residents so profoundly. Their concern is not the cost to you, but the amount it might cut into their profits.

The irony of developing solar complexes on forested land is that environmentalists supporting that kind of development are actually contributing to global warming, albeit on a small scale, as deforestation progresses. AMP Energy, the company proposing the project in Shutesbury, will say that deforestation is contributing little to increase carbon emissions relative to beneficial effects of solar development in Shutesbury. It does not have to be either/or.

One model that solves both the deforestation and cost issue is to make each town responsible for producing its own solar needs. In Shutesbury, with approximately 1,200 homes, that requirement would be rather easy to achieve. The goal of state and federal programs for developing solar is to encourage individuals and towns to do just that.

AMP boasts that their proposed sites to be built in Shutesbury will generate enough power to feed 8,000 homes. It is unnecessary and unfair for them to do so. We can cut out the “middle man” and hire solar companies to develop our projects, not theirs.

Because we don’t have the data, we don’t know the extent of the effects on your home and your lifestyle. We are an experiment. Will all of us essentially be nearby property owners because this is a gigantic complex of interconnected arrays in a small town?

With the town’s blessing for this project, will Cowls and other landowners be emboldened to increase the number and size of land leases to solar developers?

Has anyone seen their tax rate lowered significantly since the construction of a solar array on Pratt Corner Road (the Wheelock parcel)? Our town assessor has calculated the average savings in taxes if all the revenue went to tax relief. In reality, it is highly unlikely for that to happen given all the other demands on that money.

Here are some other potential consequences:

■Imagine how the use of herbicides, often used in the initial clearing of land. Enough to contaminate the groundwater?

I spent 27 years commuting to Boston for the privilege of living in Shutesbury. We want our children and grandchildren to be able to continue to call this home. I know that many of you have similar feelings.

Our small town is just not big enough to accommodate the largest solar array in the state without negative impact of unknown magnitude.

There is no way to know when you are the first experiment. In a worst-case scenario, this project could threaten the very existence of the town. Solar planning (with help from the UMass extension, for example) is critical before jumping ahead. Otherwise, we could become the “rust-belt” from the early days of poorly planned solar development. Fortunately, The UMass Clean Energy Extension service will be providing a document on municipal best solar practices in the near future. Let’s hold off until then.

Ken Holt is an associate professor emeritus at Boston University. He lives in Shutesbury.
Source: https://www.recorder.com/Shutesbury-not-big-enough-for-mega-solar-array-40800233