My Turn: Preventing the Texas energy system failure from happening here – The Recorder 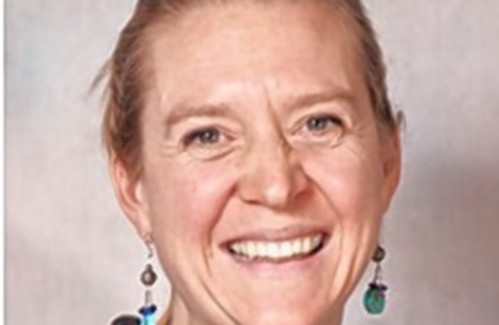 Millions of Americans, including many here in western Massachusetts are looking at the loss of power to millions of Texas homes last week and wondering: Can it happen here?

Unfortunately, versions of what happened in Texas are far too common in America. In California, last year millions lost power to prevent wildfires sparked by live power lines. In Oregon, ice storms have cut thousands off from electricity this week. Here in Massachusetts, floods, hurricanes and ice storms have disrupted power supplies in recent memory. While each of these situations has specific circumstances, there is a common lesson to be learned: Our energy system is more fragile than it should be and with climate change bringing more extreme weather, that’s only likely to get worse. There are three key vulnerabilities that must be fixed in our current system.

Second, extreme weather events are becoming more frequent. The infrastructure we built 30 or 50 years ago isn’t equipped to handle intense winter storms and the cold waves that can accompany them.

Third, our energy system’s dependence on fossil fuels is adding more climate change-causing pollution to our air, which will cause even more extreme weather in our future.

To solve these problems we must encourage Massachusetts’ elected officials, regulators and utility companies to build a better and more resilient system.

What might that look like? For starters, we would produce more of our power locally. Rooftop solar, energy storage technologies such as batteries, electric vehicles and community “microgrids” all have a role to play.

Rooftop solar panels can be a difference-maker in extreme weather because they produce energy very close to where we use it. Meanwhile, more batteries in our garages, basements or, for that matter, in our electric vehicles allow us to store energy for later.

We must also use the energy we create more wisely. Centralized fossil fuel power plants, like the gas plants that Massachusetts rely on, lose roughly 67 percent of the energy they produce through heat and even more gets wasted in transmission. We need to stop tolerating that kind of waste if we want more resilience.

Energy efficiency improvements can reduce stress on the grid at times of high demand, and better-insulated homes, schools and offices are more comfortable in any weather. State leaders could cut energy waste by requiring utilities to hit energy-saving targets by helping their customers use power more wisely. Many Massachusetts utilities already use approaches to do this including behavioral programs like putting smiley faces on the bills of the most efficient customers, and MassSave programs offer some rebate programs for efficient appliances, giving customers access to free energy audits, weatherization services and low-cost financing.

Finally, paradoxically, while we produce and store more of our energy locally, we should reinforce our ability to share electricity. Texas’ stand-alone grid left it unable to receive sufficient help from other parts of the country as its own power plants were going offline. Even the most self-sufficient areas will need help sometimes. In wildfire-ravaged California and hurricane-hit Puerto Rico, utility planners creating networks of microgrids, heavily powered by solar with battery backup, which can function independently and as a network. Under this type of set-up, those who have surplus power can come to the aid of areas where there is high demand. That’s what good neighbors do.

While undertaking these efforts, Massachusetts officials also need to avoid spending taxpayer money on the kind of energy infrastructure that put us in this position in the first place. We shouldn’t continue to sink money into centralized, fossil fuel power plants and forms of transmission that cause fragility in our system and will become outdated as we adopt these modern solutions.

Bottom line, improving the resilience of our energy system will require moving away from fossil fuels. Renewable energy is necessary to reduce the disruptive impact of climate change, and studies have shown that it is possible to build an energy system that runs on clean energy and keeps the lights on. And, unlike fuels like gas and coal that are inherently finite, renewable energy sources will always be there.

Gov. Baker, our state lawmakers and regulators should pay close attention to what went wrong in Texas, and make sure we’re not replicating the same failed approaches. A cleaner, safer, more resilient energy system is possible. With smart planning and decisions, we can make it a reality.

Johanna Neumann, of Amherst, has spent the past two decades working to protect our air, water and open spaces, defend consumers in the marketplace and advance a more sustainable economy and democratic society. She can be reached at columnists@gazettenet.com.