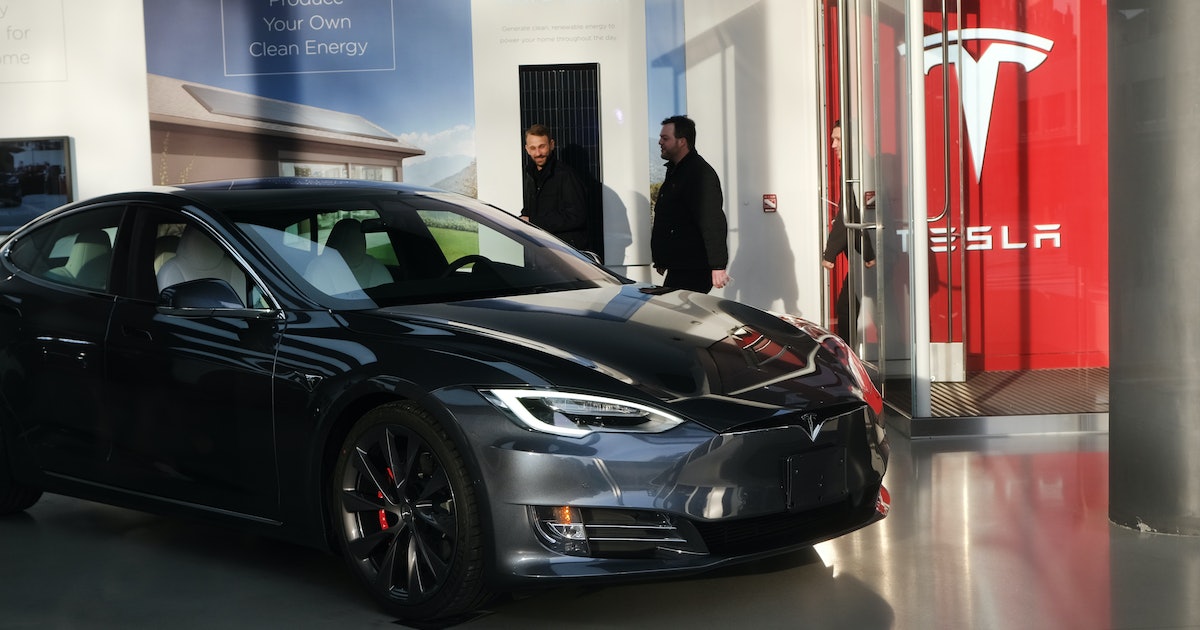 A version of this article appeared in the ŌĆ£Musk ReadsŌĆØ newsletter. Sign up for free here.

Musk quote of the week

ŌĆ£Tesla April company talk will be from our Giga New York factory, where we make SolarGlass & several other products. Will also offer customer & media tours.ŌĆØ

Tesla is facing a big problem in electric cars by not making enough batteries to satisfy demand. While the company was producing around 35 gigawatt-hours of storage per year by July 2019, Musk has spoken about reaching terawatt-hour levels. Analysts estimate the whole world will produce less than that by the middle of the 2020s. But Tesla has already put the brakes on mass Semi truck production due to a lack of cells, and the Solar Roof previously saw delays due to the Model 3 ramp-up. Tesla needs more batteries, and its April event may provide more information about where it will find them. Read more.

A Gigafactory on every continent? It could solve another of the companyŌĆÖs biggest problems. Musk has already switched on Giga Nevada, Giga New York, and Giga Shanghai. HeŌĆÖs also announced a Giga Berlin and suggested a Giga Texas. Placing factories close to the consumer helps reduce shipping times and complexity, Musk explained. Read more.

Giga Shanghai, built to produce entry-level Model 3 and Model Y cars for the Chinese market, resumed production on Monday. The factory had been closed since January 29 due to the coronavirus outbreak.

WhatŌĆÖs next for Tesla: Tesla is expected to start shipping the Model Y in March.

The tunnel-digging firm is about to meet the halfway mark on its first project in Las Vegas, but public opinion is divided. Richard N. Velotta, assistant business editor for the Las Vegas Review Journal, told Inverse this week that ŌĆ£those who are opposed are extremely opposedŌĆØ and vice versa, with ŌĆ£no middle-of-the-road.ŌĆØ The $52.5 million two-mile tunnel is expected to ferry people across the Las Vegas Convention Center in time for next JanuaryŌĆÖs annual Consumer Electronics Show. The system will offer passenger cars built on a Tesla chassis, holding up to 16 people. Big questions remain, however, around logistics like how passengers will board the vehicles. Read more.

Has Tesla made any effort/headway selling its charging technology, or battery technology, to other manufacturers, in an effort to get the industry to standardize on, or at least more broadly adopt, TeslaŌĆÖs designs, to increase utilization of the charging network, and/or increase sale opportunities for Tesla components? They could do this through licensing the technology for others to manufacture. Or they could OEM the parts to those manufacturers. Get a ŌĆśTESLA INSIDEŌĆÖ campaign going.

YouŌĆÖre not the first person to call for this. Jason Perlow over at ZDNet made the same argument in March 2019. Tesla opened its patents for all to use in June 2014 in a bid to encourage others to use its tech, and Musk has claimed that other automakers are welcome to pay for access to the supercharger network. But nobody has accepted the supercharger offer as it stands, and Tesla has shown little sign that itŌĆÖs interested in diverging from its current strategy to license the other parts of its tech.

I am wondering why Tesla chose to only have the options of rear wheel drive or all wheel drive. Most vehicles have either FWD or AWD. I believe Tesla would be more price competitive if it offered FWD for the more price sensitive customers. FWD is more efficient and better in northern/snowier areas. If Tesla can produce a Model Y at a competitive cost in a FWD version than the Ford Mach E then Tesla can be competitive and have the advantage of the supercharger network.

While front-wheel drive makes sense in a traditional car with an engine at the front, in an electric car, the weight is more evenly distributed. This means, if anything, rear-wheel drive could prove a better use of resources as the weight shifts back. In fact, Volkswagen executive Matthew Renna suggested in December 2018 that the electric car could spell the end of front-wheel drive.

Got any comments or queries? DonŌĆÖt forget to send them over to muskreads@inverse.com.

Video of the week

Got a photo or video youŌĆÖd like to see featured? Send it over to muskreads@inverse.com!

This has been Musk Reads: Tesla Edition #142, the weekly rundown of essential reading about futurist and entrepreneur Elon Musk. IŌĆÖm Mike Brown, an innovation journalist for Inverse.

A version of this article appeared in the ŌĆ£Musk ReadsŌĆØ newsletter. Sign up for free here.