Also in the brief: DOE kicks off $230 million advanced reactor demonstration program, and the global coal industry will never recover from the Covid-19 pandemic.

The U.S. Air Force launched its secret X-37B space plane on Sunday for a long-duration mission in low Earth orbit. Ahead of its sixth launch, the Air Force gave some rare details about its cargo: a solar panel developed by the Naval Research Lab will be used to conduct the first orbital experiment with space-based solar power. The premise is to convert the sunâ€™s energy into microwaves and beam it down, an idea from science fiction writer Isaac Asimov in the 1940s.

Tesla CEO Elon Musk has been teasing investors and rivals with promises to reveal significant advances in battery technology at a â€śBattery Dayâ€ť this month â€” now postponed. The new â€śmillion mileâ€ť battery at the center of Teslaâ€™s strategy was developed with Chinaâ€™s Contemporary Amperex Technology Ltd (CATL) and a team of battery experts recruited by Musk. Teslaâ€™s new batteries rely on low-cobalt and cobalt-free battery chemistries, and the use of additives, materials and coatings that will reduce internal stress and enable longer duration. The cost of CATLâ€™s cobalt-free lithium iron phosphate battery packs has fallen below $80/kWh. CATLâ€™s low-cobalt NMC battery packs are close to $100/kWh. Source: Reuters 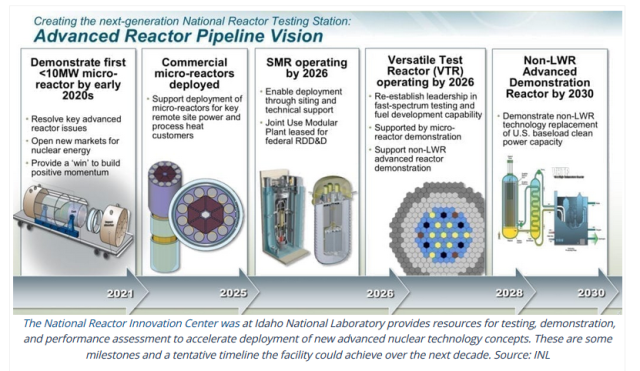 Assistant secretary for the office of nuclear energy Rita Baranwal said the DOE has been â€śmoving very quicklyâ€ť to execute the new program. Source: DOE

The global coal industry will never recover from the Covid-19 pandemic, industry observers predict, because the crisis has proved renewable energy is cheaper for consumers and a safer bet for investors. The U.S. looks to generate more electricityÂ  from renewables this year than from coal for the first time on record. A long-term shift away from dirty fossil fuels has accelerated during the lockdown, bringing forward power plant closures in several countries and providing new evidence that humanityâ€™s coal use may finally have peaked after more than 200 years. Even before the pandemic, the industry was under pressure due to heightened climate activism, divestment campaigns and cheap alternatives. Source: New York Times, The Guardian