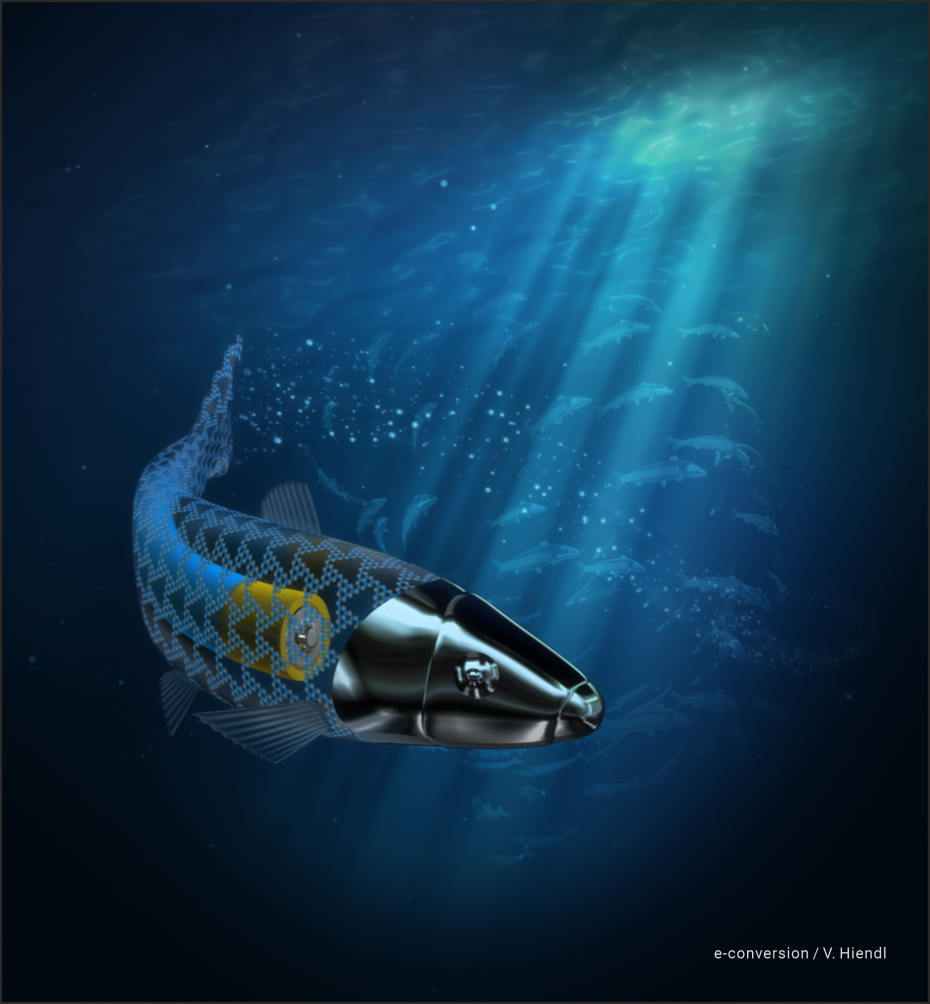 A microscopic swimming robot that draws its energy from a solar cell with an integrated battery. This is a project that a team of researchers from the Max Planck Institute for intelligent systems (Germany) is working on. According to the researchers, 30 seconds of being irradiated with light can give the â€˜microswimmerâ€™ half an hour of extra energy.

It is not the first time that mini-robots have been equipped with a photovoltaic cell, according to Max-Planck, but what is new is the fact that the energy can be stored in a battery so that the robot can also swim in total darkness.

Potential areas of application for the microscopic swimming robot are in the delivery of medication to the right place in the human body, or in environmental technology. E.g. for water purification.

The research project has been named Carbon Nitride-based Light-driven Microswimmers with Intrinsic Photocharging Ability at the Max-Planck Institute. The project was featured in the Proceedings of the National Academy of Sciences (PNAS) at the end of last month.

The microswimmer is about 3 micrometers (0.003 millimeters) in length and is not visible to the naked eye. It is made up of a chemical compound consisting of carbon and nitrogen (K-PHI) that is capable of absorbing and converting light. When exposed to light, electrons are produced and small holes are formed in which the electrons can be stored for whenever the swimming robot needs them at a later stage.

The researchers have developed three different types of microswimmers. One with gold components, one with platinum, and one with silicon dioxide. These were tested in purified water, in water containing alcohol, and in hydrogen peroxide (H2O2). They were also tested with visible light and UV light.

The platinum microswimmer proved to work best in purified water and alcohol-water. As well as in UV light and visible light. The golden microswimmer performed best in the hydrogen peroxide liquid.

Swarms of robots sweep the human body to fight cancer