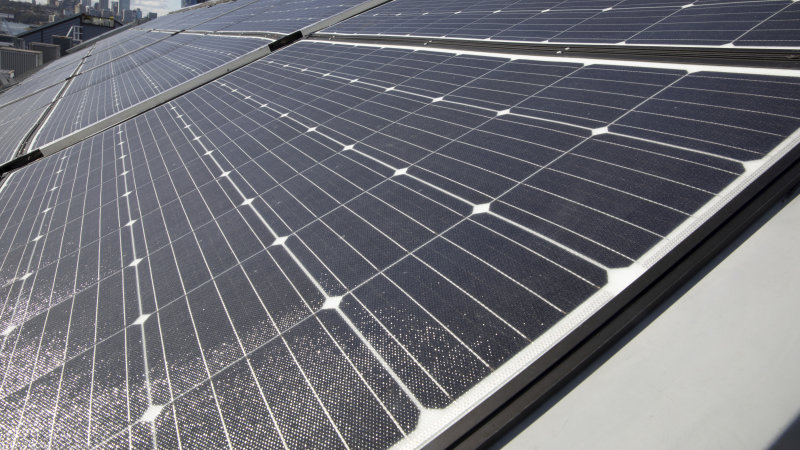 Gas is not a solution to the pandemic-induced economic crisis, and itŌĆÖs certainly not a solution to climate change (ŌĆśŌĆśGas not coal to shore up solar, windŌĆÖŌĆÖ May 21).
Gas is more expensive than renewables and pollutes almost as much as other fossil fuels. Building infrastructure to enable decades more of burning gas will make climate change worse, entrench outdated technologies, and leave us with taxpayer-funded stranded assets. With the right policies, renewables could supply 75 per cent of AustraliaŌĆÖs electricity needs within just five years, and create thousands of future-proofed jobs in the process.

Offices are catalysts for employment growth

Re ŌĆśŌĆśObituaries for the office are prematureŌĆÖŌĆÖ, (May 21). For most of my 40 years in commercial property, there have been predictions that office use would decline with better technology. These arguments have always missed two vital factors.
Firstly, most employment growth over decades has been among office workers ŌĆō be it government, quasi-government or private-service industries. Agriculture and heavy manufacturing have lost workers.
Secondly, for the average business, office space costs are about 6-8 per cent of turnover. Even a significant saving on rent does little for the bottom line.
Now we are seeing a rethink on the ŌĆ£sardineŌĆØ approach to office-space use that has grown over the past 10 years with workstations and hot-desking. Space per worker will increase, requiring more overall space.
The anecdotal evidence from the latest experiment in working from home is most people are busting to get back to the office.

Excessive privatisation has come back to bite

It appears fashionable to have big business pushing for accommodating Chinese investment in Australia. Many would conclude that it might be out of self-interest rather than in the long-term national interest.
For the past 50 years, we have witnessed the deconstruction of Australian society and industry under the mantle of deregulation, privatisation, lopsided trade agreements and national competition policy.
Other countries moved to protect their industrial assets and the Chinese government would never consider selling off its real estate, industrial assets and ports. To do so would be to surrender political influence to foreign entities and betray its own people.
Investment is different to control and ownership, and it is interesting to note that our political and business elites are now talking of trying to resurrect our industries when they were instrumental in dismantling them.

Using US for stockpiling can be a slippery slope

News that the US government detained medical supplies bound for Australia (ŌĆ£US detained critical Australian suppliesŌĆØ, May 21) does not augur well for AustraliaŌĆÖs stockpile of crude oil held in the US in lieu of local stock. AustraliaŌĆÖs agreement obligation to hold emergency stock equivalent to 90days of net imports is matched only by 28 days of stock here. Access to this US stock in an emergency is doubtful even if shipping were available.
The explanation from Energy and Emissions Reductions Minister Angus Taylor that this would be cheaper than creating a ŌĆ£physicalŌĆÖŌĆÖ reserve here is notacceptable.
Australia needs to realise the real world is a new world.

Queensland opposition nowhere to be found

Where is Deb Freckleton? I thought we might have heard from the so-called leader of the Queensland opposition.
Is she aware that the Queensland Premier is systematically destroying the state by keeping the borders closed?
Is she still alive? If so, I imagine she is either on holiday in Hawaii or, like Joe Biden, hiding in her basement.

The ABC Radio National production Hot Mess explains why the Morrison government is so intransigent
when it comes to climate change. Morrison has been following the advice of his in-house experts. Two of his senior staff were executives with the Minerals Council of Australia and his chief private secretary was an adviser to the aggressive miner Glencore. With such entrenched fossil fuel warriors, there can be no expectation of the coal-wielding Prime Minister ever supporting renewable energy.