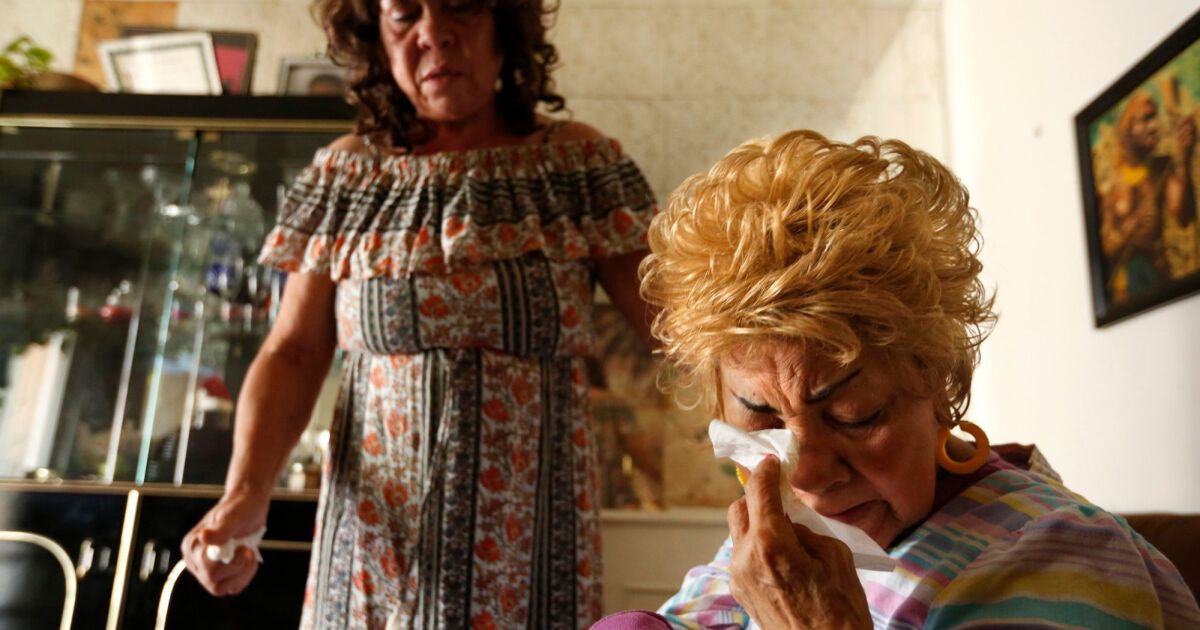 Los Angeles County has ended its controversial PACE home improvement loan program, a decision that follows years of criticism that the county enabled predatory lending and put people at risk of losing their homes.

County officials ŌĆö who launched the PACE program in 2015 to fund energy- and water-efficient home improvements ŌĆö said they made the decision after determining the program lacked adequate consumer protections.

Homeowners repeatedly alleged the private home improvement contractors who signed them up for PACE misrepresented how the financing would work, saddling them with loans they could not understand or afford.

The county also faced lawsuits that alleged government authorities failed to properly oversee the private lenders it partnered with to issue loans that if unpaid could lead to foreclosure.

In response to widespread concern, both the county and state instituted reforms in recent years, including requiring that an ability to repay analysis be conducted and phones calls be made with homeowners to ensure they understood the financing.

Complaints over fraud, however, continued, including instances in which homeowners alleged contractors forged their signatures.

In explaining the countyŌĆÖs decision to end the program, L.A. County Treasurer and Tax Collector Keith Knox said in an email that despite recent reforms ŌĆ£the county could not be certain there were sufficient protections for consumers.ŌĆØ

Knox said the county let its contracts with lenders Renovate America and Renew Financial expire in April. This month, it ended its contract with its third lender partner, PACE Funding Group.

Bob Giles, chief executive of PACE Funding Group, said in an email that the company had worked with the county to create consumer protections Giles called ŌĆ£among the strongest in the country.ŌĆØ

Olivia White, vice president of government affairs at Renew Financial, said in an email that the company stopped originating new financing through the countyŌĆÖs program in 2018 ŌĆ£for operational reasonsŌĆØ and that Renew Financial, which still works with other government authorities, ŌĆ£has added extensive consumer protections in recent years.ŌĆØ

Renovate America did not immediately responded to a request for comment.

ŌĆ£In ending its program, the County of Los Angeles confirmed what advocates and victims have been saying for years: that the county ŌĆścannot be certainŌĆÖ that the PACE program can ŌĆśprovide sufficient protection for all consumers,ŌĆÖ ŌĆØ a coalition of advocates, including Bet Tzedek and the Alliance of Californians for Community Empowerment, said in a statement.

The decision doesnŌĆÖt mean PACE totally ceases to exist within L.A. County. Homeowners with existing loans taken out through the countyŌĆÖs program must still pay back what they owe.

Knox said that the county ŌĆ£remains committed to servicing existing PACE program participantsŌĆØ and that the Department of Consumer and Business Affairs will continue to assist PACE borrowers who have problems.

The decision also doesnŌĆÖt mean itŌĆÖs impossible for homeowners in the county to take out a new PACE loan. Some cities, including Los Angeles, not only took part in the countyŌĆÖs program, but also partnered with statewide PACE programs to offer additional financing within their cities.

Consumer groups said they hoped the countyŌĆÖs decision would inspire other governments to reevaluate their programs. And they urged the county to do more to help people with existing loans that were unaffordable even before the COVID-19 pandemic tanked the economy.

ŌĆ£While we welcome this decision, it does nothing to help the low-income homeowners stuck with these oppressive loans, many of whom are barreling toward foreclosure and could easily end up homeless,ŌĆØ said Stephanie Carroll, a senior staff attorney at Public Counsel, which along with Bet Tzedek sued the county over its program.

Though PACE will be available to some extent in the county, the decision of CaliforniaŌĆÖs most-populous county to end its program marks a significant setback for the so-called PACE industry.

The industry offers a unique type of financing that is repaid as a line item on a homeownerŌĆÖs property tax bill and thus requires a partnership with public authorities. The amount of new loans issued statewide has fallen sharply since 2018, when new consumer protections, including an ability-to-repay analysis, became law.

Knox said declining usage of the countyŌĆÖs program also played a role in the decision to end it because less revenue would be available to cover the countyŌĆÖs administrative costs, raising the prospect the county would need to raise fees it charges homeowners with PACE.

Giles of PACE Funding Group said he believed declining usage was a ŌĆ£key factorŌĆØ in why his company is no longer working with the county because ŌĆ£with fewer and fewer projects, it becomes increasingly difficult for any local government to justify the administrative costs of running its own program.ŌĆØ

As of July, more than 20,000 parcels had an outstanding PACE assessment through the county program, according to a report from the countyŌĆÖs Internal Services Department.

Governments retain oversight of PACE programs but most have partnered with private lenders, such as the three Los Angeles County used, to operate them. To fund the loans, public agencies typically issue bonds, which are purchased by PACE lenders, who turn around and sell them on Wall Street.

The private lenders rely on home improvement contractors to pitch their products and sign people up. Some homeowners allege contractors have hoodwinked them into taking out loans they didnŌĆÖt understand.

Some major PACE lenders note they have supported increased regulations and say theyŌĆÖve worked to sever ties with contractors found to misrepresent the financing. They also say foreclosures are rare and most people come away happy.

According to the recent Internal Services Department report, more than 35,000 projects have been completed through the countyŌĆÖs program, which over the lifetime of the home improvements would be equal to taking nearly 630,000 cars off the road.

Knox said investors in PACE loans havenŌĆÖt foreclosed on anyone who signed up through the countyŌĆÖs program and that a county reserve fund would have to be exhausted before the investors could do so.

Consumer advocates, who criticize lenders for relying on contractors in the first place, say they are seeing foreclosures that wouldnŌĆÖt show up in county reports.

In those instances, homeowners with an underlying mortgage who are struggling with their PACE assessments have had their mortgage servicer foreclose on them after the servicer stepped in to pay their property taxes.

The county has taken some steps recently to ease financial hardships for PACE borrowers as the economy turned south.

Last week, the county Board of Supervisors approved a motion authored by Supervisor Hilda Solis that requires the treasurer and tax collector to report back within 45 days on the possibility of allowing PACE borrowers to defer payments to the end of their contract term.