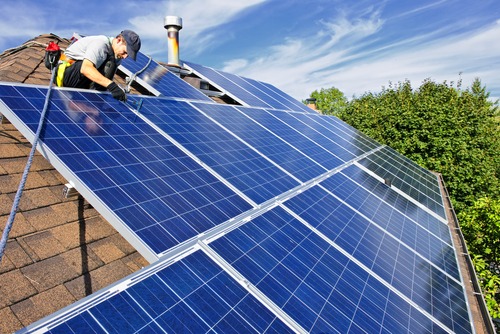 The Kentucky Public Service Commission (PSC) on May 14 issued an order establishing rates for Kentucky Power Co. net metering customers that are lower than what the utility company had proposed.

“The rates approved by the PSC do not align with the proposed methodology by Kentucky Power, as it was Kentucky Power’s intent to provide a fair and balanced approach for all customers, not just the net metering customers,” Cynthia Wiseman, vice president of external affairs and customer services at Kentucky Power, explained in an email sent on Monday to Daily Energy Insider.

Wiseman added, “Our regulatory department is still reviewing the order to gain a better understanding of the path forward.”

The Kentucky PSC order regards a rate case filed in June 2020 by Kentucky Power, an electric utility subsidiary of the investor-owned American Electric Power Co. Inc. (AEP), under Senate Bill (SB) 100 that sought to lower the rates utilities pay their residential solar customers for the excess power they put on the electric grid — a billing system known as net metering.

SB 100, which the Kentucky General Assembly passed and the governor signed into law in 2019, changed the state’s rules for net metering, which is the difference between the dollar value of energy used by a customer with solar panels versus how much excess energy they generate and sell back to the utility to get fed back to the grid.

Kentucky Power argued that solar net metering should be credited at a rate consistent with the avoided cost rate, which is the amount utilities pay to purchase electricity at the wholesale rate. Net-metering reform, according to Wiseman, “is necessary to help protect the rest of Kentucky Power’s customers from subsidizing net-metering customers.”

Solar advocates and others, meanwhile, contended that the credit should be at least the retail rate because distributed generation benefits the utilities and the grid.

The Kentucky PSC said that while its order establishes a compensation rate based on the avoided cost methodology, the commission expands the components that are factored into the avoided cost rate “to ensure a just and reasonable estimate of avoided generation, distribution and transmission capacity, energy, and ancillary service costs, as well as avoided environmental costs.”

Specifically, residential net metering customers who take service under Kentucky Power’s recent Tariff NMS II now will be compensated for exported electricity at $0.09746 per kilowatt-hour (kWh), compared with Kentucky Power’s proposed rate of $0.03553 per kWh, according to the order.

The commission also acknowledged that while solar photovoltaic (PV) systems and other eligible generating facilities could at some future point create system challenges, the commission currently “sees an opportunity to begin processes that will comprehensively integrate solar PV and other resources into the power system and provide significant benefits to ratepayers; participating and non-participating alike,” according to the order.

Additionally, the Kentucky PSC clarified that the legacy period for current net metering customers with solar power facilities already in service is 25 years from the effective date of the order (May 14), not the date from which the net metering service began, the order states.