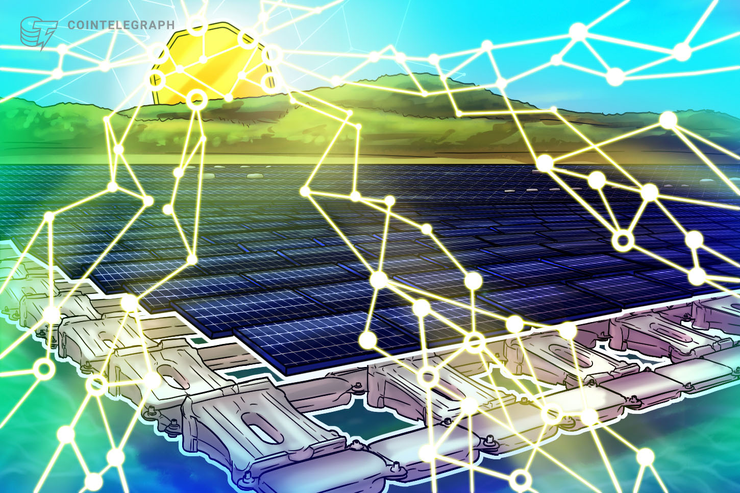 Society is now witnessing the implementation of digital currencies, artificial intelligence (AI) and blockchain technology worldwide. These new digital technologies necessitate very high consumption of electric energy, which is currently produced with coal and fossil fuels that have adverse environmental effects. A global shift toward green energy will require the removal of the technological/infrastructural, financial and regulatory/tax-policy barriers. In this series, we evaluate the tax, digital technology and solar policies (including a space solar power satellite) of the top carbon dioxide-emitting countries.

In 2009, Japan â€” the Land of the Rising Sun â€” undertookÂ  important initiatives that set the tone for how it intended to solarize the worldâ€™s third-largest digital economy. Japan passed its Basic Space Law, which established a space power satellite (SPS) â€” the concept of collecting solar power in outer space and distributing it to Earth via satellites â€” as a national priority.

The Ministry of Economy, Trade and Industry (METI) of Japan sets the strategic energy plan for the worldâ€™s fourth-largest energy consumer and the sixth-largest emitter of CO2 â€” 90% of which is tied to hydrocarbon energy. METI believes that the impact of blockchain â€” which consumes large amounts of electricity â€” is huge and that its importance is similar to the emergence of the internet.

According to a World Economic Forum survey, global GDP stored on blockchain technology is expected to reach 10% by 2027. Therefore, in June 2018, Japan introduced a sandbox regime to accelerate the introduction of new business models and innovative technologies such as blockchain, AI and the Internet of Things.

Solar photovoltaic technology and its applications in solar energy in JapanÂ

Japanâ€™s Ministry of Technology and Industry (MITI) views solar photovoltaic power as an essential part of its digital economic transformation. Japanese science fiction author Haruki Murakami concurs â€śJapan, as an economic power, should find another source of power besides atomic energy. It may cause a temporary economic dip, but we will be respected as a country that does not use nuclear power.â€ť

Solar photovoltaic (PV) technology â€” which converts light into electrical current â€” was born in the United States at Bell Labs when engineer Daryl Chapin, chemist Calvin Fuller and physicist Gerald Pearson worked together to develop the first silicon solar photovoltaic cell in 1954. The New York Times wrote that the silicon solar cell â€śmay mark the beginning of a new era, leading eventually to the realization of one of mankindâ€™s most cherished dreams â€” the harnessing of the almost limitless energy of the sun for the uses of civilization.â€ťÂ

First launched in 1974 by MITI, with METI joining in 2001, the Sunshine Project was a long-term comprehensive plan for the research and development of new solar energy technologies to resolve Japanâ€™s energy and climate change problems. The program was heavily funded by the government because PV technology emits no CO2 while also being highly reliable and modular, and with lower construction and operational costs.

Starting in the 1980s, Japanese manufacturers began incorporating solar PV cells into electronic applications in various areas. In the late 1990s, Japanese government programs began promoting solar houses. In 2009, Tsutomu Miyasaka and his colleagues in Japan reported on perovskite compounds being light absorbers for solar energy applications, which outperform the efficiency of more established PV technologies and can be printed or woven into fabric. As a result, Japan emerged as the worldâ€™s third-largest solar energy power producer, with 45% of PV cells in the world being manufactured in Japan.

With the rise of Bitcoin and in the aftermath of the Fukushima nuclear plant disaster in 2011, the government encouraged the proliferation of decentralized solar energy by encouraging the production of more energy-efficient buildings, cars that combine solar panels with some form of energy storage as well as other devices. This compelled the solar energy sector to begin using blockchain technology. Professor Umit Cali of the University of North Carolina provided an exclusive comment, saying:

Reports published by Fitch Solutions Macro Research and Globadata conclude that over the next decade, decentralized solar technology may replace PV solar farms as the main growth-driver in Japan. Already, a blockchain-enabled solar energy-trading pilot project is set to link 100 solar rooftops of smart, zero-energy homes in the country, while another pilot project will administer an energy-trading marketplace using blockchain to connect a number of Japanese power production facilities with homes, offices, factories, batteries and electric vehicles.Â

Japan is a predominantly mountainous land with varied weather conditions, and the area that a PV solar farm occupies is an important consideration, as it determines the yield. Accordingly, Japan has been creative in developing new PV solar energy generation stations at home and abroad â€” in seas, lakes, deserts and space.

In cooperation with the National University of Mongolia, Japan is also participating in the project â€śEnergy from the Desert,”Â with the Japan International Cooperation Agency (JICA) providing financial support covering up to half of the initial investment costs. Marubeni Corp. built the worldâ€™s largest PV farm, the Noor Abu Dhabi photovoltaic power project, in the Sweihan Desert of the United Arab Emirates, which recently began producing solar energy at $0.024 per kilowatt hour.

The Japanese Space Agency (JAXA) began its SPS program in 2009, with the goal to set up a one gigawatt solar farm in space that can transmit energy back to Earth by 2030. In 2015, Japan came closer to harvesting solar energy from space when it transmitted condensed solar power converted to microwaves to a receiving antenna, which converted only 5%-10% of the power required to power three PCs.Â

For space solar power generation to become commercially viable, 50% of the solar power generated in space needs to be transmitted to Earth. JAXA is also designing kite-like orbiters that will travel in low-earth orbit above the equator, with a transmitting antenna on the Earthward face and solar collectors on spaceward face in order to transmit solar energy to Earth. In 2010, JAXA has already successfully launched Ikaros, a solar space kite, that sailed through deep space and was propelled by solar energy. Small satellites are ideal candidates for this type of solar propulsion.

Japan has lower levels of subsidies for fossil fuel consumption when compared to other G-7 countries, but higher subsidies for oil and gas exploration and coal production. Because efforts to compensate for the drop in nuclear power generation after the Fukushima nuclear crisis â€” which was triggered by the 9.1 Tohoku tsunami in Japan and which forced the shutdown of Japanâ€™s entire fleet of nuclear 48 reactors, effectively terminating the plan to supply half the countryâ€™s electricity with nuclear power â€” resulted in far more support for fossil fuels and increased CO2 emissions compared to renewable energy.Â

Japan provides billions in taxpayer dollars for building highly polluting coal plants in Japan as well as overseas. Japanâ€™s largest banks â€” MUFG and SMBC Group â€” along with other banks, have reportedly continued to finance fossil fuels with $1.9 trillion since the adoption of the Paris climate agreement. Therefore, Japan is the second-worst performer when it comes to reforming fossil fuel subsidies, according to a report by the Natural Resources Defense Council.Â

In October 2012, Japan implemented a carbon tax of 289 Japanese yen (about $3) per ton of CO2 equivalent. The government plans to use the revenues of $2 billion generated from this carbon tax to finance clean energy and energy-saving projects. Hydrocarbon air pollution is a drag for renewable energy. Dust and other sky-darkening air pollutants slash solar energy production by an estimated 11.5% to 13%. The haze blocks sunlight from reaching the solar panels, and if the particles land on a panelâ€™s flat surface, they cut down on the area exposed to the sun.

Japan also introduced a feed-in tariff (FIT) system in 2012 to lower solar power generation costs, which are double that of EuropeÂ  thereby shifting the price of solar energy on the public to the tune of 2.4 trillion yen (roughly $22 billion) in the 2019 fiscal year alone, with a cumulative total of about 10 trillion yen (nearly $100 billion) since its introduction in July 2012. The governmentâ€™s steady lowering of the FIT purchase price, which stands at 14 yen ($0.13) per kilowatt hour in 2019, has brought a drastic drop in profits for solar energy companies, triggering a wave of bankruptcies, which have reportedly risen year-on-year for five consecutive years since 2013.

Globally, subsidies and financing for fossil fuels continue to remain stubbornly high. According to reports, 2018 actually saw an increase in money going into new upstream oil and gas projects, while investment in renewable power of all kinds dipped 2%. The World Bank still funds the fossil fuel industry at least three times greater than renewable energy.Â

This is despite G-20 finance ministersâ€™ commitment to working together in redirecting public investments to renewable energies through fiscal policy and the use of public finance. Despite the International Renewable Energy Agency reporting that the cost of solar electricity has tumbled 80% in recent years and with three-quarters of coal production now more expensive than solar energy, the fossil fuel industry still receives benefits from governments.

In the latest G-20 meeting in Osaka, Japan reiterated its dedication to the Paris climate agreement and to phasing out fossil fuel financing and subsidies in order to tackle climate change. Enhancing zero-carbon energy is an urgent task for the Japanese government, which is aiming to derive 44% of power from renewable (7% from solar energy) and nuclear power by 2030 to fuel its burgeoning digital economy. Fossil fuel subsidies significantly reduce the use of renewables, according to an OECD report.Â

On Aug. 12, Australian energy technology company Power Ledger and Japanese Kansai Electric Power Co. announced they completed a joint trial of a blockchain-based peer-to-peer trading system for post-feed-in tariff surplus solar power in Osaka. Their announcement came on the heels of a report that highlights multiple ways blockchain technology could disrupt the peer-to-peer solar energy trading sector. According to the report:

â€śBlockchain technology could alter the manner in which electricity customers and producers interact. Traditionally electric utilities are vertically integrated. Blockchain could disrupt this convention by unbundling energy services along a distributed energy system. For instance, a customer could directly purchase excess electricity produced from their neighborâ€™s solar panels instead of purchasing electricity from the utility.â€ťÂ

Japan intends to replace FIT’s fixed price system with a competitive bidding/blockchain-based peer-to-peer trading system for post-feed-in tariff surplus solar power system as soon as 2020.Â  This would thereby reduce inequality and provide cheaper, cleaner energy that reduces CO2 emissions and would help promote digital development in Japan as well as across the world.

The views, thoughts and opinions expressed here are the authorâ€™s alone and do not necessarily reflect or represent the views and opinions of Cointelegraph.

Selva Ozelli, Esq., CPA is an international tax attorney and CPA who frequently writes about tax, legal and accounting issues for Tax Notes, Bloomberg BNA, other publications and the OECD.