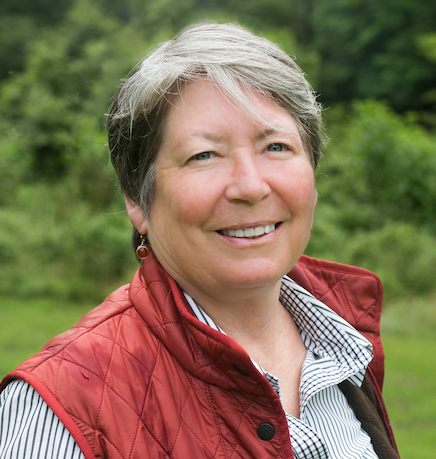 The clock is counting down toward the city of Asheville‚Äôs self-imposed deadline, adopted in 2018, to have all city operations ‚Äî including municipal buildings ‚Äî powered by renewable energy by the end of 2030. And the city‚Äôs recent declaration of a climate emergency adds further urgency to the situation. Can we agree that Asheville needs a new City Building before then?

I‚Äôm the first to admit that my heart skips a beat every time I catch sight of Douglas Ellington‚Äôs bold creation (aka City Hall). It‚Äôs beautiful, unique ‚Äî and it represents the city‚Äôs Roaring ‚Äô20s economy (1920s, that is).

But while the iconic building is an instantly recognizable symbol of Asheville, a look at the facts reveals it as a dinosaur when it comes to technology and use of space. Its heating system, modernized last year at a cost of nearly $800,000, runs on natural gas, which doesn‚Äôt count as renewable. ‚ÄúWe have not assessed the cost of conversion to electric,‚Äù says Walter Ear, the city‚Äôs capital projects building construction program manager.

When the historic structure was dedicated in 1928, its terra cotta tiles were touted as providing ‚Äúa watertight, practical and enduring roof.‚Äù But time took its toll: In 2015, the city spent $3.8 million to replace portions of the vintage roofing and drainage systems that were ‚Äúbeyond repair,‚Äù according to a certificate of appropriateness for rehabilitation; the lengthy process included tuck-pointing all masonry joints.

Is it any wonder that form failed to follow function? Ellington designed the building in 24 hours or less, according to a nomination form for its inclusion in the National Register of Historic Places in 1976, and only minor changes were made before construction began. The floor plan, the nomination states, was ‚Äútypical of many office buildings of the 1920s. Rectangular offices occur at the perimeter of each floor. Most of the remaining central space is filled by a large service core which contains public elevators and an enclosed maintenance stairway.‚Äù

The original three elevators, which have open gratings and require city-paid operators, are scheduled to be replaced over the next two years, according to Ear. The cost is unknown, since the design work isn‚Äôt due to be finalized till this fall. And the building‚Äôs magnificent front doors have been rejiggered with a glassed-in antechamber whose wind tunnel aerodynamics merit a warning sign.

According to Ear, the building contains over 95,500 square feet of space. But only about 60,000 square feet of that is actual office or meeting space (plus the room allocated for security screening). What was described as a ‚Äúmonumental‚Äù Council chamber in 1928 is inadequate now; large public hearings are often held elsewhere or spill over into other rooms.

Meanwhile, is it even worth talking about retrofitting this fossil with up-to-date communications technology and renewable energy infrastructure? According to the recently posted 126-page final report laying out pathways for Asheville‚Äôs transition to 100 percent renewable energy, the city won‚Äôt be able to reach its goal in time without purchasing renewable energy credits as substitutes for direct renewable power generation, but public input rated that option the lowest of various choices. Relying solely on solar panels for municipal buildings won‚Äôt work: Asheville would need ‚Äú960 rooftop solar systems or 73 acres of land‚Äù for power generation, and according to Ear, the City Building is a poor candidate for rooftop solar.

A fresh point of view

So what‚Äôs the city to do? What other cities and counties do all the time: build new facilities and either repurpose existing structures, sell them or tear them down.

Farther afield, Greensburg, Kan., a dying farm town that was blown off the map by a tornado in 2007, has a new lease on life. The entire town is being rebuilt as a model green city powered by wind, solar and sensible daylighting design. The new town hall is breathtaking. Columbus, Ind., internationally known for its architectural excellence, built a stunning new city hall back in 1981; the original 1895 civic building, listed on the National Register in 1979, was renovated in 1986 and later converted into a mix of loft apartments and offices.

Asheville could do something similar, using cutting-edge materials such as superinsulation and solar-generating glass sheathing, concrete and brick. By all means keep Ellington‚Äôs tower intact, but either sell it or lease it. As long as it‚Äôs not part of ‚Äúmunicipal operations,‚Äù the city can declare victory and move on.

Symbolism matters, too. The City Building went up at the end of Asheville‚Äôs horse-and-buggy era: Antibiotics hadn‚Äôt been invented yet, women had only recently won the vote, and Jim Crow reigned. At the building‚Äôs dedication ceremony, the musical selections included ‚ÄúDixie,‚Äù and Confederate President Jefferson Davis got a shoutout. Does that really represent today‚Äôs Asheville?

Ellington himself praised ‚Äúthe broad outlook of the officials who had the project in charge‚Äù for allowing him ‚Äúto entertain a fresh point of view.‚Äù And 92 years later, Asheville should once again look to the future with a fresh point of view, instead of remaining anchored to its past. After all, innovation is renewable energy.