Expedition 63 Commander Christopher Cassidy and Joint Operations Commander Robert Behnken, both NASA astronauts, ventured outside the International Space Station (ISS) for the second-to-last spacewalk to upgrade a portion of the outpost’s batteries located on the S6 truss segment.

The spacewalk, designated US EVA-67, marked the ninth EVA for both astronauts, who have each accumulated over 40 hours of spacewalking time each during their respective careers. The spacewalk began at 07:10 EDT (11:10 UTC) and lasted about six hours.

Upon exiting the Quest airlock, Cassidy and Behnken’s EVA-67 marked the 11th in a series of spacewalks that’s goal is to replace all of the aging Nickel-Hydrogen (Ni-H2) batteries located on the outside of the ISS with newer Lithium-Ion batteries.

The effort to replace the batteries began in January 2017 when Expedition 50 astronauts Shane Kimbrough and Peggy Whitson ventured outside to begin the labor-intensive process on the S4 Truss segment.

In the three and a half years since, NASA and International astronauts have carried out nine more EVAs as part of the replacement efforts, fully replacing the older batteries on the S4, P4 and P6 truss segments and leaving just the S6 Truss remaining.

Chris Cassidy, who launched aboard Soyuz MS-16 in April of this year, and Behnken, who launched the following month aboard SpaceX’s Crew Dragon Demo-2 mission, had already completed two spacewalks focusing on the replacement of batteries on the S6 Truss element’s 1B electrical channel.

The first of those two spacewalks occurred on June 26th, with the second following on July 1st.

Each truss segment contains two power channels, each with its own solar arrays and set of batteries. Cassidy and Behnken’s first two EVAs successfully completed replacement of all six batteries of the 1B power channel on the S6 Truss.

Behnken and Cassidy began work on the second (3B) power channel on the S6 truss today with the goal to remove five of six 3B channel Ni-H2 batteries followed by installation of the first three lithium-ion batteries.

Cassidy and Behnken worked so far ahead of the planned timeline they were actually able to remove all six Ni-H2 batteries instead of just the five per the original plan — which officially completed removal of all Ni-H2 batteries from the Station’s power systems.

With the spacewalk successful, it marked the penultimate EVA in the effort to upgrade the batteries on the ISS.

The final spacewalk, EVA-68, is currently planned to be undertaken on July 21st, with Behnken and Cassidy tasked finishing off the work, which – thanks to get-aheads on previous EVAs – will focus on a spare battery that hasn’t yet been installed in its work location on the Port truss due to the failed battery that had to be uninstalled.

Assuming no extra EVAs are needed, EVA-68 will mark the end of the three and a half year, 12 spacewalk effort to upgrade the power storage systems on the Station, which should meet the outpost’s power needs until the end of the program. 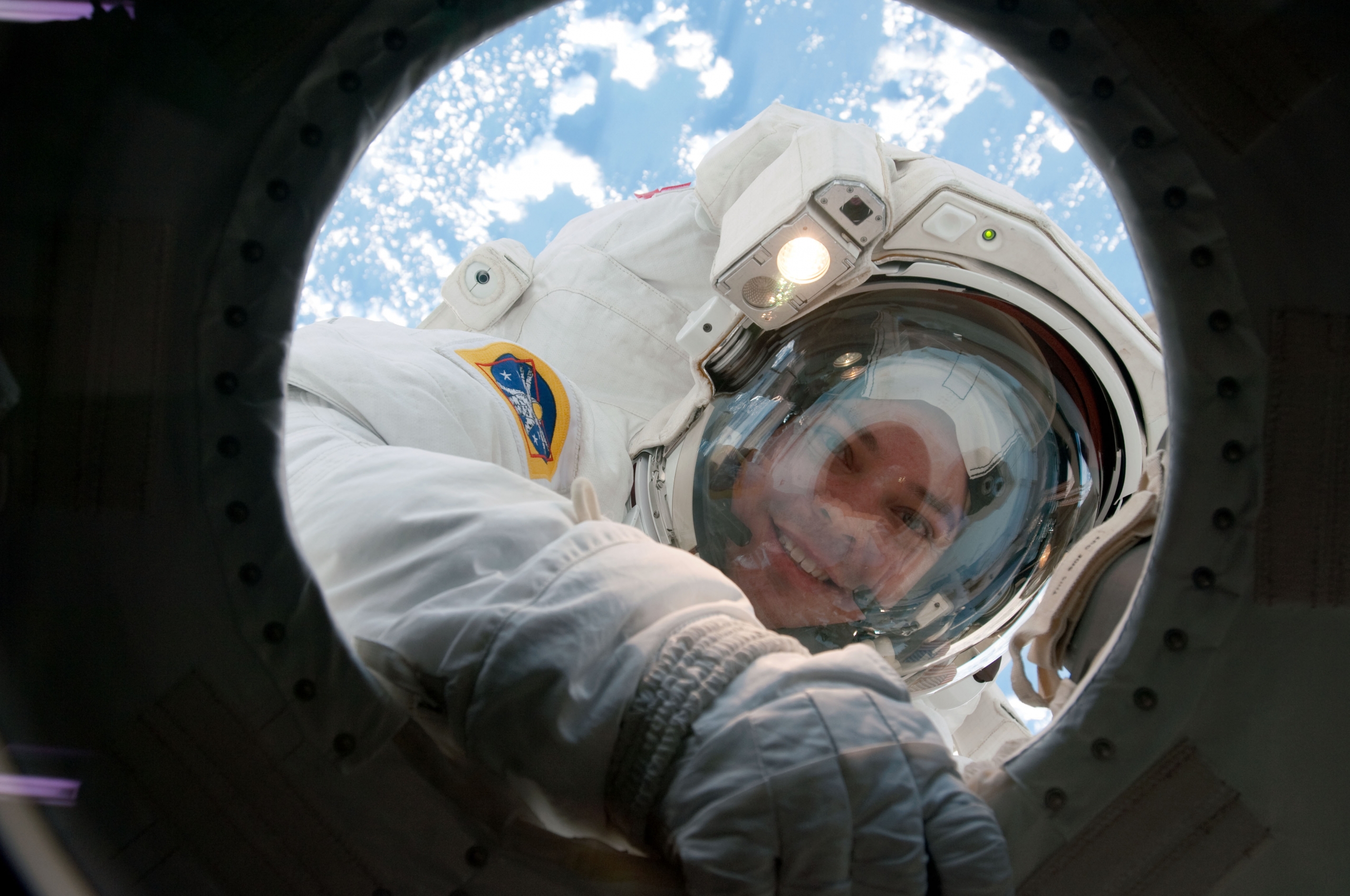 The six lithium-ion batteries being installed on this and the following spacewalk were delivered aboard the Japanese Aerospace Exploration Agency’s (JAXA’s) Kounotori-9 (HTV-9) resupply spacecraft, which berthed to the Station May 25th.

Towards the end of EVA-67, Behnken and Cassidy made their way down from the S6 truss towards the Node 3/Tranquility module in order to prepare the module for installation of the commercially built Bishop cubesat airlock module, which will be used to deploy small satellites from the ISS.

NanoRacks, an American company that has built several technologies utilized today aboard the ISS, have developed Bishop alongside Thales Alenia Space and Boeing, and are set to see it launched in October this year as un-pressurized cargo aboard SpaceX’s Commercial Resupply Services-21 (CRS-21) mission — the first flight of SpaceX’s upgraded Cargo Dragon 2 spacecraft.

Although the Bishop airlock will not begin installation during EVA-67, the “get ahead” tasks will be important in preparing Node 3 for the installation of the small airlock, which should occur shortly after the arrival of CRS-21.

As with the previous two spacewalks, Crew Dragon Demo-2 Spacecraft Commander and Expedition 63 crewmember Doug Hurley will support the spacewalk from inside the Station, helping the two EV crew members suit up, as well as controlling the robotic elements of the excursion from inside the outpost’s Cupola module at the Robotics Work Station. 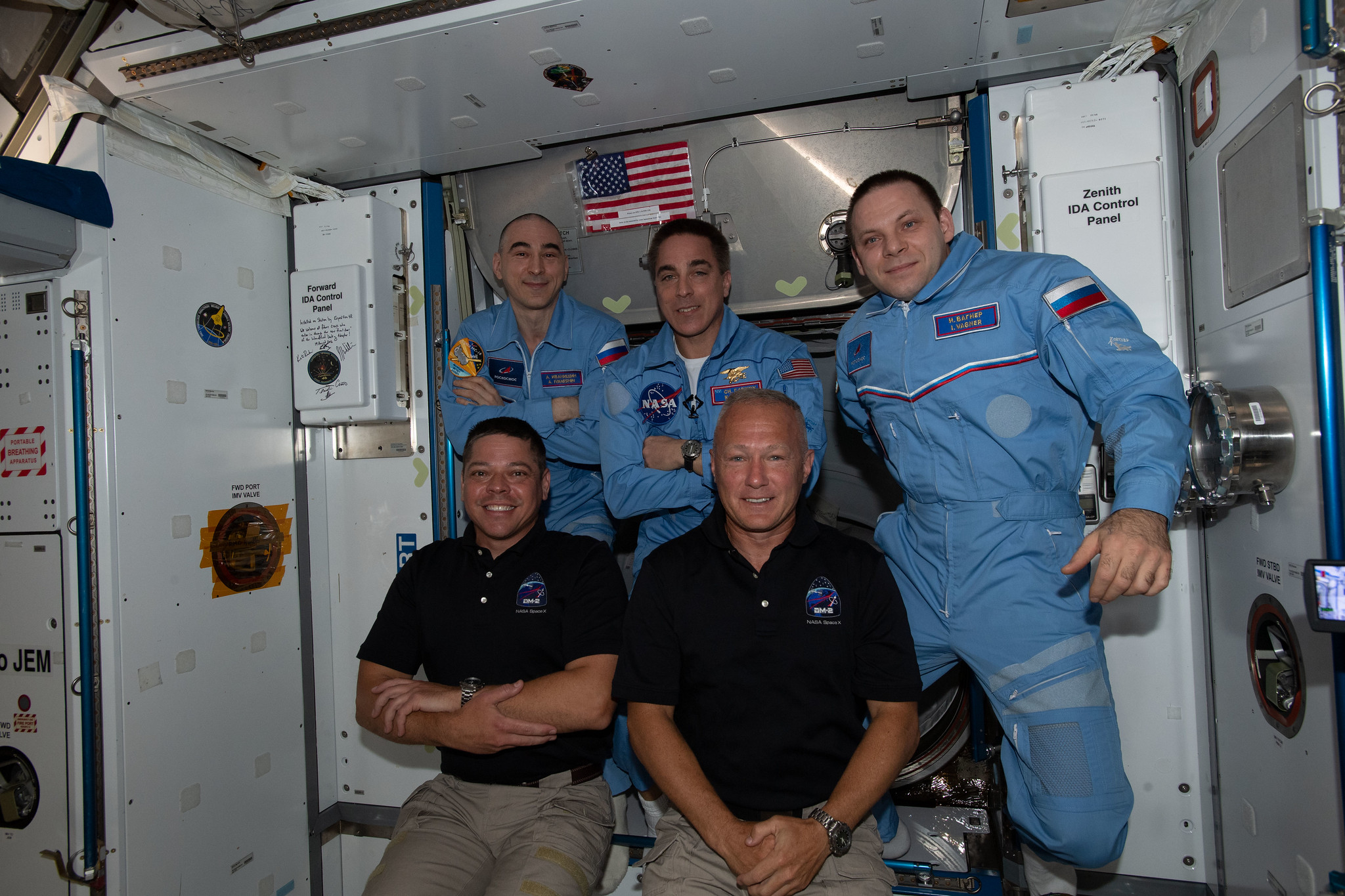 Today’s activities mark the 230th spacewalk dedicated to assembly and maintenance of the International Space Station.

With EVA-67 today and EVA-68 on July 21st, Behnken and Cassidy will have amassed 10 spacewalks each, joining former NASA astronauts Michael Lopez-Alegria and Peggy Whitson with the most spacewalks by Americans.